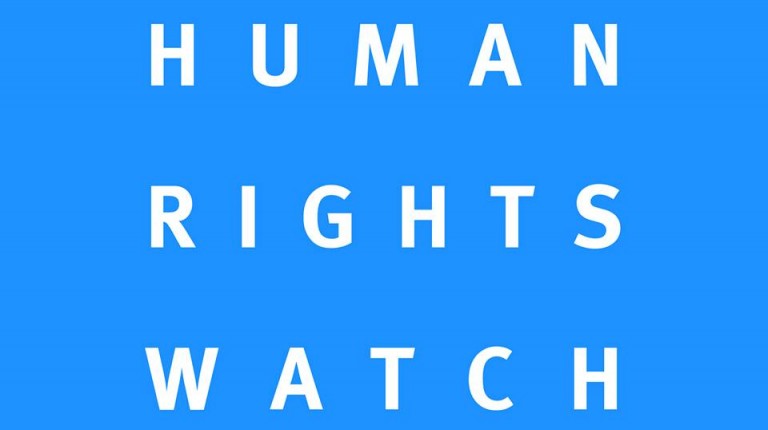 Continuing the backlash on the recently published report by American-founded international non-governmental organisation Human Rights Watch (HRW), Egypt’s governmental press bodies has accused the findings off being unprofessional gathered and concluded. This came in one of the recent responses of the government to the HRW report human rights in Egypt.

The State Information Service (SIS), headed by journalist Diaa Rashwan, declared a report during a conference on Monday, including a detailed critical response to the HRW report. The SIS report included comments related to professionalism methodology of the HRW’s report and accused the organisation of intending to distort Egypt’s image in human rights and being biased against the Egyptian leadership.

Beginning with the methodology that the NGO adopted in the report, the SIS denounced the fact that one researcher only worked on collecting the information and conducting the interviews with cases, urging that this is a work of one person, not one team. This, the SIS asserted, undermines the credibility and accuracy of the report. “The work of one person on such a report contradicts with the established rules of the professional methodology of such reports.”

The SIS viewed the work of one researcher on the HRW report as “mysterious and mistrustful”, explaining that it is not logical for one person to interview 19 people in scattered places and areas in a very short period. It also added that nothing was mentioned about the type of facilities and assistance granted to the researcher to finish the report.

In HRW’s report, no information was provided about the places the researcher conducted the interviews, the number of people who attended the interviews with the interviewees, the condition of these interviews whether they were held in public or private places, in which the SIS said all this missing data could have helped to identify the level of the report’s objectivity and defend its hostile stance against Egypt.

“If the place belongs to the Brotherhood group, whether they were done in a house or an association or whether they were attended by more than one individual, this means the meeting will be directed towards a political path loyal to the group and hostile to the Egyptian political system,” the SIS report said.

The governmental entity believed that the HRW is furthering an agenda against Egypt’s current regime by referring that the HRW report focused on highlighting certain issues, but neglected documenting terrorist attacks that occurred in Egypt since 2013 by groups affiliated to the MB and other extremist groups. It also believed that nineteen people interviewed in HRW report are all affiliated to Muslim Brotherhood (MB) group, saying, “no one can help the report researcher reach these people except members of the Muslim Brotherhood group itself. This clearly explains the political biasness against the government in Egypt.

There was no documentation for alleged injuries, whether by photocopying, medical certificates, or official records, the SIS report further noted. It added that, instead, the organisation published a one-and-a-half-minute video report containing drawings of what it imagines torture is like in Egypt.

The SIS doubted the validity of information published by the HRW regarding statistics on human rights conditions, as the American organisation cited information by non-governmental organisations in Egypt, which is well known for its opposition of the Egyptian leadership and government.

The HRW cited data by the Egyptian Commission for Human Rights, in which it was accused by SIS to be funded by Qatar, the country with which four Arab states have suspended diplomatic ties, including Egypt, due to accusations of supporting terrorism.

The SIS suggested that the HRW could have used information published by any of the semi-governmental organisations, such as the National Council for Human Rights regarding allegations of torture, enforced disappearances, extrajudicial killings, or otherwise.

Throughout the HRW report, the data and stories of the cases were narrated as confirmed facts, without using words or phrases, such as allegedly, reportedly, claimed, or other neutral phrases to describe narrations until being proven accurate, according to the SIS.

The SIS report suggested if any of these words were used, this could have decreased the possibility of showing political biasness against the Egyptian regime.

During the conference, Rashwan asserted that Egypt has been committed with human rights standards that was stipulated in the 2014 constitution. He further listed conventions signed by Egypt in the field of human rights.

The SIS report has been keen on acquitting Egyptian authorities from the accusation reported by the HRW that there is systemic torture in Egypt. “The report contained a large number of fallacies and misleading information, apparently intended to convey the political message that its title bore, namely the accusation and condemnation of the Egyptian regime led by President Abdel Fattah Al-Sisi against the systematic violation of human rights,” said the SIS.

During the conference, Rashwan said that the report ignored the number of martyrs among Egyptian civilians due to terrorist operations started since January 2013 to date. There are also hundreds of martyrs of army and police martyrs, as well as judicial entities.

Furthermore, Alaa Shalaby, the secretary general of the Arab Organization for Human Rights, said that, since 2014, there have been investigations and judicial convictions and penalties against the perpetrators of torture, and “it is unfair to link the phenomenon of torture in Egypt, which was happening before January 2011.”

Shalaby further clarified that torture in Egypt declined due to deterrent measures that started in 2014 until mid-2015, as ten cases of torture were committed and the perpetrators were punished. Moreover, 33 police officers were referred to trial.

Hours before the SIS conference, the parliamentary human rights and social solidarity committees met to discuss the HRW report. Alaa Abed, the head of the Human Rights Committee, said that the report included inaccurate and false information believed to aim interference in Egypt’s affairs.

“The foreign organisation has always dealt with the human rights situation in Egypt in an unrealistic way, which expresses political intentions and reasons more than being really concerned with human rights in its true sense,” Abed said. He added that the report also carried a clear incitement against international community to take punitive measures towards the Egyptian state in international forums.