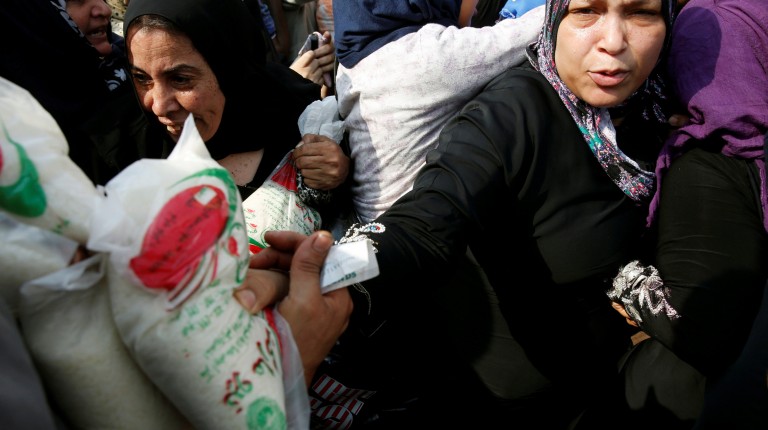 The Coptic Orthodox Church celebrated Tuesday the Feast of the Assumption of Mary across all Egyptian governorates. Processions through the street around The Holy Virgin Mary Monastery in Assiut took place on Tuesday eve, as well as prayers and celebrations across other churches and monasteries such as the Virgin Mary and Mar Youhanna Church in Sharqeya among others.

Meanwhile, The Copts-United website reported on Tuesday that prayers in a village in Abu Qirqas city in the governorate of Minya took place in the street after security forces closed the space for prayers, which is affiliated to the Minya Archbishopric on Sunday.

According to the website, Copts who weren’t allowed in by security forces voiced their anger of having their right to practise their rituals violated in submission to extremists. One citizen was reported to have said they prayed in the streets, and the police filed a report against them on accusations of “practising religious rituals without permission.”

On the other hand, the security narrative, as reported by news websites, was that the Copts were illegally using a residential place to do their prayers and that security interfered to protect them from any attacks. Some headlines read “security forces prevent sectarian strife in Minya.”

A security official, the head of Abu Qirqas city, was quoted to have said that some Muslim citizens objected to the Copts’ prayers inside a house on grounds of not having the licence to do so, adding that nobody was arrested, confirming the police report on “rituals without permission.”

Such pretexts have been used to trigger attacks on Copts, as Minya is one of the main governorates witnessing violence against them whether in sectarian strife or in terrorist attacks.

The last of these attacks was a shooting on a bus in the governorate on its way to Saint Samuel Monastery, killing more than 20 Copts, including children, which was claimed by the Islamic State (IS) group in May.

Earlier in April, the militant group claimed Palm Sunday attacks where suicide bombers detonated themselves in two churches, one in Minya and the other in Alexandria, leaving more than 40 people dead and hundreds injured.

Minya had also witnessed a series of sectarian attacks last summer, one particularly stirring public outrage and promises by President Abdel Fattah Al-Sisi to have the perpetrators held accountable. A Coptic 70-year-old woman was stripped off her clothes and dragged through the streets by an angry mob, in clashes that followed rumours of an ongoing affair between a Muslim and a Christian.

The incident took place in May 2016. More than a year later, 25 defendants saw their first trial session take place on Monday. The trial was postponed to December. Many of the defendants are not in custody and were previously released on bail pending trial.

Originally, authorities had closed the case for lack of evidence, but public figures had pressured and complained to the Prosecutor-General to reopen the case.