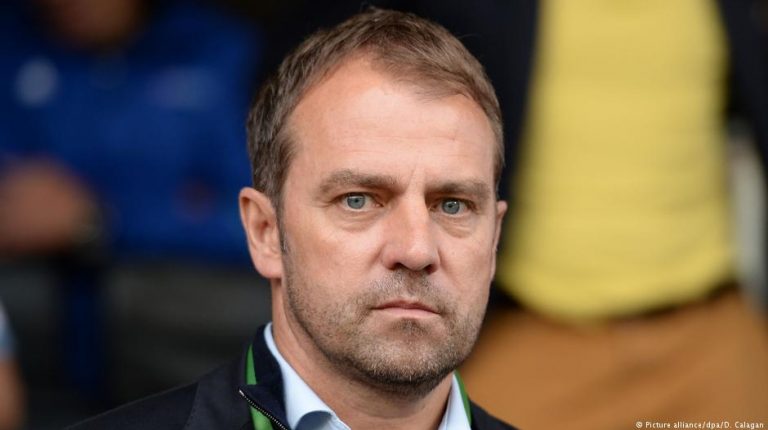 Hansi Flick, long Joachim Löw’s right hand in the German national team, is returning to the club scene. He’s rejoining Hoffenheim, a club he coached while it was still trying to climb the lower league ladder.Hoffenheim’s first key recruitment for the coming Champions League campaign is not a marquee player, but rather a new senior executive, best known for his time alongside Joachim Löw with the German national team.

Hansi Flick, a Bayern Munich and Cologne midfielder in his playing days, is joining Hoffenheim as sports chairman, several months after bringing his contract with the DFB football association to an early end because of “personal and familial considerations.”

“I am convinced that because of my varied experiences I can not only carry out this exciting, multifaceted and forward-looking task – but also bring fresh impulses to it,” Flick said, adding that his “batteries are now fully recharged.”

“I am very happy to be returning to a position of responsibility in the Bundesliga after a very successful decade with the DFB,” Flick said. “In coach Julian Nagelsmann and professional sports director Alexander Rosen I have the best people you could possibly wish for at my side. The latest developments at Hoffenheim are very closely tied to Julian and Alex.” Flick described the task now at hand as “systematically following the path [we’ve] embarked upon.”

Before Flick’s appointment, Rosen answered to executives Frank Briel (finances), and Peter Görlich (sport). Flick will now become the more recognizable name in a trio at the top, with Rosen still broadly responsible for hiring and firing and Nagelsmann for on-pitch matters.

Once a coach, now an executive at Hoffenheim

“Hansi Flick is one of the highest-profile experts in German football. It fills me with great joy that we were able to secure him for us. He strengthens TSG’s leadership team in the most ideal way with his experience and his contacts,” Hopp said in a statement on Hoffenheim’s website.

Flick coached Hoffenheim from 2000 until 2005, albeit failing to win the club promotion to the German second division in that time. He and Hopp have known one another for years.

Hopp also stressed that Flick’s appointment would not threaten Alex Rosen’s position, saying he had carried out “very good” work so far. “We’re in talks on a contract extension,” Hopp said.

Hoffenheim are entering their 10th Bundesliga season in the next campaign, and their first foray into European competition, either in the Champions League or the Europa League if the final Champions League qualification round trips them up. However, Flick will have immediate summer headaches to discuss with Nagelsmann and Rosen. Two crucial water carriers, central defender Niklas Süle and midfield workhorse Sebastian Rudy, are leaving Hoffenheim for Bayern Munich in the off-season.