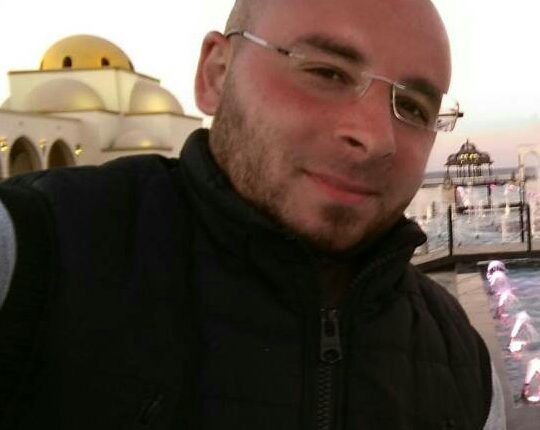 The founders of the FlyEx.aero application plan to attract investments of $200,000 in a first phase to cover the costs of their initial expansion plan.

Founder & CEO Osama El-Masry and Tamer Tayseer, co-founder & digital marketing director, said that the application aims to create a competitive atmosphere between airlines according to the quality of service offered to passengers and based on travelers’ feedback and ratings.

They noted that they plan to increase the number of users to 0.5 million by the end of the year, with a focus on expanding into the Gulf countries and the United States.

What is the nature of the services provided by the application?

The application that we launched provides flight booking services at the cheapest prices, through searching and comparing the prices of hundreds of airlines and websites—like most competitors. Yet what is unique is that we associate airline rankings along with prices to users which enables them not only to choose their flights based on the cheapest prices, but also considering the quality of service offered by each airline. Such a concept has been available for hotels for decades, but not for airlines so far, and this is exactly what we are trying to achieve through the FlyEx.aero app, aiming to change the flight booking industry for good. We have started working on and developing the application over the past two years to make it easy to use and meanwhile providing the best user experience.

It is well known that most airlines compete to provide the best level of service for their First and Business classes, where most of their revenue comes from, although they only account for 10% of total flight seats. Meanwhile, the rest of classes and especially the Economy class is always determined by the price, therefore a focus on comfort and quality of service are almost non-existent and are very similar across most of the airlines. Hence, we aim to change this by creating a competitive environment between airline companies across all classes through giving power to passengers to voice their opinion on the provided services and consequently considering quality as well as price in their booking decision process.

The application allows passengers to express their views in a quick and easy way towards the provided services by the airlines during their flights and their overall flight experience, which directly and immediately affect the ranking order of the airlines in our system index. This is then made available to all users during their search and booking process, which enables them to choose the best airlines to fly with in terms of both service and price.

How did you get the idea for the app?

Initially, I was working on a technological system for traffic management. I traveled to China in an attempt to implement the system there, but the experience was not successful due to the bankruptcy of the manufacturer. This forced me to begin working on a new system related to the problem of high baggage loss rates for travelers, especially during transfers; however, I faced many problems related to aviation authorities’ approvals and corresponding bureaucracy, which was difficult to overcome for a startup company.

While attending an international aviation event attended by major airlines’ executives, where I was discussing the baggage loss prevention system, the idea of generating new revenue streams for airlines through selling ancillary services and their reliance on digital solutions was heavily discussed. This helped form the idea in my head by the end of 2013, until finally the first version was released in September 2016.

What distinguishes your application from other competitors?

The service we provide is not only flight booking and ratings, but we also offer a number of other features and services, such as a flight organiser, flight status tracker, and even setting an automated assuring message to beloved family and friends once the flight departs/lands, while users focus on travel logistics.

Additionally, the application allows tracking flights so users can keep a close eye on flights of their relatives or friends. It also enables users to learn about the time difference, exchange rate, and weather conditions at their intended destination.

The application also provides information on the flights themselves, including the type of plane and the services provided on board, such as internet and USB ports. This information varies from flight to flight and travelers cannot find them usually, except after some time searching the internet across different websites. Instead, FlyEx.aero app provides them with all this information and more in one app, and even before making their final booking decision.

Furthermore, we also equipped the app with a language assistance service that includes the most important travel statements in 10 different languages to facilitate communicating with local residents, especially in non-English speaking countries, e.g. China, Hungary, Bulgaria, Japan, and Turkey, etc..

In addition to all these features, we are launching a totally new feature, which is airports’ maps for major airports in order to show users how to get around in the airports in terms of gates, lounges, restrooms, and other airport service areas. We are also working on adding mobile services offered by some airlines, such as issuing mobile check-in (mobile boarding pass), modification and cancellation of bookings, and frequent flyer programme access. This is all done from the app itself, which means that users can dispense of other apps on their mobile devices for the various airlines they travel with and rely instead on FlyEx.aero app.

What other features do you plan to add?

In the near future, we plan to add hotel booking services and other essential travel services through the application. Our main driver is to provide the largest number of travel services in one application and hence relieve the burden from the user to refer to multiple other apps/resources to get his travel tasks done.

How many airlines are currently in use?

The application has all the airlines in the world, but the ranking service is only available for 100 airlines so far.

How many downloads has the application seen until now? And what is your target?

There are now more than 5,000 downloads, but we aim to reach 0.5 million downloads by the end of 2017. This relies on our marketing plans and completing an agreement to obtain seed funding from one of the funding platforms.

What is the percentage of Egyptian customers out of the sheer number of users?

Egypt is currently ranked fourth among the number of users of the application, while India ranked first, followed by Pakistan, and then the US in third. We aim to focus on the Gulf and the US in the coming period.

What basis is used for rating airlines?

We have key sections through which the customer rates their flight experience with the airline, such as the flow of the flight, based on the smoothness of the takeoff, landing, and air turbulence management, in addition to hospitality and courtesy of the cabin crew, and of course the quality of meals and beverages offered during the flight, all the way through to the details of the plane itself, in terms of comfort, entertainment system, A/C, etc..

We currently communicate with a number of specialised investment funds and we reached advanced stages with one of them. Additionally, we are negotiating with a travel agency company to partner with to cooperate in the field of hotel bookings and holiday package reservations through our application.

What is your mechanism for making profits through the application?

In the first stage, we will get a small margin from the booking transactions, and then in the future, there will be a new mechanism to maximise revenues through offering business solutions to airlines and airports, but this will highly depend on the number of active users then.

What is your target size of investments?

Usually, the seed funding phase aims for $200,000, which is enough for our first phase, allowing us to reach our target of a base of 0.5 million users.

What are your target markets for expansion in the future?

We aim to expand in Europe and the United States, especially as US users are amongst the most frequent users, with a 65% retention rate, knowing that the industrial standard ranges between a 30% and 40% retention rate, which is a pretty good indicator that we are on the right track and targeting the right user profile.

Are there any current negotiations with Airline Companies?

We actually started establishing contacts with one of the Gulf airlines and are working on more approaches with number of airlines in the Middle East region. Yet, since we are an Egyptian startup, we hoped to have our first cooperation with EgyptAir or Cairo Airport Company for mutual benefit and boosting the Egyptian travel industry in such a challenging economy, but as you know, bureaucracy is our greatest enemy.

The photographer behind Marilyn Monroe’s most iconic photo

Road to 27: a young initiative to discover Egypt

Al-Sisi travels to Jordan as Arab League Summit kicks off