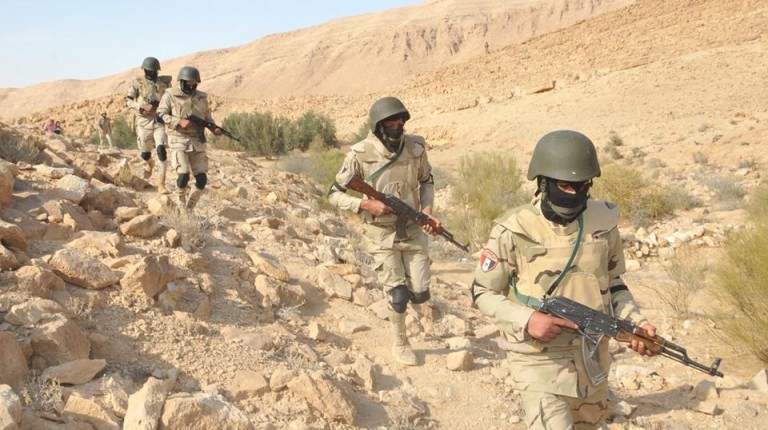 The military spokesperson declared on Sunday that the army had killed 18 militants in security operations that allegedly “secured and established control over Mount Halal in Central Sinai.”

According to a statement from the army, the operation started by gathering intelligence from security forces and local citizens. This was followed by a siege and ended with an assault.

The army added that the raid resulted in the arrest of 31 militants. Moreover, a number of caves, cars, and stashes of explosives were destroyed. The forces also reportedly found dens which militants supposedly used for shelter.

Mount Halal lies in central Sinai and stretches to Al-Naqab desert in Israel. It was raided before in 2005, after the deadly Taba bombings, and in 2012 after the second Rafah massacre, which killed dozens of conscripts.

The mountain has been controlled by the local Bedouins, who have great knowledge about the area’s terrain and have experience with navigating through the mountain range that was said to have harboured militants.

The only source about the raid remains the detailed army statement published on Sunday.

Since 2013, state security forces, represented in both the army and the police, have been engaged in violent clashes with Sinai Province, known previously as Ansar Beit Al-Maqdis. In 2014, the group declared its affiliation to IS and has launched deadly attacks on army and police checkpoints.