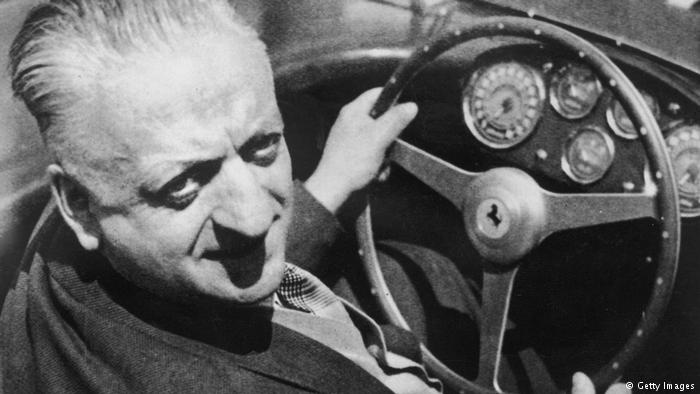 Italian police have revealed details of a macabre plan to exhume the Ferrari founder’s remains and then try extort either the family or the company. Enzo Ferrari is among motoring’s best-known names.Italian police in Sardinia were investigating a criminal gag specializing in arms and drug trafficking – little did they know that their efforts would uncover a plot to steal one of Italy’s most famous corpses for ransom.

Detectives were investigating around 30 crooks known to be exploring other money-making schemes besides running guns and drugs.

One of these was a plan to steal the mortal remains of Enzo Ferrari – the founder of the car company and race team Ferrari who died in 1988 – and then try to sell them back to either the Ferrari family or the company.

Police said that the conspirators had drawn up detailed plans on how to steal the coffin, hide it, and then contact the family. The 30 suspects were rounded up and collared on Tuesday.

Such cases are not unheard of in Italy. One of the more famous recent cases was the 1992 theft of the body of Raffaele Bagni – the son of former Italian international Salvatore Bagni, killed aged 4 in a car crash. Italian cases also reputedly inspired the 1978 theft of Charlie Chaplin’s coffin in Switzerland by a Polish and a Bulgarian grave robber.

Ferrari’s remains are buried in an above-ground tomb in the San Cataldo cemetery in Modena, near Ferrari’s factory at Maranello in central Italy.

A soldier in World War I who lost his father and brother to a 1916 flu epidemic in Italy and then survived the illness himself during the 1918 global pandemic, Ferrari went on to found one of the most recognizable car brands in history – encapsulated by the prancing horse logo.

Nicknamed “Il Commendatore” (the commander) or “Il Drake” (the dragon) to those who knew his fiery temper, he died at the age of 90 in 1988.