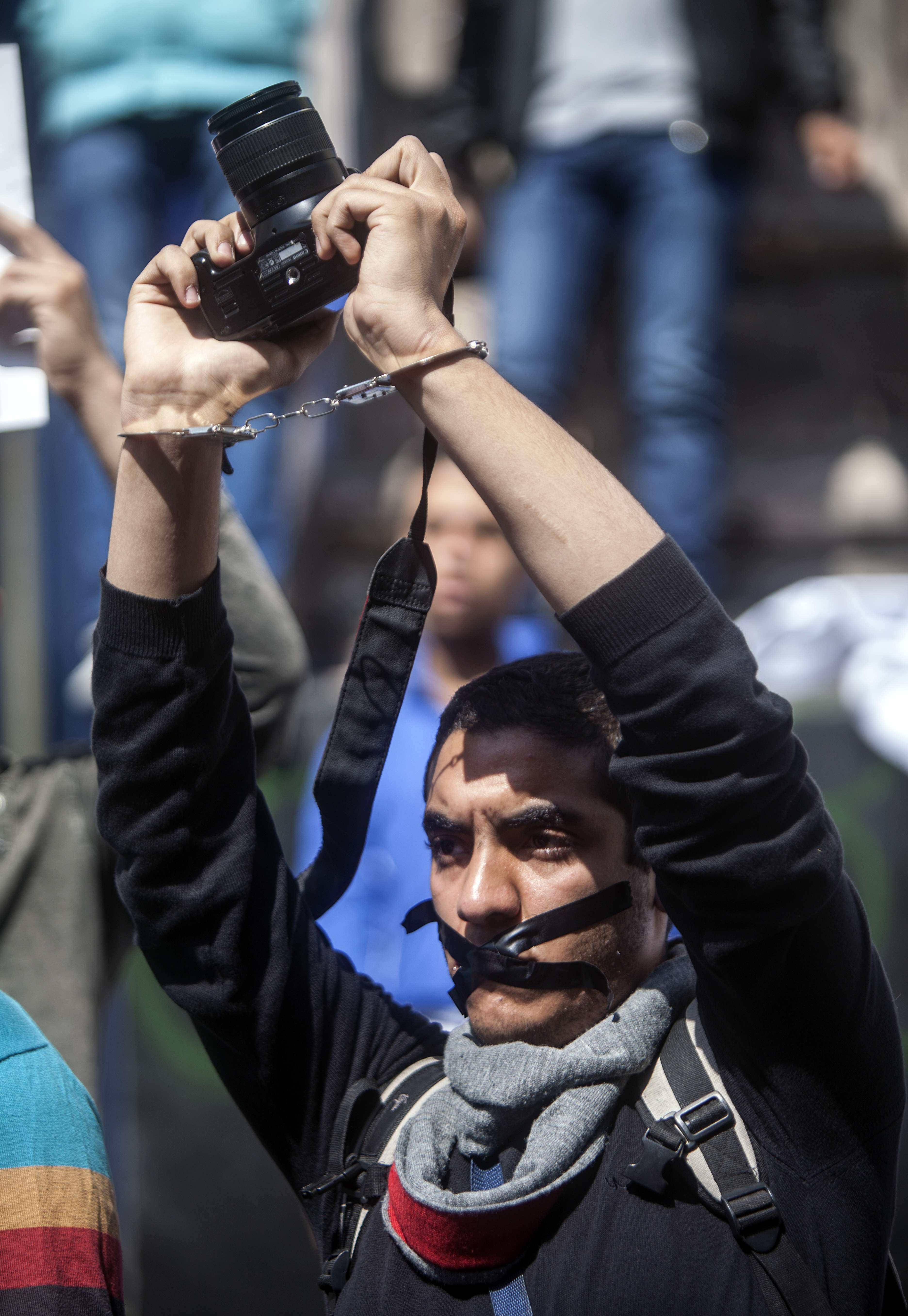 The Cairo Criminal Court, headed by Judge Hassan Farid, rejected on Tuesday the appeal by the prosecution to release three photojournalists who were accused of belonging to the outlawed Muslim Brotherhood (MB).

The photojournalists were released on Sunday on probation, which entails them to go to the police station closest to their homes three days a week.

The photojournalists were arrested while shooting a video in the vicinity of the Press Syndicate in downtown Cairo in September.

The prosecution further accused them of unlicensed photography, spreading rumours and false information, possessing illegal records, threatening the country’s stability and security, and airing videos on channels affiliated to the MB.

According to the Press Syndicate in 2016, there are about 30 journalists imprisoned in the country. The syndicate has called for their release for a long time.