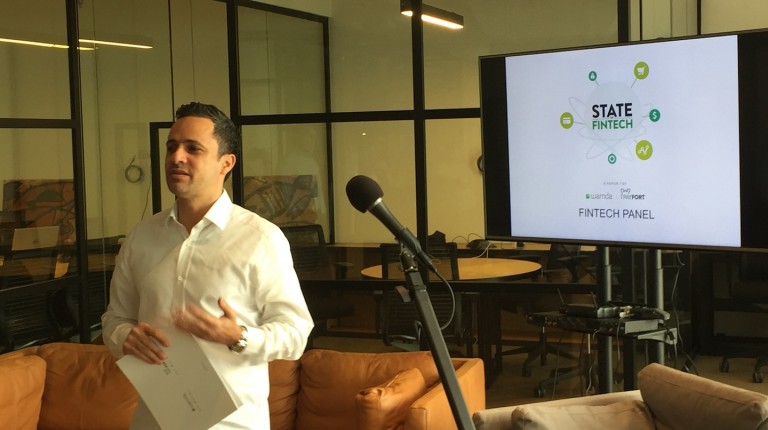 PAYFORT and Wamda companies issued a report about the directions of the financial technology industry (FinTech) in the Middle East and North Africa regions, and the report is considered to be the first of its kind in this field.

PAYFORT is a company for providing e-payment services in the Arab world, while Wamda represents is a platform in the field of entrepreneurship support in the region.

This report was announced during a press conference held at the Wamda offices, followed by a discussion regarding the most notable issues that require support from the concerned authorities and all parties in this sector.

According to Fadi Ghandour, executive chairperson of Wamda, the banking and traditional financial services sector is seeing fierce competition between the emerging companies in the FinTech field, which are using the creative digital tools in providing easy usage solutions at lower costs.

Omar Soudoi, managing director at PAYFORT, said that the report showed that the FinTech sector will continue to grow fast in the region. The statistics also indicate that the available financing for the small and medium-sized enterprises (SMEs) represents half the global average only.

E-commerce is expected to see great growth, which will reach four times its current size during the next five years. The research also showed the readiness of 50% of banks’ customers to deal with the new digital services, while 86% of citizens have no bank accounts.

According to the report, emerging companies working in the field of financial technology have spread in 12 countries in the Middle East. Statistics show that three out of four emerging companies choose Egypt, Jordan, Lebanon, or the United Arab Emirates (UAE) as their base country. UAE is the headquarters of 50% of these emerging companies. Workers at them total 1,600.

With the current challenges facing global and regional economies, as well as the obstacles that limit the work of financial sectors in the region, and the limited financing opportunities, emerging companies in the field of financial technology managed to obtain financing worth $100m over the past decade. Nevertheless, financial flows and deals with investors are expected to increase. The report expects the volume of investments in emerging companies in the field of technology to reach EGP 50m in 2017.

According to the report, the volume of global investments in financial technology companies was estimated at $16.1bn in 2016, compared to $22.3bn in 2015.

The report noted that lending and collecting capital is considered a promising sector in financial technology.  The number of emerging companies in the sector is eight, with a total value exceeding $1bn. The value of the sector of electronic payments has exceeded $1bn, with a total number of five companies, followed by the sector of insurance with two companies, and the sectors of wealth management and money transfer.

It is expected that electronic commerce in the region will witness strong growth, becoming four times its current strength over the next five years, expected to reach $29bn by 2020. The companies of financial technology play a major role in achieving this growth. The industry of financial technology witnessed a major increase in the volume of investments in 2015 and 2016, where the flow of deals recorded a 43% increase, whereas the volume of deals increased by 100%.