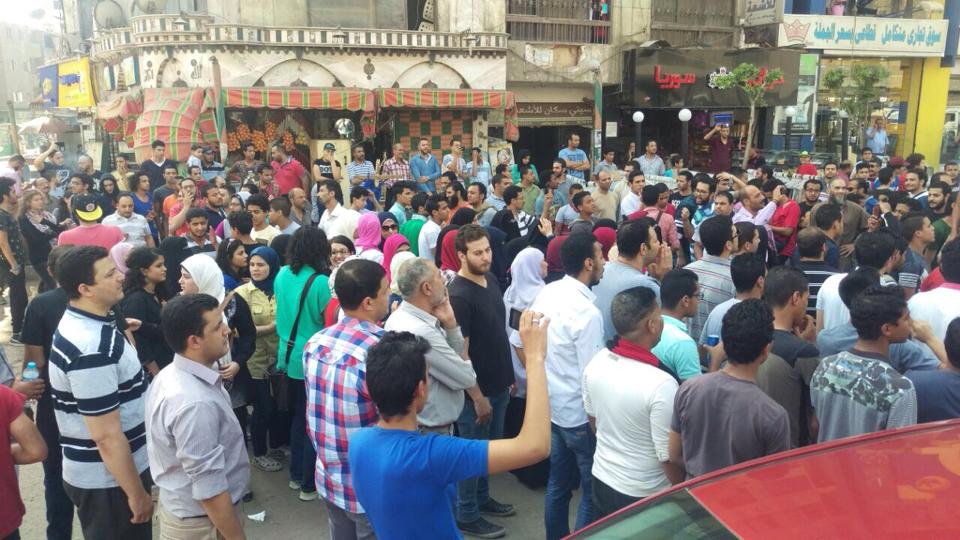 The heads of local non-governmental organisations (NGOs) complained of the dire consequences a preliminarily approved the draft NGOs law would have on their work during a press conference on Sunday arranged by the 25-30 Alliance. The NGO leaders asserted that the new law would effectively eliminate civil work in Egypt.

The conference comes after the State Council announced on Monday that it concluded reviewing the NGOs law and will send it back to parliament for further approval, according to the state-run Akhbar Al-Youm.

The 25-30 Alliance, which is considered to be among the voices of opposition in parliament, arranged the conference to announce its stance and commentary on the draft law. The conference also presented an opportunity for NGO leaders to voice their opinions and concerns regarding the draft law.

All of the alliance’s members attended the conference, in addition to other MPs, legal experts, and journalists. It should be noted that leaders from most human rights NGOs were absent.

The alliance previously announced its rejection of the draft law, on account of the chokehold it places on civil work in Egypt.

The draft law was constructed by Abdel Hady Al-Kasby, head of the parliament’s Social Solidarity Committee. Another draft was sent by the cabinet to the parliament in September, but was not discussed.

Comments by NGO leaders on the draft law included criticism of certain articles related to the donations and fees required for the establishing organisations.

They all measured that enforcing the law would enact a serious impact on NGOs working in the fields of medicine and development, which comprise the majority of NGO work.

All of the leaders nearly synonymously agreed that the law would be detrimental to civil work, with the exception of an NGO founder from Beni Suef, who praised the law because he believed it would prevent the Muslim Brotherhood from interfering in the work of civil society.

MP Ahmed Sharqawy, the alliance’s spokesperson, told Daily News Egypt: “The parliament’s law would impact NGOs working in societal development and charity, putting into consideration that this law would address around 47,000 NGOs. We needed a law that would regulate the work of NGOs, but not in this way. Therefore, we believe that the government’s version is better.”

Regarding the alliance’s role, he said that we will use all political and parliamentary tools available to illustrate these concerns to the parliament in order for the law to be amended.

If the comments on the law would be applied as amendments it would change the direction of the law, said Sharqawy.

El-Hariri illustrated the comments and comparison between Al-Kasby’s draft law and the government’s in his closing speech.

In Al-Kasby’s draft law, article 8 is related to the establishment of NGOs and stipulates that an official document on the NGO’s work must be submitted that includes its location. A fee of EGP 10,000 should be paid to start the NGO, and be presented along with criminal profiles of its founders and financial disclosures. Executive regulations may require that more documentation be submitted.

El-Hariri commented on the part pertaining to executive regulations, explaining that this implies there are other documents that may be required and there is no clarity about what they are. He also added that all these terms contradict Article 75 of the Constitution, which gives NGOs the right to establish themselves based solely on notification. He also commented on the amount of money needed for establishing an NGO, saying that this is complicating the process.

Regarding the establishment of NGOs in the government’s version of the law, article 4 only requires every founder to submit legal documentation proving that he or she has never served any prison time and has not been accused in any criminal cases, adding that whoever submits a fabricated report will be punished. It also requires that only EGP 1,000 be paid for starting an NGO and did not mention that the executive regulations would require any other documentation.

In Al-Kasby’s law, article 9 stipulates that the NGO will be established only after its founder has received approval, and it should not be approved if the founder has made a mistake in the documentation or failed to submit any documents.

This article is not included in the government’s law.

Article 19 in Al-Kasby’s law states that if any NGO wanted to participate with another organisation, whether local or international, in any civil activity that aligns with its purpose, it should receive a licence from the authorities permitting such work. It also states that the administrative authority will set the rules for both NGOs being able to cooperate.

Meanwhile, article 11 in the government’s law stipulates that the NGO should notify an administrative court of such work, and can begin work on the activity after 60 days if it has not received a rejection notice.

In article 21 of Al-Kasby’s law, it states that an NGO can relocate its headquarters and open a new office or headquarters in any governorate, but only following ministerial approval. The NGO must submit documentation that discloses the new headquarters, including any new activities that will be carried out by the NGO in this space.

However, the government’s law states that NGOs can relocate by simply notifying the authorities, and may move its headquarters after 30 days so long as no rejection notice was received.

Article 24 in Al-Kasby’s law stipulates that NGOs should notify the administration of any financial grant, and if no response is received in 60 days, that means the grant has been rejected. On the other hand, the government’s law says that the NGO should seek approval from the coordination committee.

Moreover, Al-Kasby’s law includes harsh prison sentences for any NGO member who violates the law, ranging from one to five years in prison and fines between EGP 50,000-1m.

Facing lack of donations, NGOs turn towards self-sufficiency in 2018