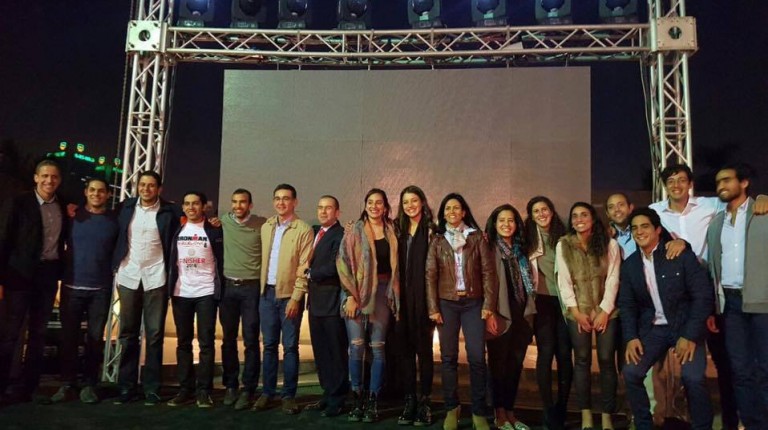 At the Great Cairo Library on Saturday, TriFactory celebrated Egypt’s first ever full team of triathletes successfully taking part in the Ironman race in October in Barcelona.

The team consisted of 20 athletes, 17 of whom managed to finish the race.

Ayman Haky, founder of TriFactory, and one of the athletes who participated in the Barcelona Ironman, said: “For a triathlon athlete, the Ironman race is like the World Cup for a footballer, as the Ironman is the longest triathlon race.”

The sporting group began in 2012 and in just four years, TriFactory managed to send the first Egyptian team to compete at the Ironman race.

The Ironman consists of swimming for 4km, cycling for 180km, and running for 42km. The longest portion is the cycling which can last from six to seven hours.

On Thursday, TriFactory will celebrate the Sahel Hasheesh Triathlon 2016, considered to be the largest triathlon championship in Egypt, as around 750 triathletes from around the world will participate.

TriFactory’s current goal is to form an Arab triathlon team, comprised of athletes from different Arab countries, which can compete in the Ironman race.