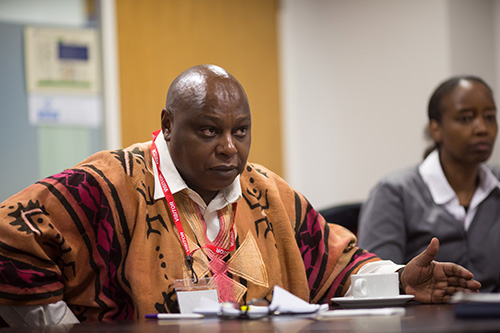 United Nations Special Rapporteur on Freedom and Peaceful Assembly and of Association Maina Kiai warned on Tuesday about the restrictions that are being imposed on civil society in Egypt, particularly on human rights organisations and defenders.

In a statement issued by the office of the UN High Commissioner for Human Rights (OHCHR), Kiai said that there is a continuation of the government’s crackdown on human rights defenders and civil society organisations.

The Kiai’s statement came a few weeks after a court ordered that the assets of five human rights activists in Egypt, including journalist Hossam Bahgat and activist Gamal Eid, be frozen. The assets of three non-governmental organisations in the “NGOs foreign funding” case were also frozen.

Kiai described the crackdown on civil society as a systematic attack and an attempt to silence its society’s voice. Regarding the draft law pertaining to NGOs that was approved by the cabinet on 8 September, Kiai said that the suggested law will restrict the work of NGOs in their development and societal objectives.

Kiai added that this law may impose further restrictions than Egypt already has, which will raise questions regarding Egypt’s adherence to international human rights obligations.

The UN special rapporteur concluded his statement by urging Egypt to halt its ongoing harassment against human rights defenders and civil society. He also called on Egypt to ensure the compliance of the draft NGO law with international standards and conduct full consultation with civil society organisations.

The “NGOs foreign funding” case dates back to December 2011 when prosecutors, backed by police forces, stormed 17 offices of local and international organisations. All were accused of receiving illegal foreign funds.

US-Russian truce in Syria may be extended as clashes continue, civilians wait for aid