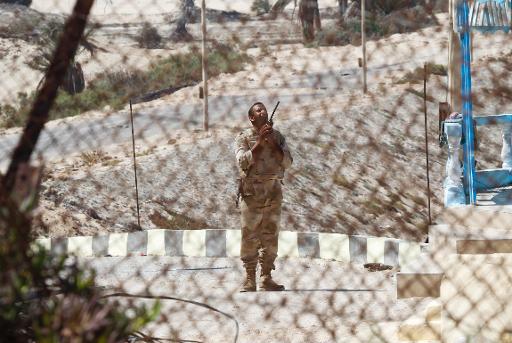 The amount of daily, ongoing operations executed by Islamic State (IS)-affiliated group “Sinai Province” against civilians, police, and army personnel in North Sinai are on the rise.

Five conscripts from the Central Security Forces (CSF) were killed on Saturday evening in an armed attack that targeted their private vehicle while they were driving through Al-Arish city, located in North Sinai, according to a statement from the Interior Ministry.

The militants launched the attack from a private vehicle near Al-Arish First District Police Station, opening fire on the conscripts as they returned from holiday.

“The attack resulted in the death of five conscripts,” read the statement. “Their bodies were transferred to hospitals in the area.”

Following the attack, police forces setup strict checkpoints in the areas surrounding the attacks. A number of operations were launched to sweep the area and arrest the perpetrators, a North Sinai-based journalist told Daily News Egypt on condition of anonymity.

On the other hand, residents of Sheikh Zuweid city in North Sinai found on Sunday morning the heads of two slaughtered residents from Abu Tawila suburb, according to a North Sinai-based journalist.

Mohamed Salem, 22, and Ahmed Khalil, 19, were reportedly kidnapped by militants who are believed to be members of “Sinai Province”, as the latter suspected them to be informants for army and police forces.

Last week, “Sinai Province” published photos of the execution of North Sinai resident Abdel Rahman Salem Al-Mubarak, who had earlier gone missing. He was shot by a member of the group.

“Similarly, the decapitated heads of two citizens, who were also reported missing, were found last week near the Abu Arafat district, south of Rafah city,” a Rafah-based journalist told Daily News Egypt on condition of anonymity.

As of recently, militants have been kidnapping North Sinai residents, who they suspect to be “operators” collaborating with police and army stationing points in the governorate on a regular basis. Some of them are shot or slaughtered, and then left in popular squares in Al-Arish city, according to earlier statements from the IS-affiliated group, which included footage of a kidnapped person being killed.

The majority of the kidnappings happen in plain sight of other residents, on streets, or at tribal groupings. “Militants penetrate tribal groupings and quietly ask the wanted person to follow them,” a Rafah-based journalist previously told Daily News Egypt.

As part of the ongoing series of assassination operations against security members, three non-commissioned police officers and a taxi driver were killed last week by armed militants in El-Masseid in Al-Arish city.

The three officers were in a taxi when militants on motorbikes opened fire on them and the driver. The three police officers died on the scene, while the driver died as he was being transferred to the nearest hospital, according to a North Sinai-based journalist.

These types of attacks are believed to be conducted by “Sinai Province”, which regularly targets army and police personnel, considering them “apostates” who should be killed.