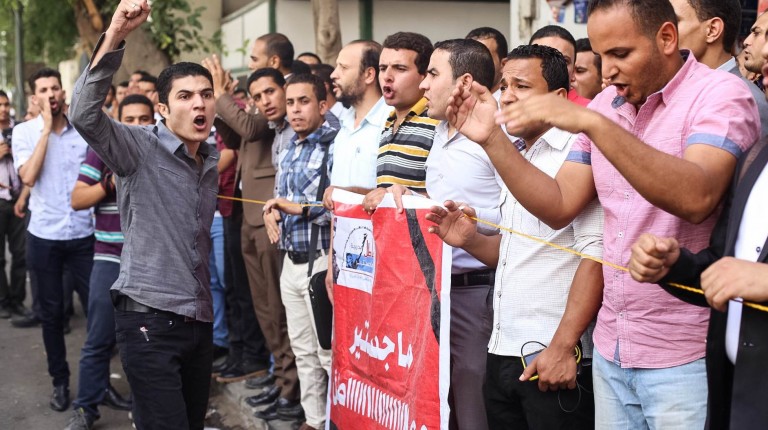 Dozens of post-graduate degree holders organised a protest on Tuesday in front of the headquarters of the cabinet, demanding employment in the Ministry of Higher Education and other government jobs.

Sabry also said that no serious measures have been taken to employ those from the class of 2015 that are still without jobs.

Reporter Solafa Magdy said that there were intensive security measures in the vicinity of the cabinet, adding that plainclothes security personnel were present in the surrounding area.

Master’s degree holders have protested about 60 times in front of the cabinet and the headquarters of the parliament, among other places. However, Sabry said that the protests were halted for about two month as they were accused of pressuring the government. Sabry said that he thought the government would take significant steps to aid their future employment in the past two months, but nothing happened.