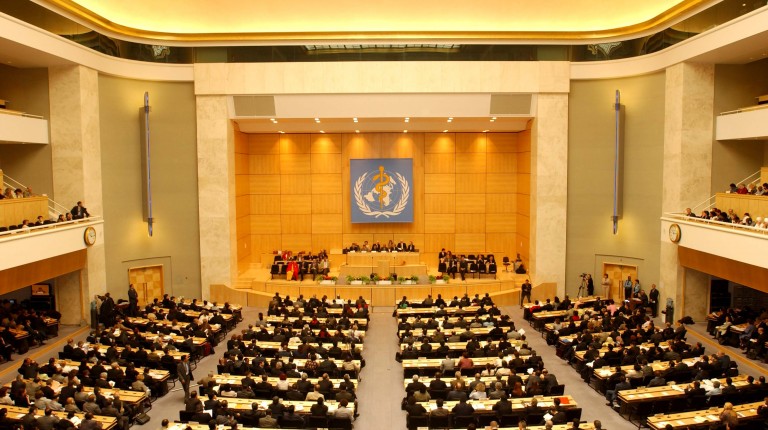 Egypt is taking part in the 69th session of the World Health Assembly (WHA) in Geneva, which is scheduled for 23 to 28 May.

The WHA week was preceded by a meeting for African ministers of health in which Egypt’s Health Minister Ahmed Emad addressed bilateral cooperation in the health sector with his counterparts.

Emad also reviewed Egypt’s plans to contain the prevalence of the Hepatitis C epidemic, and other diseases such as Malaria, as well as narcotics, according to an official statement issued by the Health Ministry.

The summit, which is attended by 194 countries, aims to outline health policies and strategies and is considered an opportunity to share expertise among participating delegations and renowned health experts worldwide.

This year’s agenda will include issues such as comprehensive coverage of medical treatment for citizens, fostering maternity health, combating polio, and advancing the capacity of emergency response services.

Besides holding bilateral meetings with African ministers of health, Egypt is also expected to sign a protocol with Belarus on bilateral cooperation in the health sector.

Egypt has the highest prevalence of Hepatitis C in the world. A previous survey, conducted in 2008, set the overall infection rate at 10%, compared to 7% reported by the survey announced on Monday.

Egypt earlier negotiated a reduced price of $900 per 12-week period of treatment, according to the United Nations MDG Gap Task Force report.

The report suggested that significant price reductions should be possible for the treatment of Hepatitis C.