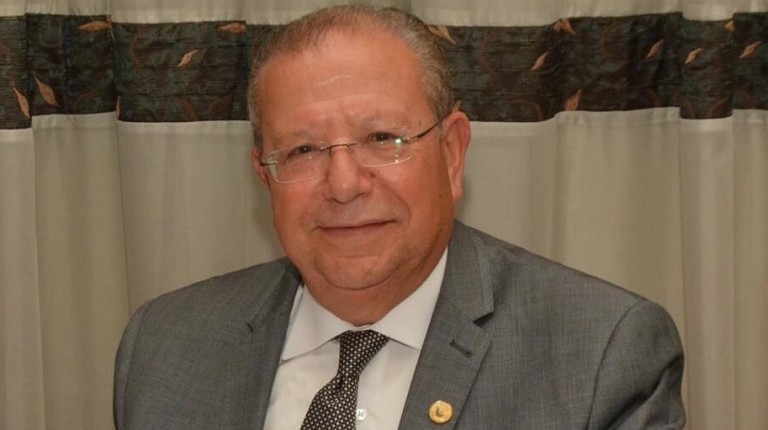 Board Member of both the Suez Canal Bank and Arab Sudanese Bank Mohamed Abdel Aal said that there are banks in Egypt that find it difficult to implement the initiative launched by the Central Bank of Egypt (CBE) to finance micro-, small- and medium-sized enterprises (MSME), due to a poor geographical spread and lack of specialised staff.

Abdel Aal said, in an exclusive interview with Daily News Egypt, that there are doubts about the continuation of these projects in Egypt in light of the recession facing the state and the economic problems hindering even large companies. Moreover, many banks lack the experience and culture needed to deal with these projects.

He noted that some banks deal with MSMEs in the same way they deal with big companies, which causes many problems, signalling the need for separating the departments dealing with each type and the need for establishing MSMEs supportive companies, including financial leasing, credit checking, and credit risk guarantee companies.

How important are SMEs for Egypt?

MSMEs have economic and social importance, not only for Egypt but for all developing and developed countries alike.

Studies conducted in some developed countries, including European countries and Britain, revealed that these countries rely on these projects to achieve economic renaissance.

In Britain, for example, medium-sized companies with less than 100 workers account for 70% of the total companies.

What is meant by the continuation of these projects?

These projects face a lot of problems and challenges all over the world. These problems lead them towards failure and collapse, especially during their first years.

In the United States, for example, 50% of these projects fail within their first two years. The ratio boosts to 85% during the first five years. The same results occur in the countries of the European Union, let alone in Egypt.

How do you see the future of these projects in Egypt?

The state has taken several measures to encourage the development of these projects. The CBE established a clear and precise definition that distinguishes between different types of MSMEs.

The president of the republic also put forward an important initiative and allocated EGP 200bn to finance these projects.

Yet, some are sceptical that such projects may not achieve their goals or survive the recession facing the state and the economic problems that even big companies cannot bear.

What we need to focus on here is to find the answer to two questions. Can MSMEs survive in Egypt without finding solution to problems of financing, technical and marketing support? Can they survive through lack of coordination between then and major companies?

How can we answer these two questions?

Yes, we can establish MSMEs like many countries where these projects serve as the base on which major projects and industries relied upon, such as Japan in the 1950s, Korea and Taiwan in the 1970s.

What are the most important challenges faced by these projects in Egypt?

These projects face challenges related to the current investment environment in Egypt, where there are problems with procedures. These projects are forced to deal with over 13 government bodies when trying to obtain the necessary licences.

They also meet obstacles related to their technical, legal and accounting capabilities, along with funding, including the high cost of loans and their periods.

Moreover, these projects also face other challenges related to the various risks that may be encountered, such as credit risk, market risk, fluctuations of exchange rates, and operational risks.

There is also another major obstacle: the lack of experienced staff to deal with MSMEs at banks, where many banks deal with them the same way they deal with major companies—a major error that must be addressed.

These projects also face unjust taxes when put on the same line as big companies. They lack legal records and feasibility studies.

How can Egypt overcome these challenges?

There must be a comprehensive strategy to deal with these projects to ensure their success.

There should also be a major national body comprising of all the bodies and institutions that are related to these projects. Perhaps the decision by the president last week to form a higher committee of ministries and experts to examine ways to establish a specialised entity to manage these projects is the first step to achieving this.

Experiences of many countries in dealing with these projects show that the state can take several measures to support these projects.

Which is the most important of these procedures?

The first thing to do is establish supportive companies, such as financial leasing, credit checking, and credit risk guarantee companies, along with investment funds that directly support those companies.

There should also be a network of wholesalers and big companies that buy products of these projects.

Moreover, there should also be non-banking institutions that can fund these projects, including financial leasing companies. The CBE’s initiative to inject EGP 200bn to these projects should be activated.

I would like to point out that there are some banks in Egypt that cannot adhere to the CBE’s initiative and lend 20% of their total loan portfolios to MSMEs over four years, as they neither have the geographical spread nor the specialised staff.

What is the best way to deal with these banks?

The banking system should be filtered to find which ones can carry out the CBE’s initiative.

There are several proposals to deal with banks that will not be able to implement the initiative. Among those proposals: have them deposit 20% of their loans portfolios at the CBE itself. In return, they shall receive back 5% interest, which is how much they would take back from the projects they may support. The CBE could then take the money and angle the funds through other banks to finance these projects.

Banks can also coordinate this amongst themselves without the CBE’s interference. They could also grant these funds to supportive companies, such as financial leasing.

How can we help banks implement the initiative?

There must be a complete separation between MSMEs financing departments at banks and those that deal with major companies.

I prefer to have staff who never dealt with big companies to deal with MSMEs.

Many banks, especially smaller ones, can offer syndicated loans to finance these projects.

What does Egypt miss in supporting MSMEs?

These projects are exposed to many challenges at the beginning of their life span. Hence, incubators are needed to offer technical, administrative, and marketing support.

Those incubators have succeeded over the last twenty years to support these projects. Some 90% of projects that emerged from incubators are still operational.

Financing is most important requirement for developing SMEs: UAB