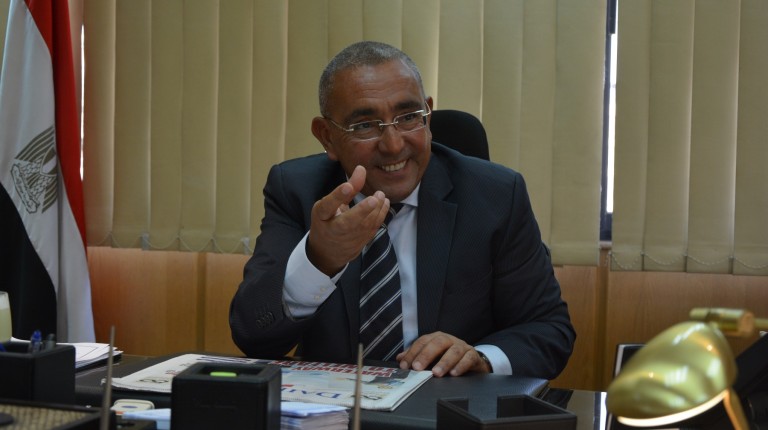 The bank has hired an international company to conduct a comprehensive assessment of its assets in Egypt, Jordan, and the Palestinian territories in preparation for the transfer of these assets and the sale of other holdings.

First of all, what are the most prominent indicators of the bank’s performance at the moment?

According to the most recent indicators at the end of March 2016, the bank has a loan portfolio of about EGP 11bn, EGP 6bn of which are being repaid regularly, and EGP 5bn which are non-performing loans.

Customer deposits amounted to EGP 18.3bn, of which EGP 1.8bn were attracted during the last year alone, despite the rise in interest rates at other banks to record levels, which indicates a significant bond between the bank and its customers.

The volume of deposits at the bank’s 14 branches in Jordan amounted to about EGP 2.8bn, while its loan portfolio reached EGP 1.7bn.

The volume of loans serviced through the bank’s six branches in Palestine amounted to about $94m, of which about $10m are non-performing loans, while the rest are being repaid regularly.

Does the bank plan to expand geographically?

The bank currently has 26 branches in Egypt, along with branches in Jordan and Palestine. Recently, we got the approval of the Central Bank of Egypt (CBE) to open seven new branches that are being prepared now: five small branches and two large branches. These branches are scheduled to be opened before the end of this year.

What is the bank’s working strategy in the next period?

The bank’s working strategy in the next period includes a number of major points. The most important is conducting a comprehensive assessment of its assets. The bank has already contracted an international company to conduct this assessment and the process is underway.

The bank plans to transfer EGP 5bn in assets to a subsidiary real estate company that the bank founded to manage them. The transfer is contingent upon the completion of the international company’s review.

The Egyptian Arab Land Bank has provided 90% of the initial investment capital to this subsidiary, while the National Bank of Egypt (NBE) has provided 9%, and individual private sector actors provided the final 1%.

The bank’s strategy also includes a focus on the human element. The bank provides continuous courses for all its employees. These courses are held in cooperation with the Egyptian Banking Institute. Moreover, the bank has a plan to recruit new staff of young graduates.

How will the bank deal with non-performing debts?

The bank settled EGP 1.5bn in non-performing debts between July 2014 and June 2015. In addition, the bank forgave EGP 500m in debt, and rescheduled about EGP 163m additional debt.

The bank is currently working on speeding up the process of settling non-performing debts, and selling the real estate assets it acquired through default settlements. These assets include a complete tourist development in Ain Sokhna worth about EGP 1bn.

The bank is also trying to sell EGP 1bn in previous investments, which it does not judge to be producing adequate revenue.

The bank has contracted Abu Dhabi Marina Real Estate Investment to promote the sale of a number of its assets among Gulf countries. However, the company has not procured the sale of any assets yet and its contract is about to come to an end. We are negotiating with another company to carry out this job.

There was a plan to transform the bank from a bank specialising in real estate financing to a bank that offers comprehensive banking services. Is this still the bank’s plan?

I can affirm now that we have really achieved that, and, now, we are choosing between two companies to upgrade the technological infrastructure of the bank completely, as a prelude to providing modern banking services and the bank’s entrance into the retail banking business.

The bank established a department to finance small- and medium-sized enterprises (SME) to implement the CBE’s SME initiative launched in January 2016.

What about the bank’s branches in Jordan and Palestine. Does the bank plan to get rid of them?

Our branches in Jordan and Palestine receive some of the bank’s largest investments. They are now under assessment, and their future will be decided after the completion of the assessment process.

The CBE is attacked for the US dollar scarcity and for the Egyptian pound’s record devaluation. What is you assessment of these criticisms?

Hence, I call on the government to prepare the country to attract foreign investments, restore tourism, attract investment from Egyptians working abroad, and activate exports, in order to work on restoring the flow of the foreign exchange to Egypt.

I call on the minister of investment to present a comprehensive plan to attract foreign investments and activate local investment, as well as to eliminate the hindrances to that plan.

I also call on the minister of tourism to present a similar plan on how to promote tourism in Egypt, and to restore foreign tourists’ confidence and to break into new markets to attract tourists instead of relying on Russian or Italian tourism.

Moreover, the minister of immigration has to intensify her activity to money from Egyptians working abroad, and she has to realise that the economy of a country like Lebanon is relying entirely on the transfers of its citizens abroad.

The agricultural policy is a failed policy and must be reconsidered so as to grow our own food requirements to save the state billions of dollars spent on imported food commodities, mainly wheat.

Moreover, the minister of trade and industry has to work on removing the obstacles that face export, and to work in coordination with the Ministry of Agriculture to increase the agricultural exports to abroad.

Do you see coordination between the CBE and the government in economic policy?

Yes, there is harmony between the officials of the CBE and the government now, after we suffered so much from the lack of coordination between both financial and monetary policies during the last period.

I believe that Egypt will not succeed economically without full coordination on policy.

I also believed that a radical change in the state’s financial and investment policy should take place, for the current polices have failed to lift the Egyptian economy out of its crises.

What other measures can be taken to support the economy?

The state should also confront corruption, and I do not mean administrative corruption only, but corruption in all areas. Customs evasion is the worst type of corruption and causes a loss of billions of dollars. I also urge the government to apply progressive taxation, which is applied in major countries, including the United States and some European countries, where people are taxed up to 40 and 45%. The application of a progressive tax code would have a positive impact on low-income citizens, as these funds would be allocated to support social protection. There are many members of the Egyptian business sector calling for the application of a progressive taxation, but it has not been implemented yet. I do not know who benefits from the delay.

I would like to send a message through you to the president: I urge him to support young people.

Why young people in particular?

Young people represent 54% of Egypt’s population and they are its strength and future. I think that the Ministry of Youth is not doing its part in supporting this demographic. The Ministry of Youth could play a significant role in resolving many problems plaguing the state, such as unemployment and its resulting problems. I also believe that the ministry should be directly supervised by the president, and it should adopt a significant national project that can attract young people and eliminate unemployment. In doing this, the state will draw from the potential of the youth demographic.