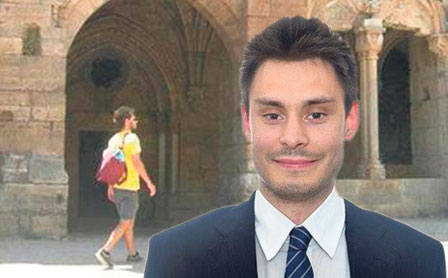 The ambiguity surrounding the death of Italian PhD student Giulio Regeni in Egypt has provoked major tension between the governments of Italy and Egypt, especially following a visit by the Egyptian delegation of prosecution and security personnel sent to discuss the results of Egyptian investigations with their Italian counterpart.

Italy reacted with major scepticism to the results presented by Egypt during the visit, ultimately resulting in a decision by the Italian government to recall its ambassador for “consultations” on the subsequent course of action. The decision sparked uproar among Egyptian officials, who fear that the step will affect long-standing relations between the two nations.

A number of officials have taken a condemnatory line towards the decision, describing it as rash or unjustified, in spite of Italy’s criticisms that the findings in the delegation failed to reveal anything of substance in the case.

Sakina Fouad, former advisor to interim president Adly Mansour, told Daily News Egypt: “Egypt is committed to revealing the truth in Regeni’s murder. It has no interest in hiding it. Bilateral relations with Italy are strong and will not be negatively affected. I believe Regeni was murdered by someone who seeks to destroy Egyptian-Italian relations.”

She further denounced rumours that Regeni was tortured and killed by the Egyptian security apparatus on suspicion of espionage. She argued that if Regeni had been found to be involved in espionage activities by the National Security apparatus, he would be deported or put on trial, not killed.

Fouad noted that political leadership has pushed to reveal the truth behind the death of Regeni in Egypt, noting that all investigation authorities and the National Security apparatus are exerting great efforts towards this end.

“I trust that the Italian government is aware of the existence of intentions to negatively affect relations with Egypt, and to harm Egypt’s image in front of European countries,” Fouad stated.

She further criticised the Egyptian media’s tackling of its coverage of Regeni’s murder, calling on media outlets to “verify information” before publishing. “I hope that media outlets will not intervene in the investigation process, as they have contributed to worsening situation.”

Fouad’s statements follow claims made by Undersecretary of the Prosecutor-General Mostafa Soliman on the “unconstitutionality” of Italy’s requests for phone records of the area surrounding the place where Regeni went missing, as well as his former place of residence.

Last Monday, Italy’s president of the Chamber of Deputies Laura Boldrini called on the European Union to cooperate to reveal the truth of Regeni’s murder in Cairo. She asked the European Union to intervene on the basis that Regeni is also a European citizen who was subjected to torture leading to his death, according the Italian news agency ANSA.

Italian ambassador to Cairo Maurizio Massari is scheduled to meet Foreign Minister Paolo Gentiloni on Tuesday to discuss new measures to express Italy’s dissatisfaction on the level of cooperation in investigations with Egypt in the case, which Gentiloni described as “insufficient”, according to ANSA.

Hassan Nafaa, a professor of political science at Cairo University, told Daily News Egypt: “Recalling the ambassador is a punitive step from Italy to express its dissatisfaction over the results of investigations introduced from Egypt. Even Egyptians are not convinced by these results. The security apparatus in Egypt is tackling the case very poorly.”

He asserted that the decision to recall the ambassador also highlights the failure of security forces in revealing the truth, and in addressing human rights conditions in Egypt. This is in addition to recorded abuses committed by these devices against Egyptians, according to Nafaa.

Nafaa noted that the future of bilateral relations between Egypt and Italy will be determined in accordance with the manner in which the state addresses the case, noting that it is crucial for the state to commit to transparency and credibility during the investigation process.

On Sunday morning, Italian ambassador to Cairo Maurizio Massari left Egypt from Cairo International Airport. The Italian foreign ministry stated that recent developments in the investigation called for an “urgent evaluation” to decide on the most appropriate actions that must be taken to ascertain the truth of the “barbaric” murder.

The Regeni fallout: what could Egypt face?