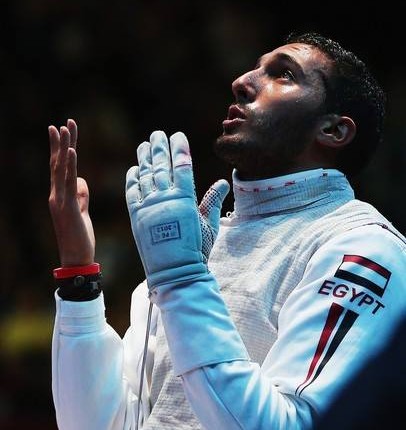 The 2016 Fencing Grand Prix Foil has just concluded its events yesterday 13 March. The tournament began on 11 March in Havana, Cuba.

Egypt’s Alaa El-Din Aboul Kassem, won silver in the men’s division with a score of 39 points.

Aboul Kassem is a member of the Egyptian national fencing team and has officially qualified for the 2016 Rio Summer Olympics. Egypt’s team qualified even before the ranking for the top African fencing teams was released in April, already well-known for being the best fencing team in Africa.

Aboul Kassem previously participated in the 2012 Summer Olympics in London where he won silver. The gold medal went to Chinese fencer Lei Sheng and bronze to South Korean Choi Byung-Chul.

Another international victory for Aboul Kassem was at the 2013 Mediterranean Games in the Turkish city of Mersin, where he came in third place.

As for continental victories, Aboul Kassem won two gold medals at the 11th African Games in Brazzaville, Republic of Congo. He received one of these medals playing individually and the other when he competed as part of the Egyptian team.

As for his victories in the Arab arena, in the Pan Arab Games, Aboul Kassem won two gold medals in 2011in Doha, Qatar; once again, he won competing individually and as part of the national team.

Argentinean, Italian, and US shooters stand out at 2016 Grand Prix D’Egypte