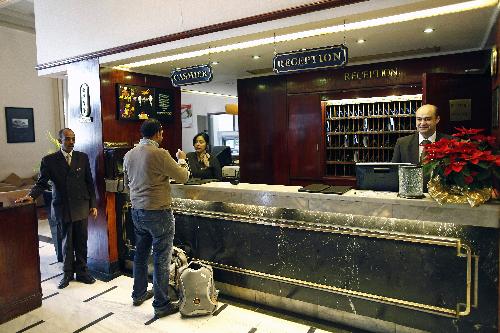 Luna Verde, an agricultural export company, sold approximately EGP 170m worth of product in 2015 compared to EGP 166m in 2014, representing a growth of almost 2%.

Chairman of Luna Verde Reda Al-Amri said that exports accounted for approximately 60% of company sales in 2015 while the local market accounted for 40%.

The EU accounted for 85% of company exports annually, while the remainder was exported to Arab markets and the Gulf.

Al-Amri explained that the company does not rely on foreign markets alone to achieve its annual sales target and export quantities are determined in accordance with global prices and the extent to, which are feasible for the company. This of course varies from year to year, and the domestic market sometimes brings in greater revenues in comparison to exports.

He predicted that company exports will decline by 20% in 2016 due to strong competition from new markets and the decline of the euro against the dollar.

Agricultural exports face several issues that must be solved, at the forefront of which is rising transport costs, following an increase in energy prices despite petroleum prices dropping globally.

Transport impacts all production processes, beginning with seed production and distribution companies, and ending with the final product that reaches consumers after harvest.

Transport crisis affects both the local market and product shipments abroad and accounts for more than 70% of the sector’s problems, being the main factor behind the recent export decline.

Al-Amri observed that Egyptian roads are in a poor state for the purpose of transporting goods and that the price of transport on the Desert Road has risen exponentially to at least EGP 580 at gates affiliated with the National Roads Company.

In the event that agricultural roads are used, products will be damaged and thus, result in losses for the company. The price of goods shipped abroad via air in 2015 rose by 33% to $1,200 per tonne compared to $900 per tonne previously, which further exacerbates the issue, Al-Amri said.

EgyptAir increased shipping costs without clear reasons and that global drops in oil prices should in fact decrease transport costs.

Al-Amri brought up the example of Senegal, a new country in the export market, which has come to compete strongly with Egyptian products in all global markets. The price of shipping a tonne of product in Senegal was no greater than €500, whereas in Egypt the rate was closer to €2,000 in 2016.

The current state of the tourism industry is one of the main reasons for the decline in agricultural exports this year and the practice of goods carried by passenger aircrafts to European countries and others.

Fewer tourists to Egypt resulted in fewer aircrafts and therefore a diminished capacity for carrying.

Al-Amri said the most pertinent problem importation in Egypt is facing is the lack of ports where freight transport can be sent abroad and he emphasised the need to construct a port for freighters heading to Europe via Italy.

There is an abandoned port in Sarabium, Ismailia and if used for Egyptian goods, they could reach European markets in just two days. He suggested that a private port company is established, which would purchase shares of the company and fund its activities.

Construction of the port would maintain the consumer base of Egyptian products abroad and save companies from paying fines due to shipment delays. The port would also help increase Egyptian export rates by at least 30%.

Increased production costs for agricultural crops in Egypt weakened the country’s ability to compete abroad, according to Al-Amri, following the emergence of new markets such as Senegal and Tunisia.

Production costs increased by 20-25% after the government adopted a new plan to gradually eliminate subsidies for energy products for FY 2014/2015.

Tourism Minister expects sector’s recovery to being in March