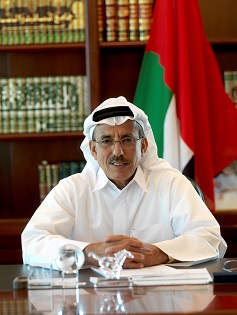 “The price of freedom is eternal vigilance,” said the 18th century Irish politician John Philpot Curran. I could not agree more, especially when there are so many unscrupulous people abusing their freedom to create violence and anarchy.

Sadly, troublemakers and crazies have succeeded in turning parts of the Middle East and North Africa into a living hell, which is why GCC member states have no-tolerance policies, sometimes unfairly criticised by Western human rights groups, which have no conception of the dangers we face.

We have rules as well as codes of behaviour and those who abide by them have nothing to fear. We make no apology for pulling up the drawbridge to keep out terrorists and criminals who think nothing of strolling into a cinema, school or mall in other parts of the world, armed with automatic weapons with which to gun down innocents.

The economic foundation of every successful country in this day and age is security, security and more security. Investors are attracted by stability; they want to put their money and assets in a protected, safe environment, which is also a magnet for top-notch experts and employees keen to work in a place where they walk down the street without being robbed or molested; a place where their children can run carefree without being preyed upon by drug pushers or worse.

High level security is one of the reasons behind the UAE’s booming, diverse economy. The UAE is one of the safest countries in the world and the authorities intend to keep it that way. Indeed, Abu Dhabi and Dubai were recently ranked the safest cities in the Middle East and Africa on the Economist Intelligence Unit’s Safe Cities Index 2015.

Our shopping malls do a roaring trade, our hotels are full and our airports are some of the busiest anywhere because residents and visitors can relax and enjoy themselves in the knowledge they are being protected 24/7 by the National Guard and highly-trained security personnel.

Last year, the UAE was ranked number one on the global Social Progress Index with the lowest violent crime rate and the lowest homicide rate worldwide. I still remember the days when it did not occur to us to lock our front doors and it was normal to see an open-topped car parked with the keys left in the ignition. Intolerance of thieves is inherent in our culture but now that our cities have become multi-cultural metropolises, the authorities have grown exponentially alert, assisted by vast networks of CCTV cameras and sophisticated surveillance equipment monitoring public places and highways.

The country’s intelligence agencies have been retooled with technological advances so as to stay abreast of new threats and have impressed allies with their competence, extending beyond borders.

The UAE has not only beefed up its border security over recent years, tough laws combating terrorism have been passed. Dozens of international and local companies have been closed, accused of money laundering, while scores of ships suspected of carrying dangerous cargo have been boarded by security forces.

Moreover the Central Bank has frozen the accounts of numerous alleged terrorists and their funders in coordination with foreign partners. No one privileged enough to live in my homeland complains about such intrusive measures apart from the criminals themselves – and foreign-based human rights groups, which care more about the rights of bad guys than ordinary folk going about their business.

Furthermore, so as to assist residents wading through the legal system that in many countries is complicated and slow, the Dubai Courts has initiated a groundbreaking e-services portal offering ‘100 smart services to provide integrated legal services’ to assist with ‘amicable settlements’, ‘labour proceedings’, ‘commercial proceedings,’ etc. There is also a UAE Public Prosecutions Portal which enables interested parties to search for specific cases, lawyers, experts and translators.

Although the UAE has built up a reputation for being harsh with drug traffickers and dealers whose greed ruins young lives and pulls families apart, at the same time the government’s strategy includes reintegrating them back into society, especially first-time offenders who are directed to the National Rehabilitation Centre or other treatment facilities.

Most of all, kudos must go to our police forces who not only deal efficiently with perpetrators but have also won the respect of citizens and expats. A 2014 YouGov poll, commissioned by The National newspaper, found that 78% of respondents across all nationalities feel the police are doing an excellent or good job. Some 79% expressed the belief that were they to have contact with the police, they would be treated with respect.

Dubai Police hit the global headlines in January 2010, following the assassination of Hamas commander Mahmoud Al-Mabhouh in a Dubai hotel room by a team of individuals who had entered the country on fake passports, believed to have been acting upon the instructions of the Mossad. Within no time, the police distributed footage of the killers along with their photographs and details of their passports, astonishing the international community with its efficiency.

Today, Dubai has 10 police stations and a 15,000-strong force trained to be able to interact with the public as the emirate’s law-enforcement ambassadors. An image-booster has been a fleet of super-luxury cars, including Ferraris and McLarens, driven by tourist police, which are an invitation to visitors eager to take photographs with uniformed officers, and acquire information about the city.

And innovation does not stop there. Dubai Police is set to grab Robocop off the screen to become reality; not as gun-wielding crime-stoppers but rather interactive robots linked to police call centres.

One of the great things about law enforcement in the UAE is the way that a strict approach to lawbreakers is softened by care and compassion for people who walk the straight and narrow. Winning hearts and minds goes hand-in-hand with clamping down on those out to destroy all that we have built. The Emirates welcomes good people with an open heart, but there is no ‘get out of jail’ card for anyone with bad intentions or disrespect for our culture and laws.

Khalaf Al Habtoor is a businessman and chairman of Al Habtoor Group. Al Habtoor Group is a Dubai based cooperation with extensive business interests in the region and worldwide, including: hospitality, education, automotive and real estate.