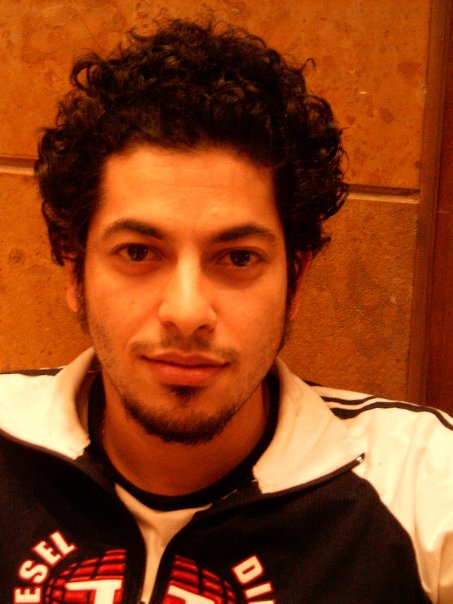 Last week numerous country representatives congratulated Egypt on its progress in improving human rights over the years in the latest Universal Periodic Review held by the United Nations. It was disheartening to hear such comments at a time of the most sizable regression in human rights in Egypt’s modern history. It was quite understandable, however, that much of the warmth expressed was due to politics in the region and the recognition that Egypt was fighting terrorism, but as several speakers pointed out, fighting terror was no excuse for violating human rights. Furthermore, much to our dismay and that of countries standing in solidarity with Egypt, we’re losing the “war on terror”.

The media often reports the death of ‘terrorists’ unquestioningly; denying us the courtesy of challenging government narratives, choosing a language that simplistically assumes the guilt of those targeted without trial. When it comes to the war on terror, few media outlets question the official government line and, just like many people, cheer it on. What is constantly overlooked in the news, however, is the birth of ‘terrorism’.

Somewhere along the way, the meaning of the word ‘terror’ is quite forgotten. The term is not well defined but its most significant feature is the widespread fear of harm befalling an individual or group without reasonable justification. In simpler terms, it is the targeting of innocent civilians who have every reason or right to be where they are while being targeted.

Indiscriminate targeting of individuals is terror even if done in a uniform. When such acts are performed by the state, whose mandate is to bring about justice, it creates an environment conducive to breeding extremists, and they in turn become ready to indiscriminately target anyone for revenge. Torture and inhumane treatment can easily dehumanise individuals and devalue their own lives, and with that comes the danger of terrorism.

There is a real threat of extremism in the region as people are being radicalised. Every day injustice is not deterred, or is inflicted by the state, the context becomes more conducive to radicalised reactions. When injustice befalls someone, they must choose what to do. They can chose to do nothing, escape, or fight. Many with little going for them, poor education and no hope of a better standard of life find solace in radicalised interpretations of religion and notions of revenge.

The regime has cut off most alleyways of peaceful resistance and left no space for those who oppose them to object peacefully. Instead of positively reinforcing the value of expression through art or peaceful protest, the regime has responded violently to its opposition using arbitrary detentions, torture, killings, and censorship. In effect, rulers have taught those who oppose them the value of violence which its security apparatus practices on a daily basis.

It is as though we are unable to convince those we are fighting that their ideas on violence are incorrect. There are no serious attempts from the government to counter their simple and non-appealing ideas, and instead the government entrenches such ideas deeper by using extremist approved oppressive tools such as moral judgment, silencing opposition, violence and injustice.

People from around the world are flocking to fight alongside the ‘Islamic State’, but we’d be mistaken to think they’ve rejected the values propagated by some governments; on the contrary, they’re embracing them, but simply cheering on a different side.

What’s worse is that we’re losing the war on terror because we are becoming like terrorists ourselves. We are accepting that innocent bystanders are arrested, tortured and sometimes killed and we accept that they may be collateral damage in the “war on terror”. The easiest explanation for deaths caused by the regime is that they deserve to die, and the simplest way to justify locking up individuals is that ‘they wouldn’t have deprived them of their freedom for such a long time undeservedly’.

Yet day after day we are seeing people proven innocent in a court of law despite the politicised judiciary and extended detention. We are accepting that damage, we are accepting what the extremists are accepting; that innocents are harmed along the way for the greater goal. We are accepting the crackdown on creativity and expression in the name of the fight against those who would censor us.

Television shows, live concerts and various artworks are being censored, creating an environment that is antagonistic to culture and artistic expression. It is this sort of environment that extremists wish to create, except that it is now being created by those who claim are fighting them.

To gauge its success in fighting terror, consider the Egypt that is trying to fight terrorism. It is an Egypt that cracks down on peaceful protesters using the pretence of the Protest Law. An Egypt that delivers ultimatums to civil society, smearing notions of human rights in its tightly controlled media. An Egypt that militarises its streets and universities, thereby teaching students violence instead of promoting critical thinking. An Egypt that imprisons journalists and human rights defenders without evidence.  An Egypt that places people randomly arrested under extended pre-trial detention. An Egypt that censors opposition, grants its security apparatus impunity, and does all that in the name of the fight against terror.

The opposite of terror was never terror, it was always an end to terror, but as long as we accept injustices as part of our war on terror then the true enemy is never defeated, it only gets stronger.

Wael Eskandar is an independent journalist and blogger based in Cairo. He is a frequent commentator on Egyptian politics and has written for Ahram Online, Counterpunch, and Jadaliyya, among others. He blogs at notesfromtheunderground.net