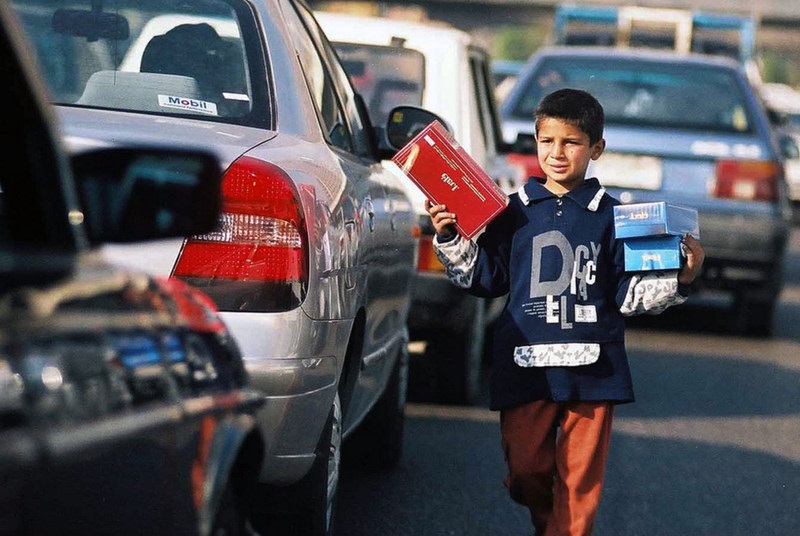 The Egyptian public is becoming increasingly aware of street children in the urban areas in Egypt. Children wearing dirty clothes and begging from pedestrians have become part of the daily impressions of the streets, just like never ending traffic. The public’s awareness is enforced by the efforts of NGOs, as well as street children activists and other institutions. There are several NGOs and governmental institutions that work with street children. They do so via mobile units, with which they offer immediate services such as food and clothing in the street, as well as through drop-in facilities and shelters. Some organisations have their focus on advocacy issues, or they engage in reintegration programmes where children are brought back to their families.

With the rather recent increasing awareness, there are more and more debates about street children, how they live, what they need, what one should do when seeing them in the street. When following these debates, one notices that street children are perceived and spoken about in different ways, according to their age, gender, but also to the respective speaker. For instance, girls in the street are perceived as out of place, weak and ‘awrah, sexually provoking. Out of place, because they are females in the male space of the street. Weak, because the weakness of girls in comparison to boys is perceived as natural. Girls are considered ‘awrah because by being in the street they expose their femininity, even their sexuality, which is inappropriate and reprehensible.

It becomes clear that the public views on street girls are rather inflexible. Girls are either pitied for not being able to conform to the gender norms, or despised for the exact same reason. The girls’ own participation in the creation of their roles is not acknowledged. Instead, girls are viewed as passive victims of the circumstances, or of the dominating understanding of gender norms. My research with female street children in Cairo has shown a quite different image. Girls are not just helplessly exposed to some stiff gender norms, but they cope with them, challenge them and shape them themselves. In order to try to understand the living circumstances of girls in the street, one has to ask what girls actually do with the gender norms. How do they perceive them? How do they challenge them? How does a girl in the street perform being a girl in the street? With the aid of the girls themselves, I identified three modes in which girls in the street live and operate: The weak girl, the strong girl and the boy.

After her parents died, May (13) spent nearly a year in the street. She was living in the street with her brother and his male friends, begging and selling housewares in the metro. The boys, as she explained to me, would never have let anything bad happen to her because she was the youngest, and the only girl in the group. One day, May was beaten and kicked by a policeman, so hard that she cried. Her brother, attempting to protect May, confronted the policeman: “How can you beat a girl?” The policeman was shocked. He had thought that May was a boy, due to her short hair. He immediately let go of her, gave her five pounds and apologised.

Being a girl, and thus being considered weak, granted May protection by her brother and his friends. It was because she was perceived weak that she was effectively protected from violence. It was also her “weak” gender that caused the policeman to let go of her. May’s account shows that she is very aware of her status in the street. She is a girl, she is weak. May did not try to challenge the predominant gender roles. Instead, she used her weakness to find protection.

Malak (16), who lived in the street for years, always protected by male guardians, summarised the phenomenon of the weak girl in her own words: “When somebody defends me, I feel strong. When I can’t do anything, I feel weak.” It is the weakness of the weak girl that gives her protection, that makes her strong. As paradoxical as it may seem, the weak girl uses her weakness to deal as its own defence. She internalises her gender role and uses it as a strategy to survive in the street, seeking protection by males who are considered strong. Being a weak girl in the street does therefore not have to be harmful per se, but it can constitute an asset to a safer life in the street.

Sara (13), who has be en living in the street for years, found a different way than May and Malak to live in the street. Sara is a strong girl. In the only interview I conducted with her, Sara explained her life in the street to me: “Nobody can insult me. If somebody insults me, I insult them back, if they beat me, I beat them back. I will be beaten and I will beat, I will be injured and I will injure.” To Sara, violence forms part of street life. She is perfectly aware of the fact that she is not invincible, that in the street, she is exposed to violence. However, she is not only the victim of violence, nor does she have to seek protection from it. In addition to being subjected to violence, she exerts it to defend herself.

Hala (15), too, is a strong girl. While living in the street, she carries weapons with her, such as razor blades or glass bottles with which she can cut anyone trying to assault her. She explained to me that she is completely independent of male guards: “I know how to get justice with my own hands. I am not afraid. I know how to take care of myself. Nobody can touch me.” Hala does not use the weakness assigned to girls for her own protection. Instead, she chooses a more immediate way: Hala is willing and able to physically defend herself against assault.

Strong girls like Sara and Hala openly contest the weak status of girls in the street. They act in complete contradiction to the role assigned to them by society. Both girls, as well as other strong street girls, are absolutely aware of the gender norms they are supposed to fit in. They know that girls should be quiet, weak and preferably at home, but they disagree and they live in the street as strong females who are not quiet and who do not rely on male support. Their behaviour in the streets proves that the weakness of girls is not innate, and it can be interpreted as an act of rebellion against the prevalent gender norms.

Roughly one third of the girls I met and interviewed were living or had lived in the street as boys. Salma’s (14) decision to become a boy was triggered by a scene she witnessed where several boys and girls in the street were having sexual intercourse: “I was afraid this would happen to me. I went to a shop and bought scissors. I went to a quiet place and cut my hair. After I had cut my hair, I went to buy an outfit, and I went to the mosque and changed clothes.”  Salma decided to be a boy in the street because she did not want to be subjected to sexual abuse, or to have sexual intercourse in general. In her eyes, it was simply safer to be a boy which eventually caused her decision to abandon her weak gender.

Dalia (14) also remembered the situation that made her decide to become a boy. “I was staying in the street and saw bad shabab [young men]. I ran away from them, and they followed me. The next day, I went to the hairdresser and cut my hair short and put a baseball cap on and boys’ clothes. I wanted people to see me and to think I’m a boy, so they wouldn’t do anything to me.” Just like Salma, Dalia’s fear of the opposite sex made her become part of it. Her transformation into a boy was an immediate reaction to a scene of attempted sexual assault she had not only witnessed but actually been part of. Both Salma and Dalia decided to become boys to protect themselves from gendered violence. Their decision was a very practical one. They believed that girls were more assaulted than boys, and decided that, in order not to be assaulted, they had to become and live as boys.

However, there is more depth to the girl who becomes a boy than the pragmatic decision to protect herself from sexual violence. Hanna, a psychologist working with street girls explained to me that it is the idea of being seen and treated as a boy that motivates the girls to transform: “In this society, one of the man’s characteristics is his strength. The girl’s characteristic is her weakness. As long as she’s a girl with her beautiful hair and body, she is weak. If she’s a boy, she is strong.” It is hence not only the immediate protection from violence that causes a girl’s decision, but the actual prospect of being perceived and dealt with as strong. The girl who transforms into a boy takes on the characteristics of the male identity. She is no longer viewed as weak, out of place or sexually provoking.

Unlike the strong girl, the girl who is a boy does not openly challenge the weak status of girls in the street but internalises the attributes of the strong boy. She chooses to be perceived as strong instead of weak. Her presence in the street becomes legitimate instead of inappropriate. Since it is her femininity that makes her weak in the eyes of the public, she chooses not to be feminine anymore.

No pity but respect

Every street girl I have met and interviewed lived in one of the three modes. Sometimes, there were overlaps, when a girl started her life in the street as a weak girl and became a strong girl or even a boy with increasing street experience. However, although all girls could be attributed to one of the modes, it is important to be aware of the very high heterogeneity amongst female street children. The weak girl, the strong girl and the boy are not all-encompassing concepts but rather describe the ways in which street girls deal with, challenge and shape gender norms.

The knowledge about these different modes can be of tremendous help when dealing with female street children. We stop solely viewing the girls as victims who need our support through charity and begin to acknowledge how they live in the street, and how they themselves affect street life and predominant ideas of gender roles. Instead of pure pity, we meet the girls with respect, even admiration, for the strong and creative ways in which they deal with their environment, and we gain a deeper understanding the girls’ need and how we can work to give it to them.