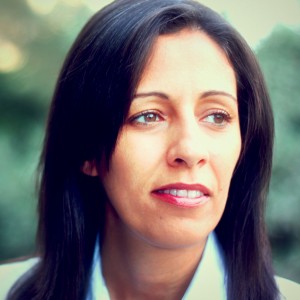 Rise Up, Egypt’s first major entrepreneurial summit held in Cairo on November 24-25 was a resounding success. It brought together many different and important players from the entrepreneurial ecosystem: investors, accelerators, corporates, civil actors and entrepreneurs. Between the panels, talks, workshops, hackathons, makeathons, and ideathons, it was hard not to be inspired or to walk away without better ideas and connections. The vibe around town is that entrepreneurs are changing Egypt for the better.

As the ecosystem develops, I wonder what additional value women will bring, as entrepreneurs, and as leaders in the ecosystem. I believe, as many others do, that encouraging more women to lead business is no longer the right thing to do, but rather the bright thing to do.

The summit took a session to ask, “What are the challenges that are facing women in entrepreneurship?” The female representation at Rise Up seemed strong, without knowing the statistics on speakers, entrepreneurs and such. The five women on the panel for the session were entrepreneurs, investors, or had long worked on entrepreneurial promotion.

With this kind of diversity of perspective the session discussed the kind of gender differences that exist between women and men in the way they approach business, and perhaps life, not just the specific challenges that female entrepreneurs may face.

Gender differences between men and women are stubbornly persistent when it comes to market work in general. There are large differences in the participation in the labour market, the types of occupation men and women choose, and the incomes they receive for the same work.

These gender differences are greater in the Middle East and North Africa than anywhere else in the world. This is costly to everyone. Egypt’s GDP would increase by 34% if Egyptian women’s participation in the labour market was that of males, for instance.  It has long made sense to encourage more women to work.

Given the nature of the Egyptian economy and the hope that many place in the power of entrepreneurship, it also makes sense to encourage more women to become entrepreneurs. There were inspiring female entrepreneurs at Rise Up. A 25-year-old woman who had already launched her third business impressed me. There was a fantastic female entrepreneur from Aswan, who was part of a joint venture to up-cycle palm waste into well built outdoor furniture with her eyes on the domestic and export markets. Her venture won the prize in the agriculture-focused competition.

The additional value that I wonder about is the value women offer as business leaders and how that could translate into advantages for the local ecosystem.

More women in company leadership can increase company performance. Among Fortune 500 companies, for instance, boards with high female representation experience a 53% higher return on equity than those with the least female representation. They outperform in sales by 42% and have a 66% higher return on invested capital. A McKinsey & Company study, as have others, show similar results; more female business leadership is better for performance. The difference in the studies is the degree to which having more female business leaders translates to advantage.

More female company leadership has also been shown to reduce the risk of bankruptcy. A study from the UK examining 18,000 companies found that having at least one female director reduces the chances of ending up out of business by 20%. The more women on the board, the more the risk is reduced until the number of female and male board members equal.

Part of the thinking is that female company leaders are more successful because they are less constrained when they make decisions. A survey of board directors in Canada showed that women are more likely to “rock the boat” when taking decisions than men. Men in this survey reported they more preferred to make their decisions using rules, regulations and traditional ways of doing business. Their female counterparts were more likely to question decisions, be inquisitive and see more possible solutions. The men were more inclined to nod decisions through in the boardroom.  Women at the Rise Up session talked about how they felt women made business decisions differently than men.

One of the ways these decision-making differences are thought to make a difference is in investing performance. For instance, women-owned alternative investment funds (hedge funds, derivative contracts, commodities, private equity and venture capital businesses) have been shown to outperform the average, with a compound annual return of 3.6% compared to the 3.0% loss of the HFRX Global Hedge Fund Index (the global industry standard for measuring hedge fund performance) over the five year period ending in September of 2012. Between 2000 and 2009, female run hedge funds generated an average annual return of 9.0% while male run funds raised an average of only 5.8%.

It seems this is because women-run funds showed more patience and this pays off. With less turnover in their portfolios, they delivered more consistent results in the longer-term. Women tend to do more research and cite this as a reason why they feel more comfortable holding onto their investments longer. The evidence suggests they may be more risk adverse, sometimes earning less in boom times, but loosing less in busts, for an overall performance that beats the average.

With this sort of evidence in mind, I think about the value to the local entrepreneurial ecosystem from the launching of ventures like the Women’s Angel Investment Network (WAIN), the first women’s angel investment group in the Middle East. Their founder, Heather Henyon, was on the panel discussing women and entrepreneurship.

The gender differences in decision-making featured in that discussion. Much research supports what people intuitively felt, that women are more inclined to make decisions by taking the interests of multiple stakeholders into account than men. When approaching decisions, women are more likely to use cooperation, collaboration, and consensus building when dealing with complex decisions. This has been shown in many studies examining the outcomes of decisions, as well as how the female brain works differently than a male’s when making a decision.

This type of evidence and much more have led many investors in the world to increase their exposure to female decision makers in business. The summit’s session focused on the decision-making advantages of having women in business. The focus was less so on the potential for increased profits and reduced risks that have been shown to come with female business leadership. As the Egyptian entrepreneurial space develops, it seems to me, that more female players in the entrepreneurial ecosystem: as investors, accelerators, corporates, civil actors and entrepreneurs is not the right thing to do, but the bright thing to do. I believe this is how the value women bring could translate into advantages for the local ecosystem.

NASA’s hackathon kicks off on Friday