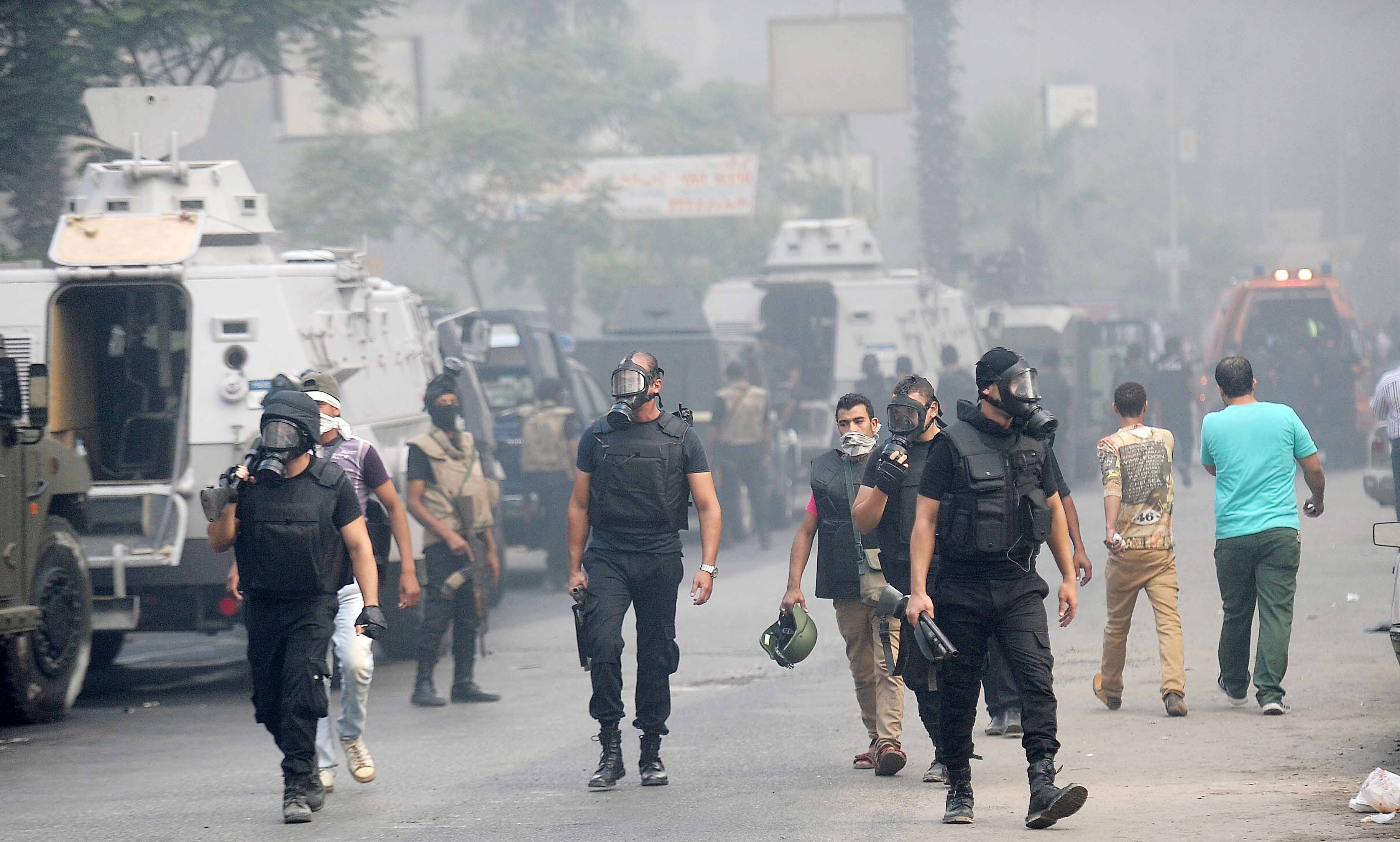 AFP – Egypt’s bloody crackdown on supporters of ousted president Mohamed Morsi triggered widespread condemnation on Wednesday as the international community reacted with alarm to what some termed a “massacre.”

The United Nations, the United States, Britain, France, Iran, Qatar and Turkey strongly denounced the use of force by the military-backed interim government to clear two protest camps in Cairo.

The action, which was followed by the declaration of a month-long state of emergency, has resulted in at least 149 deaths, according to the health ministry, while the UN said the death toll could run into the hundreds.

UN Secretary General Ban Ki-moon, who had urged both sides to exercise restraint, expressed regret that “Egyptian authorities chose instead to use force to respond to the ongoing demonstrations,” according to a statement issued by his spokesman.

US Secretary of State John Kerry, whose government had offered qualified backing to the interim government, called the bloodshed “deplorable” and urged the Egyptian military to allow elections.

British Foreign Secretary William Hague said he was deeply concerned at the escalating violence and unrest.

“I condemn the use of force in clearing protests and call on the security forces to act with restraint,” Hague said.

Qatar, a main backer of the pro-Morsi Muslim Brotherhood, issued a similar message.

“Qatar strongly denounces the means by which peaceful protesters in Rabaa al-Adawiya camp and Al-Nahda square have been dealt with and which led to the killing of several unarmed innocent people among them,” a foreign ministry spokesman said in a statement published on the official QNA agency.

Turkey — which had developed strong ties with Morsi’s government — urged the international community to act immediately over what it said was an “unacceptable” response to the protests.

“The international community, particularly the UN Security Council and Arab League, must act immediately to stop this massacre,” the prime minister’s office said in a statement.

“Iran is following the bitter events in Egypt closely, disapproves of the violent actions, condemns the massacre of the population and warns of the serious consequences,” the foreign ministry said in a statement.

“Hamas condemns the terrible massacre in Nahda square and at Rabaa al-Adawiyya, and we call for an end to the bloodshed and to excesses against peaceful demonstrators,” its spokesman Sami Abu Zuhri told AFP.

France, Germany and Italy refrained from apportioning blame for the crisis, calling for calm from both sides.

“France condemns most resolutely the bloody violence in Egypt and demands an immediate halt to the crackdown,” said Foreign Minister Laurent Fabius.

He urged the United Nations and its partners to quickly take a joint stand on the crackdown.

“I ask all those involved in Egypt to do everything in their power to put an immediate stop to the violence and avoid a bloodbath. The armed forces must exercise the utmost self-control and everyone must avoid any incitement to violence.”

German Foreign Minister Guido Westerwelle said: “We call on all political forces to return immediately to negotiations and avert an escalation of violence.

“All further bloodshed must be prevented.”

Russia also “called on all political forces … to show restraint and calm … in order to avoid a further escalation and further loss of life.”