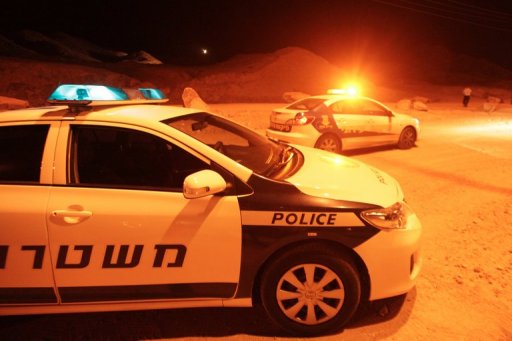 A missile was fired early Tuesday morning from Sinai into the southern Israeli city of Eilat, sounding warning sirens.

The militant organisation Magles Shourat Al- Mujahedeen claimed responsibility for the attack in a statement released on Tuesday.

The group said the attack was retaliation for “the recent crime of the Jews during which four of the Mujahedeen were killed in Sinai,” referring to a recent alleged drone attack on Saturday, which has been denied by Egyptian and Israeli governments.

AFP reported that an Israeli army spokeswoman confirmed the attempted rocket attack and its interception by an Iron Dome battery near Eilat.

Israeli Channel Two reported that two individuals suffered from “shock trauma” while no damage to infrastructure resulted from the attack.

The attack follows Sunday statements by the Magles Shourat Al- Mujahedeen and Jamaat Ansar Bayt Al-Maqdis saying the deaths have sparked “a new bright page of jihad against the Jewish criminals.”

Previous statements released by the militant groups accused the Egyptian army of coordinating the alleged drone attack on Saturday with Israeli forces. The Egyptian military spokesman Ahmed Ali said that claims of “coordination between the Egyptian and Israeli sides are false.”