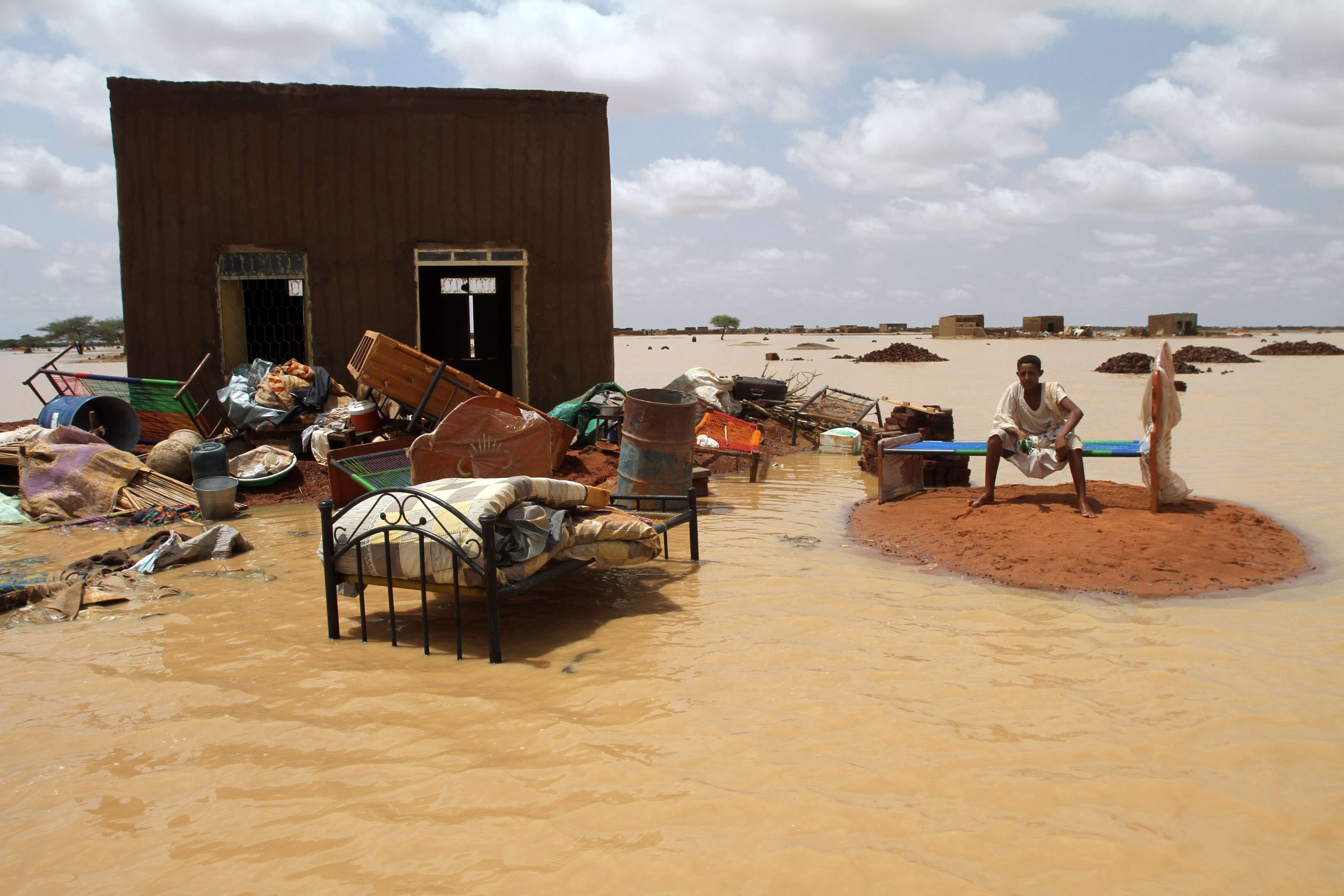 AFP- Heavy rains and flash floods in Khartoum and other parts of Sudan have killed 11 people and affected almost 100,000 in the past week, the United Nations said on Tuesday.

Giving the first official figures for the impact of the flooding, which began on August 1, the UN’s Office for the Coordination of Humanitarian Affairs said the capital region and Nile state to its north were the worst hit, but that five other states were also inundated.

Eight of the deaths occurred in the greater Khartoum area, where almost 60,000 people were affected, data showed.

OCHA said “an estimated 98,500 people have been affected by heavy rain and flashfloods” in a zone from Red Sea state in the east, through Khartoum state, to South Darfur in the west.

It cited figures from the Sudanese Red Crescent Society and another local humanitarian group, for the period to August 4.

“The flash floods have killed 11 people and destroyed or damaged more than 14,000 houses in the states affected,” OCHA said, citing the local aid groups.

A flight into the capital on Tuesday revealed water-logged farm fields east of the Blue Nile river, and many areas resembling small lakes in the adjacent urban area, an AFP reporter said.

Drainage is poor in the capital, where even a little rain can cause flooding but this year’s water surge was unusually severe.