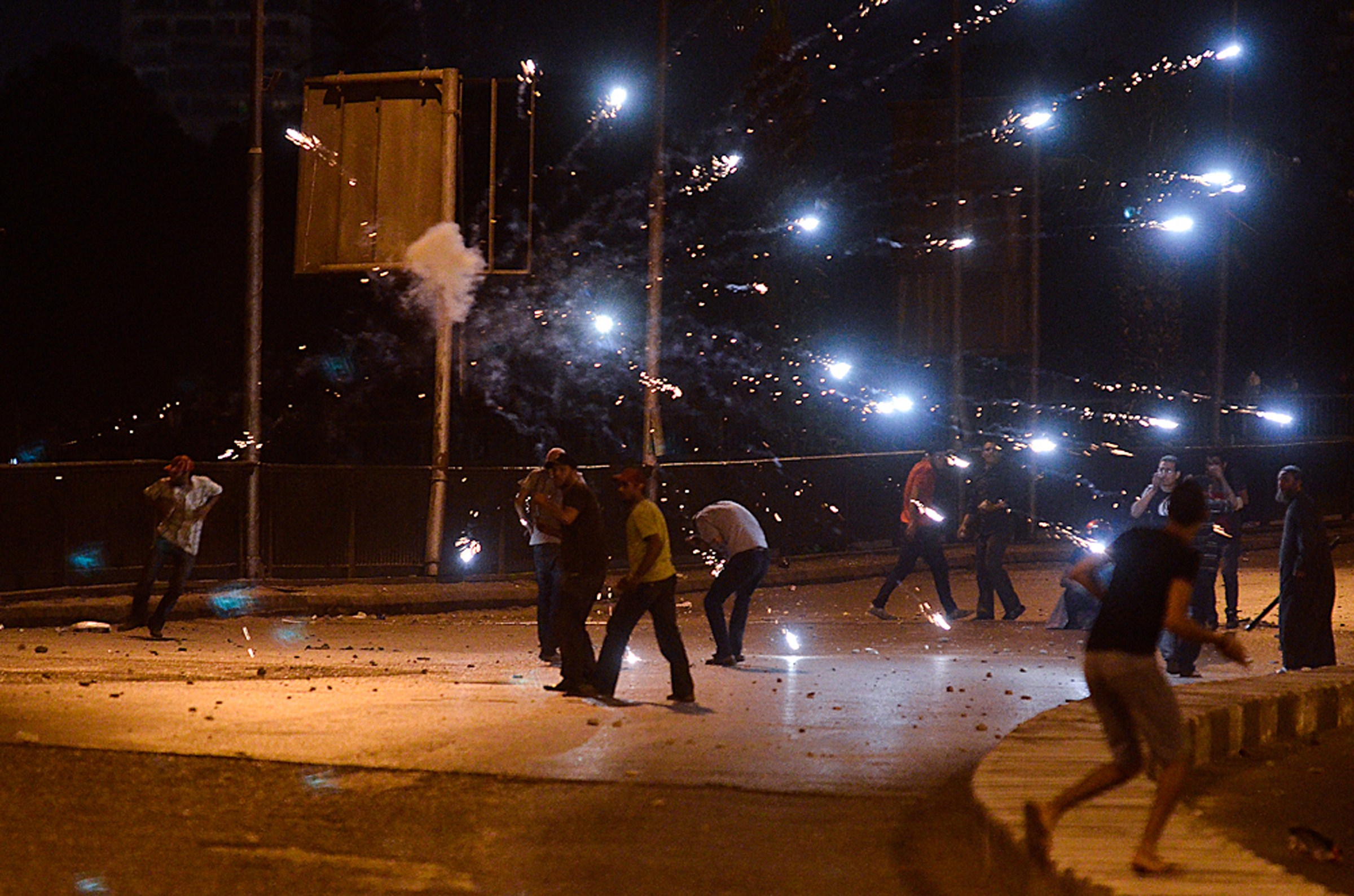 The group condemned the recent street violence, and praised political leaders who called for their supporters to refrain from attacks, in its remarks on Sunday.

Joe Stork, the HRW deputy Middle East and North Africa director, stated that all political parties should urge their followers to avoid any actions that could lead to violence and loss of lives.

He added that security forces need to show professionalism while conducting their duties in preventing violence.

Not only did HRW impeach police forces for exerting few efforts to prevent any violence, but they also denounced the military’s excessive use of force in different incidents.

The Egyptian military used lethal force in October 2011, when soldiers killed 27 protestors outside Maspero, as well as in December 2011, outside the cabinet building in Cairo.

The statement claimed that in many instances the police only intervened after violence had begun, such as in the clashes on 6 October Bridge, as well as in Alexandria at the Sidi Gaber police station, where 17 people died after supporters and opponents of ousted president Mohamed Morsi began firing at each other with pellet guns and assault rifles.

HRW stated that the excessive use of lethal force by the police indicates that there is a need for security sector reform, adding that there must be investigations into all alleged abuses of power by security forces.

In its Monday statement, the rights group noted that prosecutors have announced their investigation of members of the Muslim Brotherhood in several incidents that occurred since the resignation of former president Hosni Mubarak.

Those incidents included deaths of anti-Morsi protesters on 30 June during the Moqattam clashes, the Cairo University clashes on 2 July, the presidential palace clashes on December 2012 and the January 2011 prison break in which Morsi and Brotherhood leaders evaded detention.

HRW urged the military, however, to release Morsi, noting that he had not been convicted of a crime.

The organization also decried unwarranted targeting of the Brotherhood, and cited arrest warrants, detention of party’s leaders and the closure of Brotherhood-owned TV stations, claiming Egypt’s military-installed government was responsible.

HRW concluded that Egypt is bound by international human rights standards, which oblige it to take all steps to avoid loss of life, and to use lethal force only when necessary.