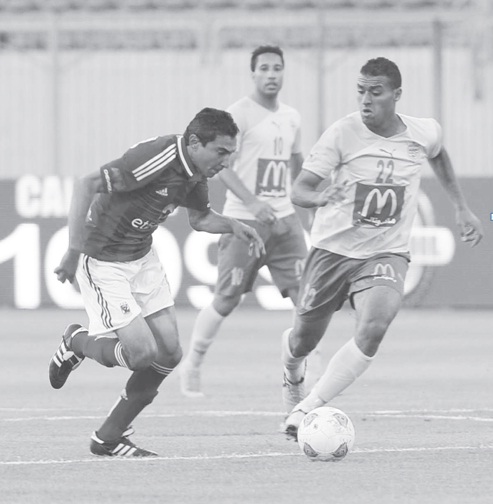 Mohamed Elnawawy, Managing Director, and Chief Executive Office of Telecom Egypt (te)discussed in a recent interview the details surrounding negotiations between te and Egypt’s three main mobile service providers, including the possibility of the signing of a new interdependence agreement.

He stated that te has been holding periodic meetings with Egypt’s National Telecom Regulatory Authority (NTRA) to discuss the possibility of obtaining a total telecom license, adding that more than one meeting is scheduled to take place over the coming week in order to further discuss the details surrounding te’s new plans to provide Total Telecom services to its users.

Elnawawy stated: “Egypt’s mobile service providers borrow and use Telecom Egypt’s infrastructure for the purpose of providing telecommunication services on the domestic market. Legally speaking, there do not exist any barriers preventing such companies from doing so in order to promote and spread their networks across the country”.

He stated that in the case of any disputes between te and the country’s various mobile service providers, the two sides could refer to an impartial third party to solve the issue, which could include either a consulting agency or an international judicial authority.

A number of these disputes date as far back as 1998, he said, but despite this business between te and the country’s mobile service providers has continued.

Negotiations between te and Egypt’s mobile service providers have required that an interdependence deal be signed between all parties involved, which would set the price of minutes purchased by Telecom Egypt from service providers, and the price at which they could then be resold to customers, in addition to identifying the quality and level of advanced services offered by companies, as well as the cost of borrowing and using radio and frequency waves.

In regards to financial disputes between te and the country’s various mobile service providers, Elnawawy stated: “the financial rights of companies cannot be ignored or denied. Courts of international arbitration have the final say in such disputes, and we are currently awaiting what such courts have to say. The arbitration process is long and takes time, however the most difficult of procedures have already been addressed, and we expect a verdict to be reached by the beginning of 2014”.

The cost of such disputes between te and the country’s various mobile service providers has been estimated to total upwards of EGP 815mn from September 2008 to March 2013. The total costs of disputes are equally split, according to Elnawawy, between Mobinil and Vodafone.

The Dispute Resolution Committee within the NTRA decreed in September 2008 that the previously agreed-upon interconnection tariff should be lowered to 18 piasters per minute, from its current rate of 40 piasters a minute, where 60% of this amount goes to mobile service provider companies, with the remaining 40% being collected by te itself.

Egypt’s mobile service providers have so far launched two separate lawsuits to prevent implementation of the NTRA’s decision to amend the cost of interconnection; the first filed on 3 September 2008, and the second one in January 2011.

With regards to te’s partnership with Vodafone, Elnawawy stated there existed only one scenario that could possibly warrant the former breaking relations with the latter. This, he said, would be any situation which might prevent te from working to increase and expand the value of company stocks held by investors.

Administrative regulations for te prevent the agency from pumping investment into two competing economic entities. In the event that the Egyptian government grants 4G  spectrum to te itself, the agency would then reassess investing directly into Vodafone Egypt, to the best interest of its shareholders. In the event that te obtained such license, they would therefore be legally forced to withdraw from any such partnership[MS1] .

That being said, in the event that te sought to sell its share of Vodafone Egypt, (which totals upwards of 45%) the partnership agreement signed between the two would require that te first offer to sell its share to Vodafone International, before making the offer available to international shareholders. Such a scenario is stipulated and spelled out under the right of pre-emption cause of the partnership agreement.

Regarding the company’s attempts to purchase a total telecom license, official prices for doing so have been estimated at nearly EGP 17bn. Elnawawy claimed: “such prices are inaccurate, illogical and not rooted in fact. This is a price that was set 7 years ago, during which the circumstances were vastly different than they are today, as the license included radio spectrum, international gateway and exclusivity period. If not so, in 2006/2007, Etisalat was to purchase the same license for EGP 500mn, the same price also set for Vodafone and Mobinil”.

He added that the company was gearing up to announce its new marketing and retail strategy for mobile telecommunication services immediately after obtaining its default license. He added that competition between companies would always serve the benefit of consumers, pointing out that te stands at a net cash position of EGP 7bn as at 31st of March, 2013.

Elnawawy stated that Telecom Egypt will seek to compete with the country’s three main mobile service providers in all sectors, particularly in bundle packages, which seek to provide users with  mobile/fixed, voice/data services,. He stated that users would be able to purchase advanced services from any store or kiosk in Egypt.

Te obtained a total of 22,000 new subscribers last April he said, bringing the company’s total number up to 8.65 million, as opposed to 8.62 million seen last March, according to statistics released by the Ministry of Telecommunications. According to the same statistics, the number of users in urban areas totalled 6.81 million, with the remaining 1.8 million located in the Egyptian countryside.

He added that the company decided to withdraw from the Italian market just a year and a half after first entering, due to their inability to achieve desired rates of profit and growth during this time.

The “our country is going mobile” program, launched by Vodafone Egypt in Italy in January 2012, attracted only 50,000 users, compared to the company’s goal of attracting a total of 200,000 by the end of 2013. This is in comparison to the Italian market as a whole, which saw a 160% increase in its number of users during this period, with the total number of subscribers increasing to 96.6 million.