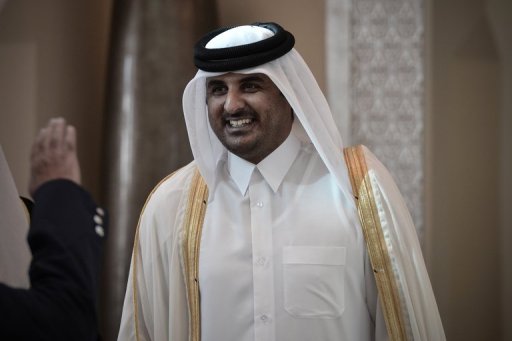 AFP- Qatar’s young new emir is likely to stay the course on most of his father’s policies while opting for a less assertive approach on pressing diplomatic matters, including the Syrian war, analysts said.

In his first address to the nation late on Wednesday, Sheikh Tamim bin Hamad al-Thani focused on what he called his government’s “top priority” of promoting development in the Gulf state.

He made no mention of the Syria conflict which has killed more than 100,000 people and which was a core policy of the past few years under the rule of his father, Sheikh Hamad bin Khalifa al-Thani.

The outgoing emir had strongly backed rebels fighting the regime of Syrian President Bashar al-Assad, and his prime minister Sheikh Hamad bin Jassem al-Thani took the lead among Arab states in the Libyan and Syrian uprisings.

“Qatar will not change its policy. But it’s normal for a new team to choose a new style in the exercising of power,” said Emirati analyst Abdulkhaleq Abdulla.

“In the short term, domestic political imperatives will overwhelm foreign diplomacy, as Sheikh Tamim’s government will be listening to the people in its quest for popularity,” said Abdulla.

As a result, he added, the important role played by Qatar in Arab Spring countries, among them Syria, would “diminish in the absence of the two main pivots of Qatari diplomacy: the former emir and his prime minister,” the driving force behind Qatar’s rise to global prominence.

“Qatar’s experience will not be repeated elsewhere in the Gulf,” said Abdulla, pointing out that Sheikh Hamad’s abdication on Tuesday was “not politically convincing” as it took place at a time when the gas-rich state was rocketing towards the peak of its glory.

At the age of 33, Sheikh Tamim became the youngest Gulf monarch.

In his moderate 15-minute speech on Wednesday, he said that “the change in the person of the emir, does not mean that the challenges and responsibilities have changed.”

Qatar “has sided with the Arab people in their desire for freedom and dignity, and against corruption and tyranny,” and it will remain “the Kaaba of the oppressed,” he said in reference to Islam’s holiest site towards which Muslims across the world pray.

“The emir will continue (with his father’s policy) but in a different style,” according to London-based analyst Abdelwahab Badrkhan.

“The lack of reference to Syria in the sovereign’s speech does not mean a change in policy, although the emir may reconsider Qatar’s support to Islamists” who came to power in Arab Spring countries such as Tunisia and Egypt.

For Ibrahim Sharqieh, deputy director of the Brookings Doha Center, “Sheikh Tamim deliberately avoided mentioning difficult matters, including the Syrian conflict, however, he reiterated Qatar’s fixed policies Arab-wise, including its support for the Palestinian question.”

“It’s normal that he has focused on internal political matters during his first address to Qataris, who had just pledged allegiance to him,” said Sharqieh.

“The line drawn by Sheikh Hamad bin Khalifa’s policy will be maintained, but in a different style after the departure of Hamad bin Jassem,” he said.

Khaled al-Attiyah, who was promoted to foreign minister in the new government from minister of state for the same portfolio, “ran the major issues in the region for years”.

“It will be the same policy, but with less aggression,” said Sharqieh.

“However, we will miss Hamad bin Jassem’s frank, direct and sometimes inflammatory remarks,” he said, speculating that the former premier would “one day emerge as a major player on the international arena, like Algeria’s Lakhdar Brahimi,” the international peace envoy to Syria.

But in the meantime, Sheikh Hamad bin Jassem, who heads the Qatar Investment Authority at a time when Qatar’s gas and oil wealth is generating billions of dollars that are being invested in energy and infrastructure projects, will continue to oversee the country’s investments and assets abroad, according to several sources in Doha.