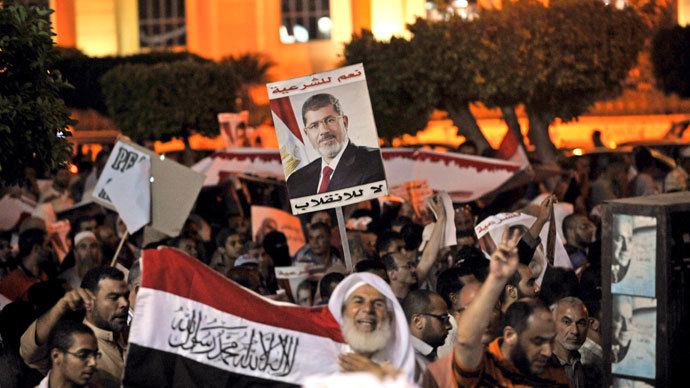 This was compounded by the forceful and deadly dispersal of the Rabaa Al-Adaweya sit-in, which left hundreds dead and thousands arrested. Since then, violence has become more widespread on Egypt’s streets.

While the main Islamist entity in the country, the Muslim Brotherhood, opposes the regime through protests and international mobilisation, other smaller groups have been rising to physically confront the current regime. The ideologies of these movements differ, but their main aim can be seen as common.

The Popular Resistance in Giza

The group ostensibly started its activity at the beginning of 2015. It has primarily been using social media to announce its operations, which often targets police checkpoints, foreign investments, and security personnel. It also has adopted the tactic of blocking main high roads around Cairo.

Most of their rhetoric lacks hardcore Islamist vocabulary; however their statements are full of sentences about retaliation against police officers and officials. In some cases, they have published the names of police officers who they argue “attacked anti-coup protesters, and torched revolutionaries”.

The group mainly uses fireworks, birdshot guns, and Molotov cocktails. Their members appear wearing masks in amateur videos while attacking their targets. Their logo features a militant throwing a Molotov cocktails, while their slogan is “We swear we will triumph”.

There are other groups operating under similar names, but there is no proof of cooperation between them. The group has vowed to avenge the execution of Mahmoud Ramadan.

The group propagates itself as the ‘Soldiers of God’, while emphasising an Islamist trend in their publications. The group argued that the established regimes are not open to reform, adding that “what we need is the complete destruction of all institutions in order to build new ones on their ruins, in accordance with God’s law”.

The group flag is black, bearing the shahada (Islamic credo) on the right side and a Kalashnikov on the left. Ajnad Misr has been active for a year-and-a-half to date. The group added, in a video, that it is currently at war with the “criminal agencies” of the state, and has not directed any attacks against Coptic Christians in the country. Regarding the targeting of police personnel, Al-Masry said the attacks came in retaliation for “all sorts of crimes against the people”.

It has claimed responsibility for several bomb attacks against police officers, leaving various deaths and serious injuries. Their strategy includes vowing to attack a target, followed by releasing teasers, and then releasing either a video documenting the operation or a statement narrating the attack. Their social media page posts propaganda videos of different attacks on female protesters, and students. The group has been designated by the US as a terrorist organisation.

The group began operating after the fourth anniversary of the 25 January Revolution. While the Popular Resistance in Giza does not use live fire, the Revolutionary Punishment has posted footage of alleged members carrying AK-47 machine guns.

The group claimed some attacks on police vans carrying prisoners. It also posts the names of officers who are allegedly torturing female detainees in detentions centres. The group was active during the protests on 25 January in Matariya, where demonstrators defied the security presence, leaving more than 12 killed in the restive neighbourhood.

The ideology of the group is still not known; however their posts and attacks are often shared and celebrated by anti-government social media channels.