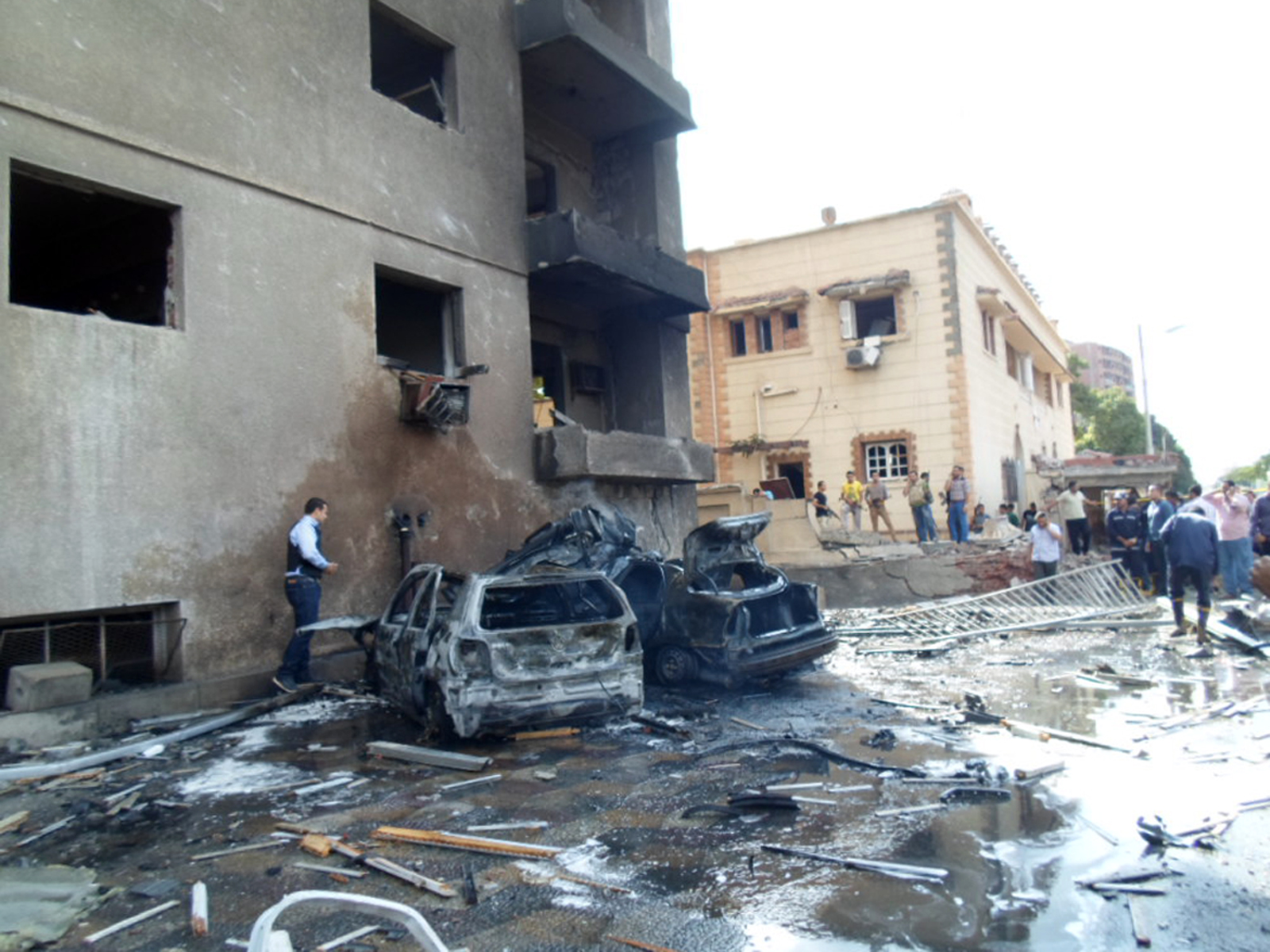 Sinai-based jihadist group Ansar Beit Al-Maqdis has claimed responsibility on Monday for the military intelligence building bombing on Saturday in Ismailia, where six were injured.

Ansar Beit Al-Maqdis said in a statement: “The explosion occurred through a car bomb to cleanse Egypt of crime and military foreign agents.”

The jihadists stipulated that the bombing was justified, since the country was “under the repressive practices carried out by the Egyptian army against our people in Egypt through killing of citizens, demolition of houses and arbitrary arrests without guilt or fault.”

Ansar Beit Al-Maqdis had previously claimed responsibility for a series of bombings in North Sinai, including one which targeted Egyptian Central Security Forces, an assassination attempt on Minister of Interior Mohamed Ibrahim in Cairo and missiles fired into Eilat, Israel.

The group claims that the reason behind their insurgency is the forcible dispersal of the Rabaa and Nahda sit-ins protesting against the ouster of former president Morsi.

The group also added in its statement that targeting this building was due to “military intelligence [being] the leader in a war which only benefits enemies of the state, including the Jews and Christians.”

The jihadists ended their statement with a warning for citizens against approaching military and police institutions.

Three high-ranking military personnel held a meeting to discuss the escalation of terrorist operations in Sinai and the Canal Zone after the bombing of the intelligence building and an administrative building in the Canal Authority Facility in Ismailia.

In the meeting, they discussed the application of a control system to combat the use of car bombs as a method of attack, ways to tighten inspection of unknown vehicles, and the passing of procedures to move parking spots away from vital institutions, such as Suez Canal buildings.