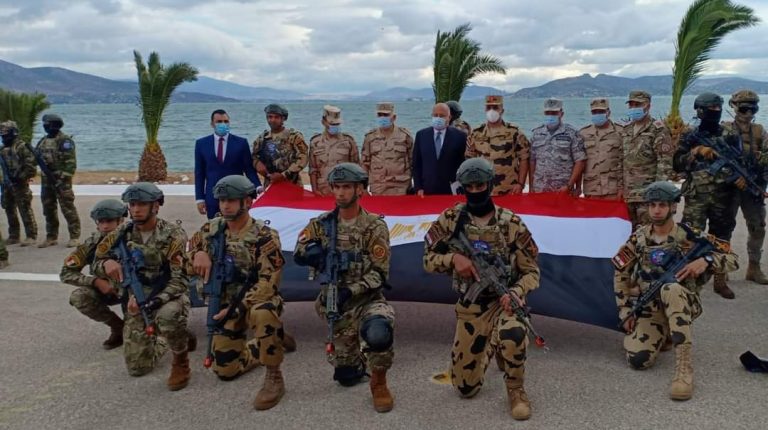 Special Forces of Egypt, Greece, Saudi Arabia, and the United Arab Emirates carried out, for the first time, quadruple joint training (Hercules-21), which continued for several days in Nea Peramos municipality of Greece.

The training included carrying out many activities including lectures and practical drills in the field of fighting terrorism, combat in built and open areas, rescuing hostages and medical evacuation, as well as operations of dropping troops from the air and to the sea. The training activities were attended by a number of leaders of the armed forces of the four countries participating in the training.

Hercules-21 comes within the framework of the joint training plan implemented by the Egyptian armed forces with friendly countries, with the aim of exchanging experiences and refining the skills of the participating elements in the fields of work of the Special Forces, in a way that contributes to achieving the highest rates of efficiency and combat readiness.

Earlier this month, Egypt launched the multinational military exercise Bright Star with the participation of 21 countries.