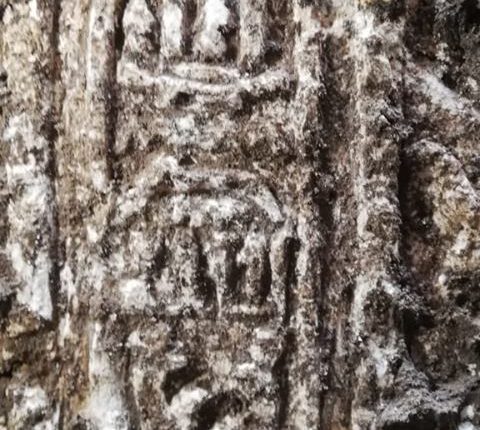 An Egyptian archeological mission accidentally stumbled upon remains of Ptolemy IV Philopator’s temple while digging for sewage infrastructure in Kom Ishqaw city, Sohag governorate. The city, previously known as Per-Wadjet, was a nome in Egypt under the rule of the Greek Empire.

Moustafa Waziri, Secretary-General of Supreme Council of Antiquities, stated in a press release that some of the temple’s stones were discovered during the excavation for installing the sewage pumps.

The mission discovered the southern west part of the temple first, and the excavations soon reached up till the northern corner of it. Inscriptions depicting Habi, the God of the Nile, presenting offerings of various animal and birds covered the walls of the temple with vivid words featuring the name of Ptolemy IV Philopator.

Remains of limestone walls were also unearthed from the temple as well as the ground floor which was also found made of lime. Kom Ishqaw is the 10th Upper Egyptian nome.

The town is famous for having the Papyri, which features the famous poet Dioscorus of Aphrodito who lived there in the 6th century.

The ministry announced stopping the sewage process in the town, until the complete excavation of the area.