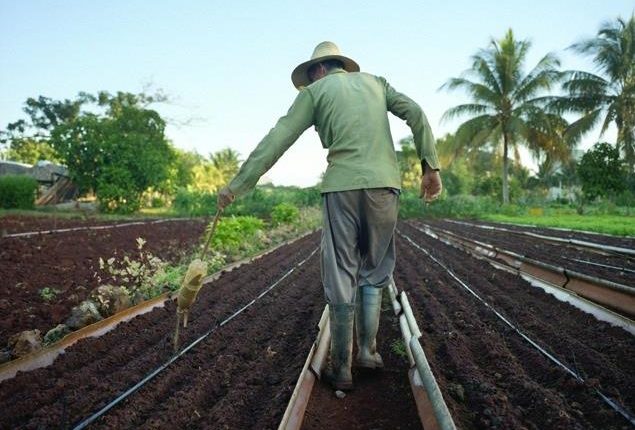 Before 1989, Cuba was an important country in the so-called green revolution, which heavily relied on imported oil from the Soviet Union.

With the collapse of the Soviet Union, and under a harsh American blockade, Cuba was exposed to the worst food crisis in its history, which forced them to search for urgent solutions to break the impasse.

The solutions were new and unprecedented. Cities, backyards, balconies, roofs, corridors, schools, hospitals, government and private institutions, and even non-arable areas, were planted using containers or sacks through alternative or movable soil.

Cuba used organic and semi-organic systems to convert organic waste into compost (organic fertiliser) to feed plants. It also relied on the natural control of insect pests, plant diseases, weeds, and completely prevented the use of pesticides in urban agriculture.

Furthermore, Cuba provided untapped lands within cities for long periods of time without rent and opened new markets. It also encouraged enterprises to market their own products to their employees. Agricultural extension departments were established in various Cuban regions. Cooperatives supplied seeds, organic fertilisers, and natural pesticides to people in the Cuban capital. Cuba’s capital Havana has hundreds of urban orchards.

In parallel with the urbanisation of cities, the Cuban government dismantled large farms into smaller ones, to become more manageable and capable of withstanding sustainable agriculture practices. In these farms, Cuba replaced tractors with bulls to plough the land due to the fuel shortage. Some 300,000 bulls are currently engaged in agriculture process in Cuba, in addition to over 200 biological control centres throughout the country, with all biological control agents produced from beneficial bacteria, fungi, and insects.

Over 350,000 farms, including 150,000 family farms, have managed to produce about 97% of their needs of vegetables, such as lettuce, carrots, tomatoes, avocados, cucumbers, herbs, medicinal herbs, and other products, such as poultry and meat. All the rest relied on draining organic waste and turning it into fertilizers.

The experience of ecological agriculture in Cuba has contributed toward reducing both global warming and climate change, since tractors were replaced with bulls, the quality of air improved.

It also led to the provision of hundreds of thousands of jobs. This contributed to crime reduction, especially in informal housing areas.

US marks Fulbright Commission’s 70th anniversary in Egypt in Minya

Only 20% of women entrepreneurs are bank clients: NCW President

AFD allocates €1bn for Egypt during next 5 years