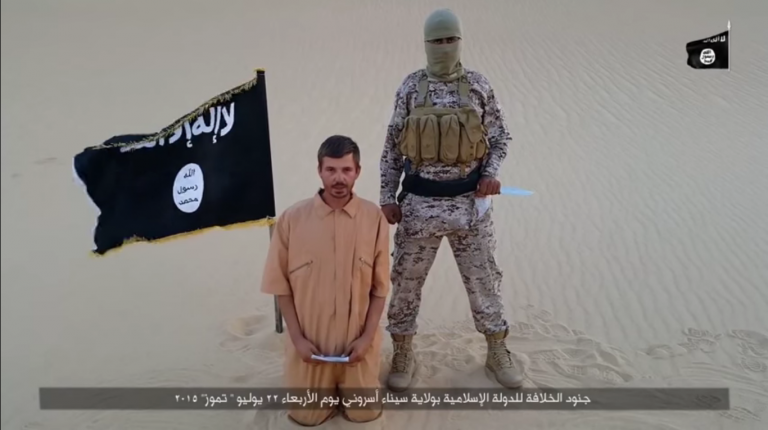 Egypt, Saudi Arabia, the United Arab Emirates (UAE), and Bahrain asserted their readiness to hold a conditional dialogue with Qatar in light of implementing the six principles, which the four countries have agreed in Cairo on 5 July, according to a joint statement on Sunday.

The ministers of foreign affairs of the four countries met in the Bahraini capital city, Manama, on Sunday to discuss the latest developments on the Qatari crisis and measures to be taken against Qatar.

The meeting comes as a continuation of the agreement in Cairo on 5 July, in light of consultation and coordination to “stop the Qatari support of terrorism and extremism, its intervening in the internal affairs of countries in the region, and changing its policy that supports terrorism and destabilising Arab and international security,” Bahraini Foreign Minister (FM) Khalid bin Ahmed Al-Khalifa said in a press conference following the meeting.

Al-Khalifa expressed Bahrain’s keenness on maintaining the unity of the Gulf Cooperation Council (GCC), and at the same time rejecting negative interference in the affairs of one another. “The GCC is the only place to discuss Qatar’s membership in the council,” he said in response to reporters’ questions.

Also, he asserted that the main and only accepted mediation role played in the crisis is that of Kuwaiti Emir Sheikh Sabah Al Ahmad Al Jaber Al Sabah and that resolving the Qatari crisis is very important for the security of the region.

In the two-day meeting, the four countries reviewed communications and consultations regarding the crisis, stressed the necessity of implementing the Riyadh agreements of 2013 and 2014, and condemned the Qatari distributing for pilgrimage of its nationals, according to the statement.

Saudi Foreign Minister Adel Al-Jubeir rejected the Qatari accusations regarding how Saudi Arabia disrupts Qatari pilgrims from performing the pilgrimage, saying that the kingdom’s history is clear in this point and the Saudi kingdom does not accept politicising the pilgrimage

He also added that every country has relations with Iran faced troubles. Al-Jubeir ignored a question about the Turkish troops in Qatar despite answering the second part of the question which was about Iran.

Egyptian Foreign Minister Sameh Shoukry asserted the conditional dialogue with Doha in light of the Cairo agreement, saying that the meeting did not cancel the 13 demands to Qatar.

On 5 June, Egypt, Saudi Arabia, the UAE, Bahrain, Yemen, and Libya’s eastern-based government, in addition to the Maldives, cut their ties with Qatar. The six Arab governments accused Qatar of supporting terrorism, disturbing security and stability in the region, and supporting Iran. Doha denied the accusations.

On 5 July, Egypt, Saudi Arabia, the UAE, and Bahrain said in a joint statement in Cairo that the four countries feel sorry for the negative response from the State of Qatar and the measures which were taken against Doha were for securing the Arab national security, and the Qatari position would not be tolerated and should be stopped.

Arab states boycotting Qatar to meet in Bahrain on Sunday