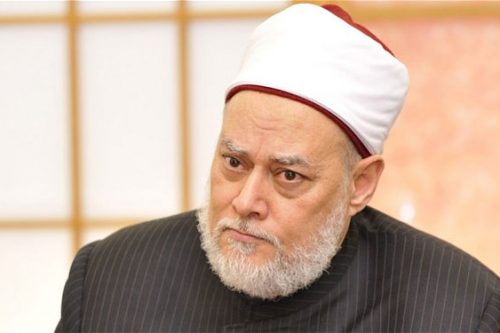 The suspects are also accused in other terror attacks that took place following the ouster of Mohamed Morsi in 2013, according to security sources.

These arrests came as part of a security crackdown across several areas in Kardasa, Nahiya, Al-Haram, and Giza districts, a few days prior to the third anniversary of the violent dispersal of the Rabaa Al-Adaweya sit-in.

This is not the first crackdown on areas in Giza as dozens of people have been arrested from there and referred to court on charges of committing terror attacks, especially following the dispersal.

A large number of Brotherhood supporters reside in these districts where they arrange marches and demonstrations on the anniversaries of significant Brotherhood movements or clashes with security forces.

The 10 suspects denied that they were involved in the assassination; however, security sources noted that during investigations one of them referred to an apartment in the Faisal district which was used for preparations ahead of the attempt.

The security forces went to the apartment accompanied by a bomb squad to search for other suspects, weapons, and bombs, but nothing was found.

Searches and investigations are ongoing in the case until all members of the group accused in the attack are arrested.

Similarly, a few days following the failed attempt, three other suspects were arrested for being involved in the incident. The arrest was made at dawn as police forces, headed by General Khalid Shalaby, targeted criminal hotbeds across different regions of Al-Saf, Al-Badrshein, and areas in Kerdasa.

Ali Gomaa survived an attack on 5 August when a number of assailants opened fire on him. The masked assailants targeted Gomaa while he was walking towards Fadel mosque to attend Friday prayers in 6th of October City. An exchange of fire between the assailants and Al-Gomaa’s personal security guards resulted in a light leg injury for one of his guards.

A local militant group known as “Hasm” claimed responsibly for the attack through a statement posted on Facebook. However, so far there has been no finger pointing by officials to the assailants responsible for the gun shooting.