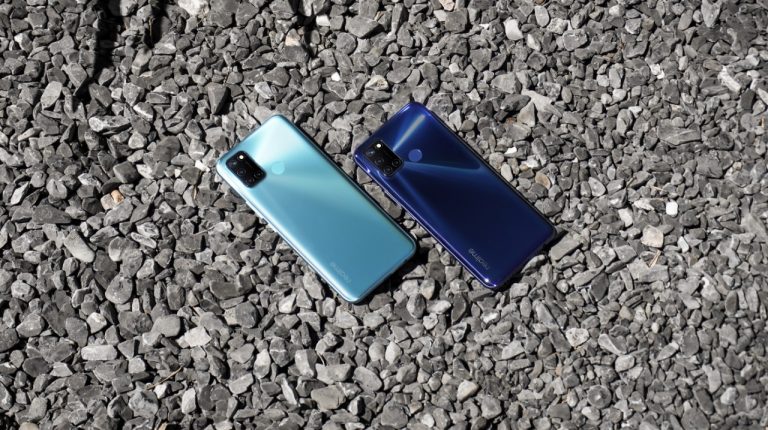 Digital communication experts and enthusiasts alike are anticipating the official launch of the latest realme 7 series in the Egyptian market.

They will be able to enjoy a choice of the realme 7 & the realme 7 Pro, particularly after the smashing success this series has achieved across the globe.

Realme,  the fastest-growing & trendsetting smartphone brand, will launch the two new 7 series phones via a virtual event at 8pm on 19 October. The event will also include the announcement of the C17 smartphones, the latest edition of the C economic series, popular for its unparalleled quality.

The long-awaited launch of the realme 7 series is the culmination of the Chinese company’s strategic goals to alter the way smartphones are used around the world. With this in mind, they chose the slogan “Dare to leap”, to further assure their vision and efforts to provide smart-tech, high-quality phones and gadgets for their younger audience.

Moreover, the smartphones include a 65W SuperDart charger for rapid recharging, allowing users to achieve up to 13% charge in three minutes. Users also will not need more than 34 minutes to fully recharge the battery, ensuring that this newly-adopted charging technology sets the brand apart from its competitors.

As for realme 7’s top features, the new smartphone features the world’s first HelioTek G95 processor, which was built specifically for gamers. The phone boasts a 2.05 GHz octa-core, an extra smooth 6.5 inch, 1080 x 2400 screen with FHD+ definition, and a 90Hz refresh rate, making it the perfect and most affordable smartphone for gamers.

The realme 7 Pro, on the other hand, comes with a Qualcomm Snapdragon 720G octa-core processor with a 2.3 GHz speed and a full super AMOLED screen. The novel Pro model has got a 2400 x 1080 6.4 inch screen with a 64-pixel camera and an FHD+ definition along with a staggering 60Hz refresh rate.

The realme 7 Pro’s camera is one of the focal strengths of the smartphone, featuring a 64-pixel quad-camera with a Sony IMX682 sensor. It is also supported by a wide array of applications that entertains users and photography fanatics, including stars, night, and HD video modes, along with a 32-pixel selfie camera.

The 7 pro is the first smartphone of its kind to pass the TÜV Rheinland quality test to assure the convenience of phones before launching into the markets. This test includes 22 major segments and 38 secondary ones, such as sudden falls, consumption, exposure to high and low temperatures, various rates of humidity, unstable performance, click life, high voltages of electricity, and many more tests. These were put in place to guarantee the smartphone’s qualifications and adherence to the highest levels of daily consumption.

The C series has received excellent reviews worldwide, with the C17 continuing a streak of successes for economic smartphones. Realme has been striving to deliver unparalleled quality and affordable prices, which C17 will be the first with 90Hz smooth display in its category.