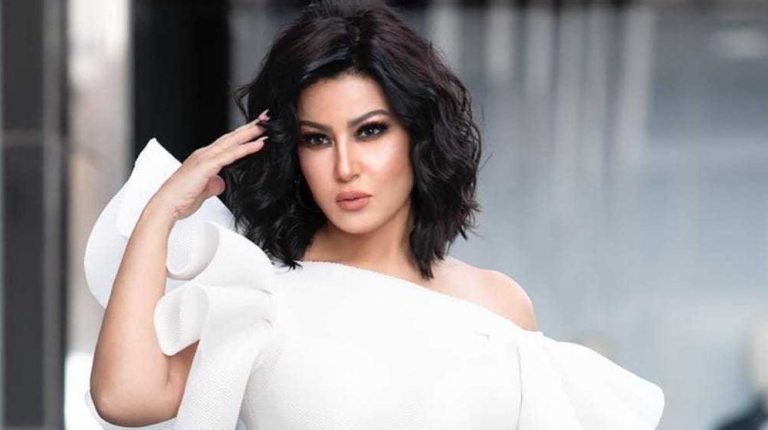 Somaya El-Khashab is a star who was able to reach the peak with her talent and become one of the most important stars of her generation.

From the start, she set for herself a plan to follow, which is to provide only what adds to her and preserves the success that she achieved throughout her artistic career.

She disappears sometimes and then returns to surprise her audience with a new film or show that adds to her artistic career.

Al-Khashab has also become more active on social media to engage with her audiences and talk to them about her life, social problems, and to create a forum where she can express her opinions among supporters.

She is currently preparing to film some dramatic and cinematic works, so Daily News Egypt sat down to talk to her about her career and where she’s been.

To start off, tell us about ‘Hidden Spirits’, which you contracted with recently, and what attracted you the most to it?

What attracted me to it was the script. The story of the show and the scenario are new and different. I am always looking for something unique. The series revolves around an exciting social framework, but I will not talk about its details now because we are still in the preparation stage.

I am happy with the cast, which includes a group of stars, including the actress Sawsan Badr, Hala Fakher, Mahmoud Abdel Moghni, Munther Rayhana, and others, and the work was written by Sawsan Amer and will be directed by Ibram Nashat.

The series will be streamed on an online platform, what do you think of that?

Online platforms have achieved great success and have a large audience, and the views exceed millions. Therefore, displaying artwork through them has become an advantage and does not diminish any artwork. I am very excited for a show I’m part of to be streamed on one of these platforms, and there is the added bonus that the show is only ten episodes long, making it very suitable for streaming and ensures that there is no unnecessary prolongation in the work. I hope the audience will enjoy it.

Do you have any criteria or conditions that you look for before accepting any role?

They are not conditions, per se, but the most important thing for me is the story and the script, and I must read them completely before expressing any opinion.

I also look at the cast, crew, director, and production company. I appreciate there being a plan of action that can be followed to achieve success. I do not care about the issue of quantity and availability as much as I care about the method of work.

In your opinion, what do you think of the role of drama in serving societal issues?

Art and drama here are soft powers; their influence is quite substantial, and their messages are quick to affect the audience. There are laws that have changed because of some cinematic works. Drama, in my opinion, is a simulation of the reality in which we live to discuss its social and humanitarian issues. Therefore, I love realistic works and I love to participate in works that have a message.

It is nice to present a negative reality, develop it, and transform it into a positive one. The shape and form of drama has changed a lot, and artists have become more mature and aware, and they can easily differentiate between the content that adds to society and the content that can be damaging.

What do you think of the current state of affairs of Egyptian drama?

It has become better, and we have a very good level of drama that is highly artistic in terms of writing, directing, performance, and presentation. And we have stars who have their distinctive contributions, and Egyptian drama has its status and strength; the throne of Egyptian drama cannot be shaken.

What about cinema? Are you taking a break, or are you just not getting approached?

On the contrary, I am getting approached, but as I told you at the beginning of the conversation, I am looking for a role that adds to my career. I’m offered roles all the time, but I only choose what suits me.

I recently contracted to star in the movie ‘Tarot,’ which is about the mystical deck. The movie is quite different from anything that’s been done before, and filming will begin soon.

What is the most difficult role you have played in your career?

Believe me, all the characters that I have played were difficult and exhausting, and there were roles that affected me in a way that stuck with for a long time, including Sakina.

You’ve performed many songs, but so far you have not been classified as a singer. What do you think of that?

I do not like categorisation and consider myself a comprehensive artist, and most of my experiences as a singer enjoyed a great deal of interaction and success among the audience.

My only problem lies in the continuity and the inability to be present continuously among my fans as a singer because of my inability to reconcile my activities as an actress and a singer.

I may be associated with a drama or a new movie that distracts me from singing for a long time, and this is what happens most of the time. And unfortunately, this has caused me to slow down and lag behind when it comes to singing.

Quite frankly, do you see that there is a generation of new stars that compete strongly with yours?

Absolutely, the presence of a new generation of stars cannot take away from the stardom of previous generations. On the contrary, this creates strong competition and adds to art in general. Each artist is distinguished by a specific thing and a specific performance, and each artist has their fans that love them, and the criterion in the end is the true talent and the audience.

Stardom has many criteria, and it is not measured by controversial work or a two-day trend.

Indeed, my relationship with social media is strong, and I have many followers and an audience that I love and love me, and we are in an era of social media that has become important for any artist.

It has become a faster way to market any artwork, message, or illustration and removed the distance between the artist and their audience.

Social media brought me closer to my fans, and I realised its importance in breaking boundaries and opening new horizons for communication with the audience.

It is enough for me the happiness that I feel because of their closeness to me, the expression of their feelings towards me, and their discussion with me about the details of my work and other matters related to their personal lives, such as their studies and work.

However, I do not deny that social media has flaws and I consider it a double-edged sword because someone having a large number of followers does not necessarily mean that they are talented.

Do you have any comments on the award you received in your hometown, Alexandria, recently?

I was honoured on the occasion of the National Day of Alexandria, and I was at the height of my happiness. Being honoured by my country and home is evidence of their pride in me and my success and in the works that I have presented throughout my career. I thank the governor for this important honour.

Everyone knows how attached you were to your mother. How have you coped with her passing?

My mother was the most important person in my life, and until now, I cannot get over my grief for her because we were one. She was my adviser, my lover, and my friend, and she left a huge void inside me.

I pray to God that she is in a more beautiful place, and I advise everyone to enjoy the company of their mother and appreciate them while they still can.