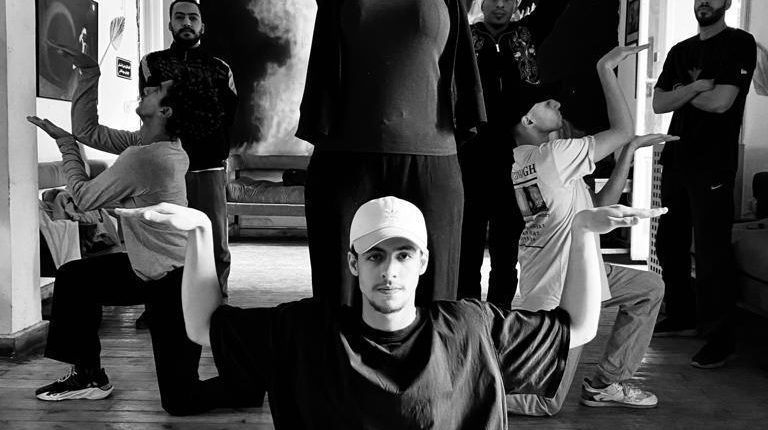 Spanish choreographer and artist Dani Pannullo has been in Egypt since 22 November to prepare a dance show that pays homage to the rich cultural heritage of the Egyptian architect Hassan Fathy.

The dance show, titled ‘Architecture of Dance’, is conceived and designed by Pannullo and represents a journey to the essence of Egyptian culture. The world premiere of the show will take place in cooperation with the National Museum of Egyptian Civilisation in Cairo under the patronage of the Cultural Affairs Department of the Spanish Embassy in Cairo.

The show will feature the participation of renowned Egyptian artists, such as Amie Sultan from the Tarab Collective for Preserving Egyptian Performance Heritage and Mohamed Al-Sayed. Additionally, Spanish artists, such as Alexander Peacock, will be participating in the show, along with young Egyptian artists Hossam Al-Deen Ahmed, Ibrahim Desouky, Youssef Abdel Mageed, Aly Ashmawy, Eslam Arabi, and Essam Khalid.

The show is an “urban ballet” that aims to shed light — from a scenic arts perspective — on the vision of the brilliant Egyptian architect Hassan Fathy (1900-1989), who was a pioneer of adopting and applying novel construction methods and the use of traditional materials, and whose work has had a significant international impact that inspired many Spanish architects as well.

The idea of the show emerged after the presentation of a book about Hassan Fathy titled ‘Counter Current’ that was coordinated by essayist, writer, and cultural manager Jose Tono Martínez and published by the Casa Arabe in Madrid.

Pannullo’s soul was so profoundly touched by the humanism that stands out in Hassan Fathy’s work as well as his spectacular career that he wanted to visit Egypt just to pay homage through his scenic art to this emblematic architect.

In that same context, it is worth highlighting the excellent artistic and professional relationship that Pannullo’s company has always maintained with Egypt since 2007, when he premiered ‘Desordances’ at the Cairo Opera House — a show that gathered for the first time Spanish and Egyptian urban dancers on one stage.

The show reaped a lot of success, eventually touring Spain, and has been chosen to be the inaugural party of the headquarters of Casa Arabe in Madrid.