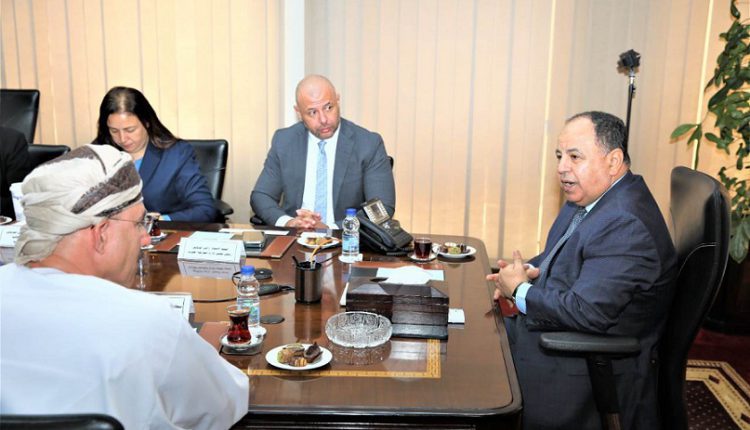 Mohamed Maait, Minister of Finance, has said that the access to finance in international markets has become very difficult for emerging economies, pointing out that the strong historical ties between the Arab countries push for the development of regional economic cooperation.

He stressed that it is time to deepen Arab economic partnerships and achieve integration between the Arab brothers, so that we all have the ability to overcome the current global challenges.

Maait said that the challenges are intertwined with the consequences of the Coronavirus pandemic with the repercussions of the war in Europe, including a very sharp inflationary wave that raised the prices of basic commodities, energy and the cost of financing.

In his meeting with the head of the Omani Muscat Stock Exchange, in the presence of Ramy Al-Dakani, the head of the Egyptian Exchange, the Minister of Finance said that Egypt opens its doors to the Arab brothers with a more attractive climate for investment based on a strong infrastructure network capable of accommodating production and development expansions.

He explained: “We have promising investment opportunities in various sectors, especially in the green transformation projects; In line with the Egyptian presidency of the Climate Summit, whose organization in Sharm El-Sheikh won wide international acclaim.”

The Minister of Finance added that the Egyptian economy has become more capable of flexibly dealing with external shocks, with the gains we have achieved through the economic reform program, which gave us a financial space and our position to take proactive measures that enhance support for economic activity, in a way that contributes to the continuation of the production cycle, along with the expansion of the social protection umbrella for the neediest groups in order to mitigate the inflationary wave imported on citizens as much as possible.

The minister indicated that we are looking forward to increasing Omani investments in Egypt and enhancing trade exchange between the two countries, as an extension of the strong brotherly and historical relations that unite them, explaining that we are ready to increase bilateral cooperation, exchange experiences and transfer knowledge in all fields, especially the economic aspect.

Ramy El-Dakani, head of the Egyptian Exchange, stressed the importance of the measures implemented within the economic reform program at the level of fiscal and monetary policies.

He highlighted the positive impact of these measures on the performance of the main indicators of the Egyptian Exchange, and the rise in the average daily trading values ​​of more than EGP 1.6b, explaining the positive impact also on the increase in the number of new investors during the current year compared to previous years.

Al-Dukani explained that the increase in market capital exceeded the levels of EGP 840bn during the current week, pointing to the importance of quickly activating the government offering program to maximize benefit from the current positive situation of the market and its ability to absorb new offerings.

Mohamed Mahfouz, Chairperson of the Muscat Stock Exchange, stressed that the Egyptian development projects are attractive to the Omani investor, explaining that strengthening bilateral economic cooperation and exchanging experiences with Egypt and the Arab world has also become more urgent, in the face of the current global challenges that cast a shadow on various countries.