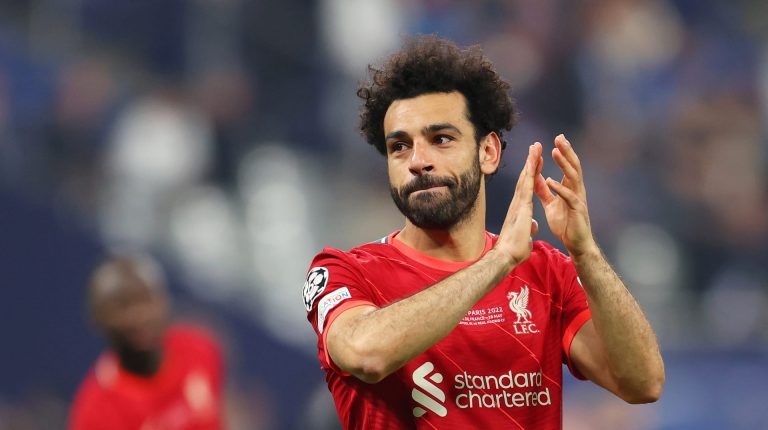 Mohamed Salah, the star of Liverpool and the Egyptian national football team, has revealed his ambitions in his football career.

The Professional Footballers’ Association published, via Twitter, a video of Salah’s interview after being crowned with the League’s Best Player award for the 2021-2022 season.

Salah said that there are three goals he scored with Liverpool that he likes the most: the first was against Manchester City in the 2017-2018 Champions League’s quarter-final second leg, the second was against AS Roma in the first leg of the semi-finals of the same edition of the competition, the third one was also against Man City but in the Premier League last season.

But, in the end, Salah settled on choosing his goal against Manchester City, which came in the second leg of the 2018 European Champions League quarter-finals.

Salah talked about the best moment of his career with Liverpool, saying: “Winning the Champions League title in 2019 for the first time in my career was unbelievable, especially since it came after losing the 2018 final.”

With regard to his idols in football, Salah chose Francesco Totti, the legend of the Italian national team and AS Roma, and Brazil’s Ronaldo, along with Zinedine Zidane.

Salah believes that the dream that he would like to achieve before retirement is to win the Ballon d’Or award.

Salah is the first player in the history of Liverpool to win the award for the best player in England twice, presented by the Professional Footballers’ Association.