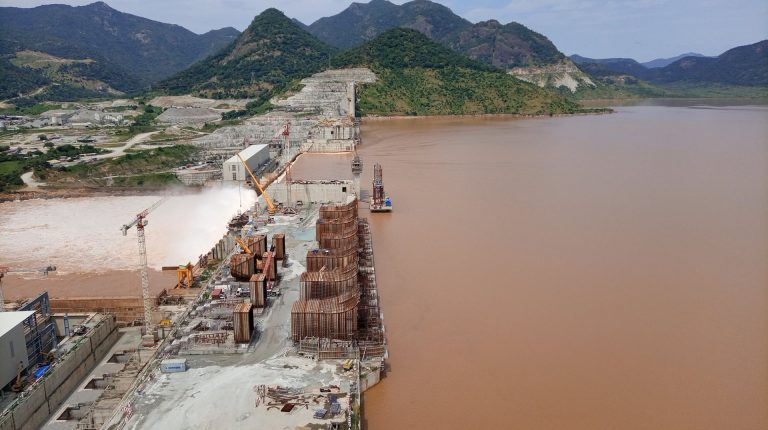 Located downstream from the headwaters of the Blue Nile River in the Ethiopian Highlands, the Grand Ethiopian Renaissance Dam (GERD) is set to become Africa’s largest hydroelectric power plant.

Still under construction, it is eventually expected to be able to generate more than 6,000 megawatts of electricity, which will provide power for about half of Ethiopia’s population and also allow the country to export electricity to neighbouring nations. Ethiopia argues that it needs the dam’s electricity to modernize and grow.

The dam would affect the flow of the Nile to downstream residents in Sudan and Egypt and has become a major point of contention over water rights along the river. Several scientists and engineers have also voiced concerns over the dam’s structural integrity because of its location in mountainous terrain in an active tectonic region.

As satellite imagery shows that Ethiopia is filling the dam’s reservoir, Ethiopia, Sudan, and Egypt are negotiating to reach a political consensus on safe operation and management of the GERD to ensure health and sustainability in the region.

That agreement’s allotment includes the flows of both the Blue Nile and the White Nile, which meet at a confluence near Khartoum, Sudan. The northward flow of the White Nile from Lake Victoria, a much lower volume than the Blue Nile, remains largely unimpeded.

Some engineers have cited research suggesting that the dam is vulnerable to environmental hazards that may cause it to collapse. Seismicity is not the least of these concerns, as the project abuts one of the largest rift zones on Earth: the Great Rift Valley. 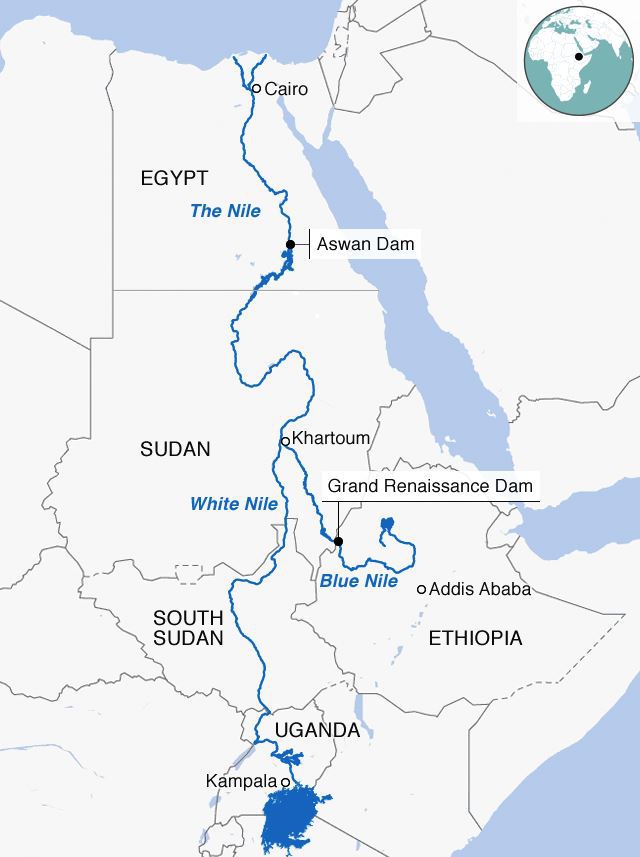 “Ethiopia is the most seismically active African country,” said Abbas Sharaky, a professor of geology at Cairo University. In the past 5 years, Ethiopia has had at least five earthquakes measuring from M4.0 to M5.3. “The dam itself and its reservoir are located on a fault.…[Part of the dam] is arched so that the concave side faces the lake, making it weak and vulnerable to collapse.”

Roger Bilham, a professor of geological sciences at the University of Colorado Boulder, mitigates some of these concerns. He said that the GERD lies about 500 kilometres to the west of the Afar Triple Junction, a divergent plate boundary where the Nubian, Somali, and Arabian tectonic plates interact. Major earthquakes are rare beyond a distance of about 200 kilometres, Bilham said.

“Earthquakes are frequent along [plate] boundaries, but they tend to be rather small (less than M5) because the Earth’s crust is warmer and thinner than elsewhere and is therefore unable to sustain large damaging earthquakes,” Bilham added.

However, Hesham El-Askary explained, because the dam’s location is tectonically active, an excessive amount of pressure can cause the faults to slip. El-Askary is a professor of remote sensing and Earth system sciences at Chapman University in Orange, Calif. He is currently conducting research on natural hazards and the geology of the Grand Ethiopian Renaissance Dam.

“If you are constructing a huge water body like the reservoir of GERD, this causes a massive amount of pressure on the Earth’s crust,” leading to fault slippage and earthquakes, El-Askary said.

Bilham tentatively agreed. “I consider it very probable that earthquakes will indeed be induced by the GERD project, as for example occurred when the Kariba and Aswan dams were first filled,” he said.

Representatives from the GERD and the Italian company Pietrangeli, which is implementing the project, did not respond to multiple calls for comment. 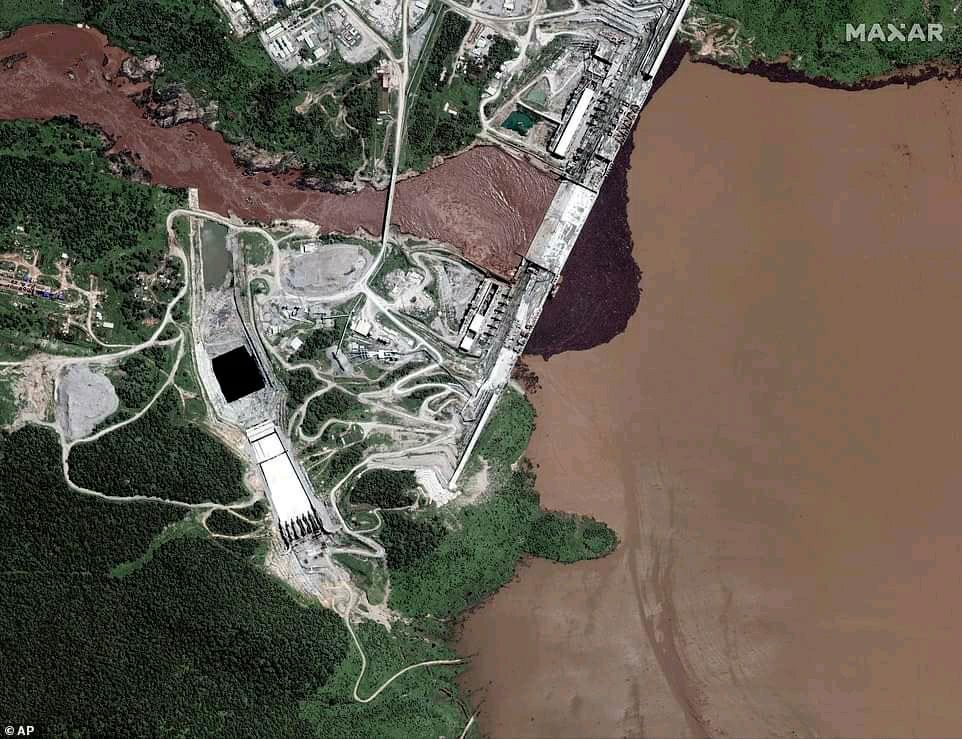 Landslides and flooding present other risks to the dam, according to published reports. The source of the Blue Nile is Lake Tana, which sits 1,788 metres above sea level in the Ethiopian Highlands. The river moves across steep and sometimes unstable slopes as it approaches the dam. Sharaky pointed out that “it rains heavily in July, August, and September, and the average daily water flow is over 600 million cubic metres.”

Flash floods or unexpected water inflows from heavy rainfall—expected to increase with climate change—could raise water to levels the dam might not be able to handle, and trapped silt may make it even more vulnerable to collapse or spillover, researchers have noted. Over the past 40 years, existing dams in Sudan and Ethiopia have lost around half their capacity to siltation.

Concerns about the structural integrity of the GERD have become more urgent this summer as recent satellite imagery showed the reservoir behind the dam beginning to swell with Addis Ababa’s preparing for the third stage of filling.

The GERD’s second filling has officially begun, according to the satellite images. The first filling began early in July 2020, and ended on 21 July 2020, meaning that about 5 billion cbm was stored. On 14 April 2021, Ethiopia opened two gates of the dam, and about 1 billion cbm of the first storage was drained until 25 June.

Ethiopia is currently hoping to raise the level of the middle corridor by 20 metres to reach the target level of 595 metres, which is equivalent to a storage capacity of 13.5 billion cbm, not 18.5 billion cbm according to the engineering table by the Italian executing firm.

Therefore, the next filling will range from 3 to 5.5 billion cbm. The filling is still rejected by Egypt and Sudan in any quantity.

Recent satellite images taken on 24 May 2022 show the continuation of water flowing through one of the drain holes and turbine number 10, and concrete is being thrown into the middle corridor.

In 2021, representatives from Egypt, Sudan, and Ethiopia engaged in two rounds of negotiations on the dam’s operation, one chaired by the United Nations and the other sponsored by the African Union.

Leaders agreed to resume talks at an unspecified later date, focused on forming a legally binding agreement on the filling and operation of the dam. But, no progress has been achieved on the negotiation side for about a year. 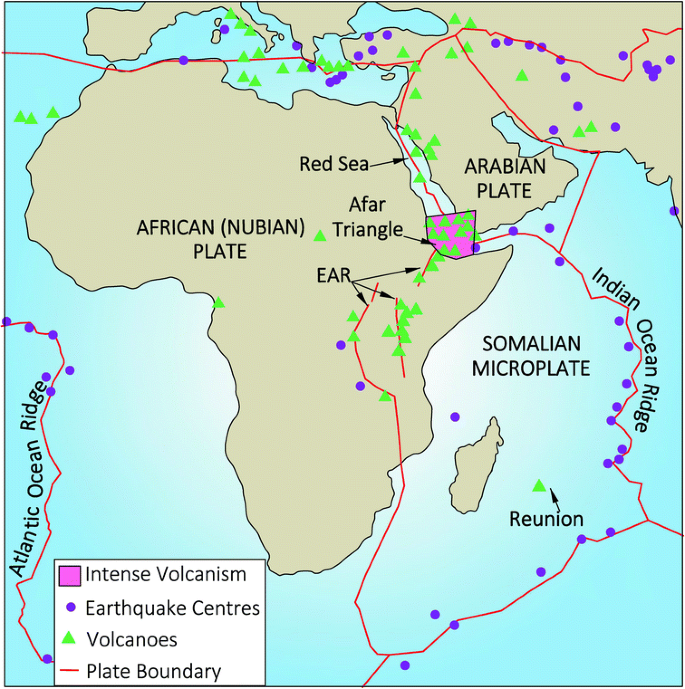 Given the current stage of construction, Ethiopia cannot stop the filling process as the reservoir behind the dam will be filled naturally during the Blue Nile’s rainy season, which lasts until September, according to a statement by Mohammed Basheer, the water expert at Manchester University.

The reason behind that is that there is more water flowing towards the dam than the water that can pass through the two open outlets in the dam wall.

Meanwhile, with the third filling approaching, researchers warned that failure to take measures to confront the potential water deficit due to the construction of the GERD, and to reach a joint agreement on filling and managing the dam, may cause serious effects on the Egyptian economy.

According to a study published in the Journal of Environmental Research Letters last year, the average projected annual water deficit in Egypt during the filling period – taking into account other factors related to the geology of the GERD reservoir – could reach 31 billion cbm per year, which is exceeding a third of Egypt’s current water reserves.

As a result, the Egyptian agricultural area is threatened with a worrying decline, which may reach 72% and the national product per capita in Egypt is expected to decrease by up to 8%, and then the unemployment rate may reach 25%, according to the study.

However, the authors of the study say the GERD is not a “pure evil” for Egypt, but rather contributes to reducing the amount of silt in front of the Aswan High Dam (siltation) and thus helps to prolong its life. 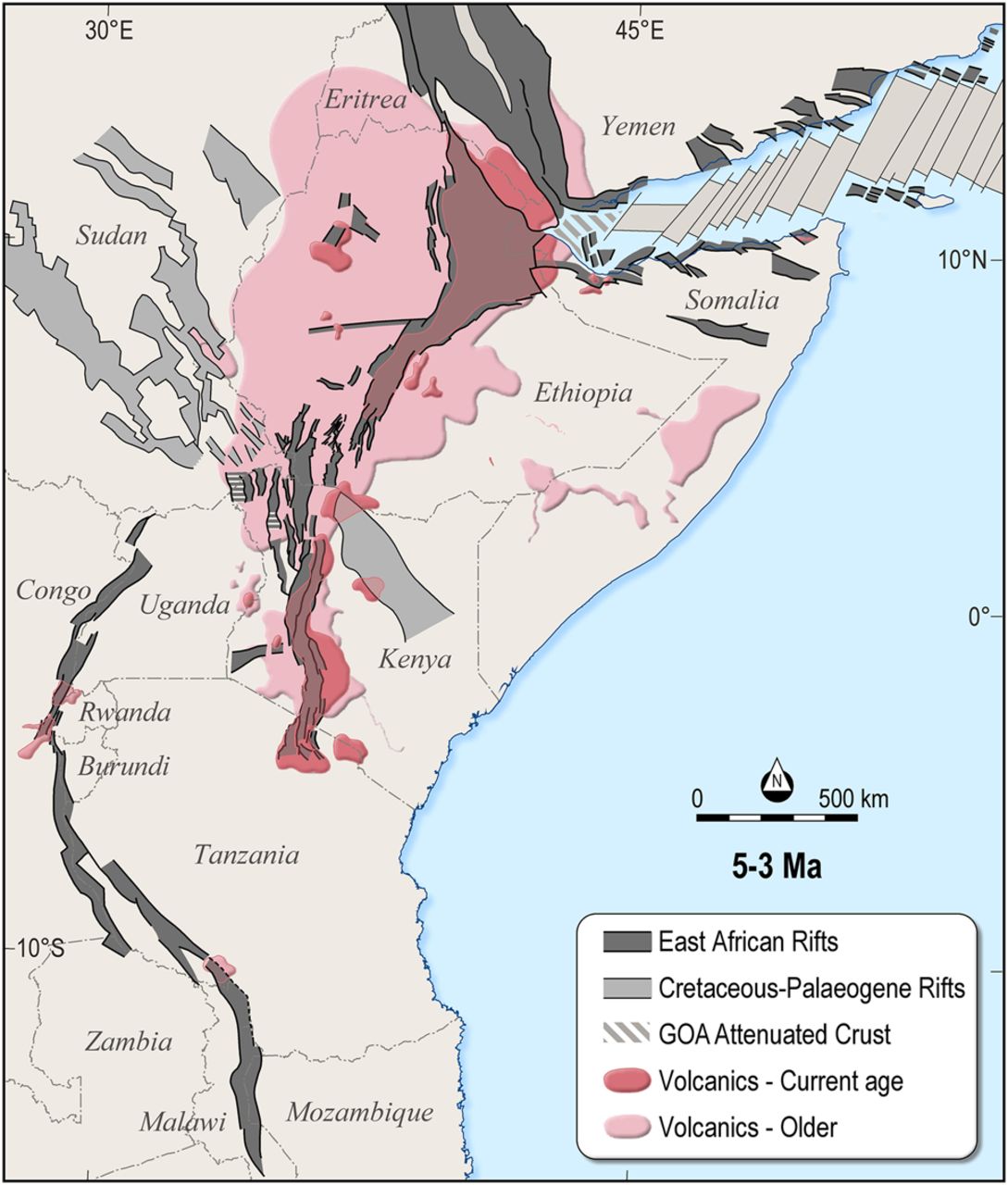 The long-running dispute between Egypt, Sudan and Ethiopia over the massive hydroelectric dam over the Blue Nile could reach a solution that saves the water security of the downstream nations and allow Ethiopia to achieve its economic ambitious, and also to avoid natural risks on the dam’s body, according to a research paper published in Nature Energy.

This approach will lighten the water pressure on the GERD, and then decrease the potentials of natural hazards related to the weight of water load in the reservoir.

Sebastian Sterl, the energy expert at Vrije Universiteit Brussel explained that the proposed approach has multiple co-benefits. Ethiopia will benefit from year-round, reliable electricity generation from a mix of hydropower, solar power and wind power, which will be cheaper than hydropower-only on the long term; it will also position itself as East Africa’s biggest power exporter, and make more optimal use of GERD’s infrastructure as compared to a situation without solar/wind power.

Sudan will be able to displace polluting fossil fuels with solar and wind power, backed up by GERD; the flood and drought mitigation that GERD promises for Sudan, will be safeguarded; and Nile river ecology will be better protected as compared to a situation without solar and wind power.

“For Egypt, it will be assured that GERD does no harm, and it will receive more water during dry years than before, and will not even have to considerably change operation of the High Aswan Dam as compared to today,” says Sterl.