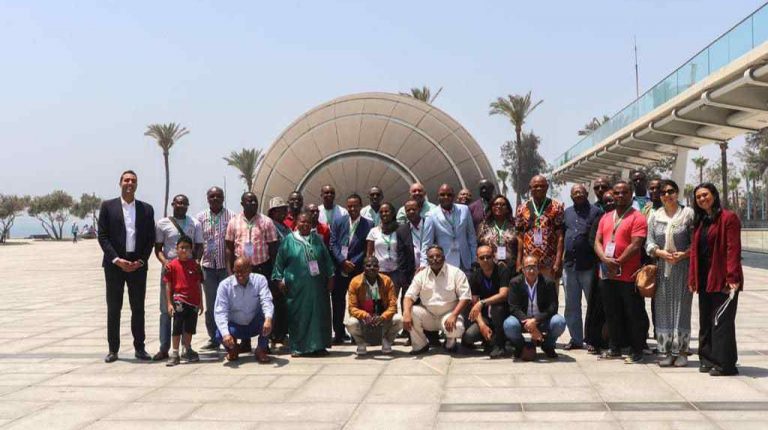 Over the past two weeks, the Egyptian Agency for Partnership and Development (EPAD) organised a programme for African media.

Organising this comprehensive programme annually comes within the framework of the agency’s efforts to enhance cooperation between African countries in the field of journalism and media as well as presenting the huge development efforts that Egypt is witnessing recently in various fields, conveying the true picture of the situation in Egypt to fellow African states.

The programme included organising several meetings of the media delegation with a number of senior Egyptian officials as well as organising several field visits to various national institutions and some major national projects that are being established on Egypt’s lands.

This is to provide representatives of various African media outlets with an opportunity to learn more about the views of the Egyptian government and the great priority it attaches to elevating cooperation with the rest of Africa to new heights.

For his part, Mohamed Khalil – Secretary-General of the EPAD — reviewed the agency’s recent efforts in the field of media in terms of establishing capacity-building programmes in African countries, sending experts, and providing support in various fields according to the priorities of each country.

He also stressed the important role of the media as platforms to raise awareness and support the efforts of countries in achieving the UN sustainable development goals, identify common challenges as well as achievements and successful experiences to build on and benefit from.

The programme’s activities for this year also included many visits and meetings, where the delegation visited Al-Azhar as well as the Saint Mark Coptic Orthodox Cathedral in Abbasiya; in addition to visiting the Nasser Higher Military Academy; the police academy; the National Training Academy; the Egyptian Council for Foreign Affairs; the Arab Organisation for industrialisation; the Cairo International Centre for Conflict Resolution, peacekeeping, and peacebuilding(CCCPA); and the New Administrative Capital.

The programme also included visits to the Smart Village, VACSERA, and the German University in Cairo, in addition to field tours in other governorates, such as the Bibliotheca Alexandrina and the Suez Canal Authority.