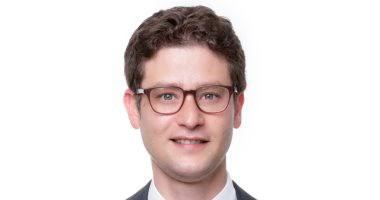 Expectations prevailed that this year would be the year of IPOs in the Egyptian Exchange (EGX), especially after the government resumed its IPO programme last year to offer the e-finance company, which paved the way for more government and private offerings during the current year.

Based on this, Daily News Egypt interviewed the Co-Chair of the Promotion and IPO Coverage Sector at EFG Hermes, Mostafa Gad, to learn about the company’s activities and the expected IPOs during 2022, after two years of a slowdown in the EGX.

What are your expectations for the IPOs in 2022, and will they include the offering of Banque du Caire?

It is expected to complete the offering of Banque du Caire during the current year, after obtaining the necessary approvals from the Governmental Proposals Committee, the Central Bank of Egypt, as well as Banque Misr. Hermes plays the role of the bank’s financial advisor in the offering.

The resumption of the government’s offering program is very important to revive the EGX trading. The offering would attract new foreign investments, especially institutions, after the absence of their role in the market recently.

What about the private sector IPO and your expectations for them during 2022?

The private sector has begun to think again about propositions, as Hermes is currently working on three additional propositions besides Banque du Caire, led by Macro Capital, which is currently preparing for listing in the Egyptian market, likely to be completed soon.

Hermes is also working on preparing two companies owned by B Investments and Abu Auf for public offering on the EGX. It is expected that they will be offered during the first half of this year.

Work is underway to prepare Abu Auf Company in terms of governance, and pending last year’s budget, to start experimental promotions to clarify the company’s success story in front of investors.

There are other companies intending to debut on the Egyptian Stock Exchange, who started talking with Hermes about the possibility of doing so. The success of the expected offerings is enough to encourage a large number of investors to take the step of offering on the stock exchange in a more serious manner.

I expect an increase in the number of IPOs during the current year, especially after their numbers declined during the past two years due to the circumstances of the Coronavirus pandemic.

What are the current challenges facing the Egyptian Stock Exchange that may hinder attracting investments?

The challenges that the Egyptian Exchange may face this year are the expected high inflation rates, as well as expectations of higher interest rates, especially after the US Federal Reserve announced it will raise interest rates 3 times during 2022, which will undoubtedly affect emerging markets.

The time range for controlling inflation is not clear in the current period in light of the presented data. It is likely that interest rates will be raised by the Central Bank of Egypt during 2022. A third challenge is related to the exchange rate.

What are the most attractive sectors in light of the current changes and challenges?

There are stocks or sectors that will witness popularity, especially those that benefit from the high level of inflation represented in the commodity sector, petrochemicals, and those companies operating in oil activities. With the continuation of the pandemic, the health sector is also among the good sectors for investment during 2022. These sectors will lead a positive performance even in an inflationary environment and high-interest rates.

Will the stock exchange be able to absorb the expected offerings in light of the current circumstances and challenges?

The fluctuations in the markets will continue to exist all the time, but the most important thing in the propositions is the success story of the company being offered, which attracts investors to subscribe, as well as a fair evaluation at an attractive price.

An example is the success of e-Finance offering, given the attractive price, which attracted foreign investment funds to enter the Egyptian market for the first time.

What is your assessment and vision of the attractiveness of investing in the debt markets, especially with the high-interest rates?

The group seeks to enhance its market share in debt instruments during the current year, after acquiring a large share of last year’s issuances.

EFG Hermes closed a number of securitization bond issuances, amounting to about 13 issues during the past year, led by an issuance in favor of its non-banking financial activities arm, and an issue in favor of the Pioneers Group, as well as the issuance of short-term bonds for Premium International.

There is a great boom in debt instruments during the current year, as the company is currently working on several issues, and it is expected to end the year with a number of issues ranging from 13 to 15 issues.

Many companies were working hard to close the issuances before the end of this year, as the group grabbed a large market share from those issues.

What is your view of the decline in sukuk issuances over the past year?

Long-term debt instruments have slowed somewhat due to the pricing of interest rates, especially in light of the current volatility, which makes government bonds attractive to investors against corporate bonds.

There are attempts to increase funds outside banks to subscribe to debt instruments, evident by recent issues that have already witnessed an increase in fund subscriptions.

What is your vision for the activity of the mergers and acquisitions market during the current year?

I am optimistic about the current year for merger and acquisition deals, especially since the Egyptian market was able to attract the attention of Gulf institutions, which was evident during the past year through the deals that were executed.

Last year witnessed two acquisitions in the real estate sector by Emirati institutions, namely the acquisition of the Sixth of October Development Company (SODIC) by Aldar Gama Alliance, as well as the acquisition of a stake in Ora Developers by Shimira Capital.

The strategic investor such as the sovereign fund is a long-term investor, which indicates an expected activity in the deals market.

The UAE sovereign fund is also constantly looking at opportunities in the Egyptian market, especially the health and pharmaceutical sectors. These sectors are also of interest to the Saudi sovereign fund.

There are direct cash flows from Gulf and foreign institutions, which would help Egypt face the challenges expected during 2022.

The period from 2014 to 2016 witnessed a boom in deals by institutions, and given the investment ages of the funds, we find that this year is a time to implement several exits, which confirms the expected activity of the deal market.

Do you think that SPACs will see great demand during the current year?

The company is very enthusiastic about these types of companies. It will witness great popularity during the current year. And Hermes is ready to play an important role in that mechanism.

How do you see the government’s direction to support the private sector?

The Egyptian government’s orientation to empower the private sector in some sectors is very positive, but it is necessary to make it clear what those sectors are.

The Information and Decision Support Center, affiliated to the Cabinet, had prepared a study that included a number of steps and procedures to enhance the state’s orientation towards supporting and supporting the private sector.