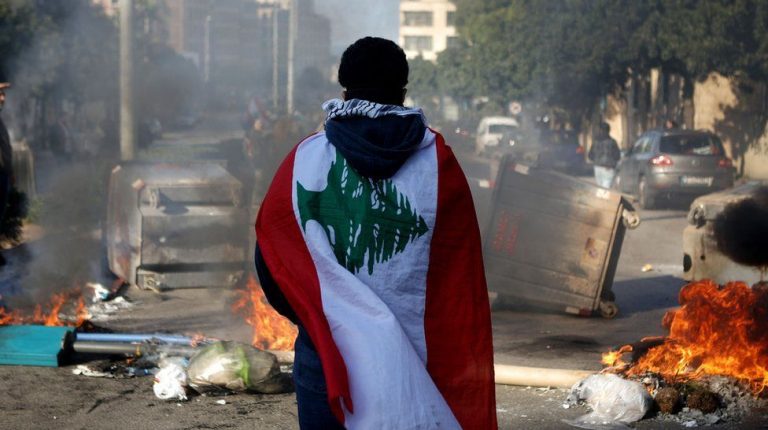 The state of confusion in Lebanon’s foreign policy in the recent period will certainly have repercussions and unfavourable results in the coming days, after the pro-Iranian Shi’a group Hezbollah laid their claim to this brotherly Arab country and became its primary actor.

This is certainly what prompted Lebanese Prime Minister Najib Mikati to say: “What Hassan Nasrallah said against the Kingdom of Saudi Arabia does not represent the position of the Lebanese government and the broader segment of the Lebanese people. It is not in Lebanon’s interest to offend any Arab country, especially the Gulf states. By God, have mercy on Lebanon and the Lebanese and stop the hateful political and sectarian incitement.”

His pleas came because he saw the danger of the increase in Iranian influence within Lebanese territories and the almost complete control Hezbollah has over most of the political currents there, including the Free Patriotic Movement led by Lebanese President Michel Aoun.

The observer of the situation in Lebanon will find that Iran is trying with all its might and on the widest scale to market the Lebanese crisis. This happened before by promoting and spreading lies through its media outlets in Tehran and Beirut, claiming that the Kingdom of Saudi Arabia was holding Hariri back and was the one who forced him to submit his resignation in a cheap attempt to fuel strife in the Lebanese streets and create a state of tension against Saudi Arabia.

The Shi’a state is trying, through an elaborate plan, to hijack Lebanon. We can say that it is already on the verge of isolating it from its Arab surroundings, as it did before with Iraq, Syria, and Yemen. This is in addition to its desperate attempts to undermine the stability of the Gulf region in general, and in particular Bahrain, Kuwait, the UAE, and Saudi Arabia, through its Shi’a fifth column.

Lebanon will certainly pay the price for Tehran’s mistakes and greed in the region, and the coming days may bring concerning news about the teetering country, given that Iran dreams of building a Persian empire at the expense of the countries of the region.

I expect that the coming days will witness the issuance of decisions to boycott Lebanon economically and politically by regional and international actors. The situation has become dangerous and threatens the advent of a new civil war, as Beirut lives in an atmosphere similar to the period before the civil war that erupted in 1975 and lasted for more than 15 years.

It is apparent to everyone that Iran wants to fight Saudi Arabia on more than one front to harass and exhaust the kingdom by using neighbouring Arab countries.

Some may wonder about the secret of Lebanon’s weakness in front of Iran and why it is a country that is easy for everyone to penetrate. To answer this, we must know that the main and most important political element that moves things inside the country is Hezbollah, which succeeded in controlling the ruling regime inside Lebanon, including President Michel Aoun, who is loyal to Iran.

This is in addition to political, sectarian, and religious divisions and regional and international interventions that have led to the establishment of various Lebanese factions and sects. Unfortunately, affiliations to the homeland have disappeared, and now the real affiliation is with sects or factions, whether from outside the country or from within it, and this is Lebanon’s real problem.