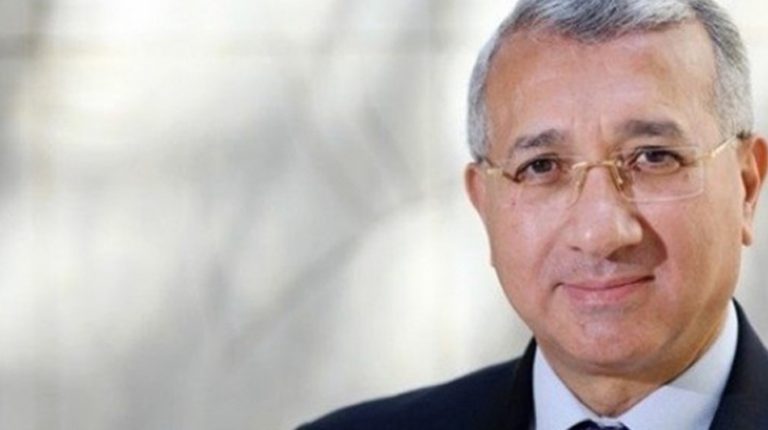 Two visions are now attracting the arena of political analysis and focusing on the shape of the world and international relations in the phase following the novel coronavirus (COVID-19) pandemic.

The first vision is hopeful and ambitious to lay the foundations and a new form of international relations based on participation and multilateral collective action to face health, environmental, economic, security, and political risks and challenges.

A vision that adopts advocacy for a new world with concepts that raise the profile of scientific research and share its results, in which countries exchange experiences, knowledge, tools, and missions that enhance the ability of everyone to address pandemics, risks and economic fluctuations.

A vision that believes in science and scientists as a national wealth for their homelands and for the rest of the world.

A vision that believes in the importance of white armies complementing traditional armies in preserving an advanced and new concept of comprehensive national security. It includes protecting the health and environmental security of societies, with equal attention to the concepts of political and economic security as traditional determinants of national security.

This vision raises the value of a world free from wars and conflicts, from weapons of mass destruction, devoted to good, public health, the environment, economic development, integration, and construction.

It would be a world in which international institutions and committees are established to implement those goals and in all fields play a pivotal role in achieving every goal with an impartial vision, and for the benefit of all. An impartial servant of all humanity. A sincere, sophisticated vision that realises the value of the information age and the future of artificial intelligence.

What has been accomplished through work, communication, and distance education is no less than the daily presence dependent on work offices and government offices, which relieved individuals and eased the burdens on traffic, the environment and the cost of daily economic life.

Conclusion: A vision of a new system. A participatory, developed, and effective world free from exploitation. A believer in man and his well-being and health. That puts an end to conflicts, wars, and occupation.

That always builds and looks for good to serve the person who left plunder of an old system based on its exploitation, oppression, sacrifice, and thrust into the tide of fierce battles, oppressive occupations, and economic pressures. A neglected healthy person, unemployed, refugee, and homeless, whose energy is exhausted for the welfare of the few. He lacks a sense of security in his life and no guarantee for his future or the future of his children.

The second vision is the vision of the stakeholders and the influential countries that benefited from an ancient world that preceded the coronavirus. They were the ones who subdued, forced, ignited fires and conflicts, and made gains at the expense of peoples’ blood and drowned them in a debt trap to release them, thus keeping peoples and governments, sometimes colonial and sometimes enslaved.

And since this vision is the essence of the international system that lives with its symbols and security, economic and political institutions, there is no room for reasons to explain the oppression, exploitation, and waste that resulted from the capabilities of countries and the future of peoples and other tragedies that we all know and live in different regions of the world.

The owners of this authoritarian vision are currently waiting to re-enter the wheel of the international system, after the pandemic, to re-impose their authority and influence, and their exploitation of the pressuring economic conditions on other peoples and countries. This may increase at a future stage dominated by recession, and economic and political turmoil, amid feverish pressure to back away from the path and gains of globalisation and uphold national interests.

We, however, are holders of a genuine interest in a new, participatory, more humane world order based on principles and values ​​that protect mankind and peoples based on globalisation and a just political, economic, cultural and social pluralism.

It would also guarantee an international commitment to it and call for its application to the national arenas, so it becomes a covenant and charter that concerns the international community as a whole. It would also take into account a national obligation that individual states or regions must adhere to and incorporate into national plans and policies.

To put the initiative into practice, I cannot find a better place and time than the next meeting of the United Nations General Assembly during the month of September, where the international will and the leaders of the world meet, whether spatially or through video technology.

Let them confer and discuss a new world based on a covenant and a charter of principles that have become a state and necessary.

And so that this international document will be prepared and from now until next September. I call for several diplomats to work together from now in this direction.

I see an occasion for it to be at the summit level, so that Egyptian President Abdel Fattah Al-Sisi can talk with French President Emmanuel Macron and the German Chancellor Angela Merkel. They would then communicate together with the US President [Joe] Biden, the Russian [President Vladimir] Putin, and the Chinese leader Xi Jinping to launch this document.

Perhaps it is appropriate to invite the Sheikh of Al-Azhar and the Pope of the Vatican to participate in the announcement of the initiative, so the initiative is a declaration of a stage that should not be the same as the previous one.

This would see the draft document of principles presented for deliberation among a number of capitals in preparation for presenting it to the United Nations general assembly, regardless of its convening form, according to circumstances, from now until the date of the meeting.

The importance of launching this declaration/document lies in defining international practices, principles and emerging values ​​after the pandemic, and calling for their adoption in a new world. With time, the new globalisation will prevail and spread to displace wrong practices in health, environment, culture, politics, security and economics, for a new world that is more prosperous and more spacious with itself and with the value of man and human life.

The content of the “International Covenant/Document” is close to the contents of documents issued in the past months, which included many important principles and policies, including, for example, the final statement of the G20 summit in Riyadh, and the statement of G7 summit in Great Britain. It also included the joint statement of the World Bank and the International Monetary Fund (IMF), in addition to the meanings of the messages of the Sheikh of Al-Azhar, and the Pope of the Vatican.

We suggest that consultations start from now at the summit level, so that each president is tasked with presenting the initiative to the rest of the presidents to form a supportive international public opinion, whilst taking into account the exchange between several diplomats. We suggest that they start with Egypt, France, and Germany, to deliberate among themselves about the terms and principles of the new universal declaration.

The proposed perception that the advertisement begins with a thin philosophical introduction that reflects the magnitude of the stage and its importance and foresees the future, so the announcement begins as follows:

We, world leaders, leaders of their countries, officials of their international institutions and organisations, representatives of civil society, and regional organisations realise the importance of the unity of the common destiny of our states and peoples.

Together we live and share the good of this planet. We are exposed together to dangers. We share the good and the bad of this planet. Therefore, we must look impartially on the achievements made over the past decades, and what we have failed in, so that we learn lessons and support our relentless pursuit towards a better world.

A world that moves as a unified front by sharing information in a transparent and immediate manner, and to share the results of research and science to eliminate common risks. We must create a front that believes in science, promotes public health and its workers, supports international institutions, exchanges opinion and advice, shares needs, tools, tasks and information, protects human lives and supports and protects healthcare workers.

It would create a world in which human families unite in providing support and assistance to the peoples and governments most in need to face the expected economic pressures, protect people’s work and opportunities for a decent life, safeguard their economic incomes and their social and cultural well-being, and restore confidence and economic stability.

And teamwork to support international partnerships, bodies, and civil society organisations to cooperate voluntarily to contribute to efforts to respond to health risks, including through pandemics, and to confirm and fund research and innovation efforts and fund scientific research and its institutions.

At the same time, we should create international, economic, security and political partnerships to restore stability in the various regions of the world. We need to address the differences and conflicts that increase suffering and prevent the growth of societies, that push for more illegal immigration[NI1] , and feed the environment of international terrorism.

In the interest of the security and safety of societies, the international community must stand on one front against the threat of terrorism and confront the operations of using terrorism and armed militias to achieve political purposes and impose regional influence in different regions.

Calling upon all parties concerned with specific conflicts, and in the presence of the relevant regional parties, to settle the regional situation between them in order to achieve stability and the goal of collective security lost in some areas where interests are in conflict in a way that does not consider the interests of the other.

Strengthening the capacities of national economies, especially the neediest countries, supporting international financing institutions for them, and supporting the policies of their central banks and joint work to reduce the debt burden, especially on Africa, at this stage.

This would see the allocation of the required resources to protect refugee and displaced communities in Africa and the Middle East, and to provide protection to vulnerable groups and those under occupation, as well as the development, educational, health and humanitarian support required for them.

Joint work needs to take place to declare a ceasefire in all conflict areas, and to put forward international and regional solutions that understand the motives of all parties and invite them to devote themselves to building, common development and collective security, and to stop the drain of resources and human suffering, realizing that the real war is against poverty.

Announcement conclusion: We, the leaders of the world countries, call to provide support and assistance to the United Nations and its institutions, and to jointly strive to implement the principles of this declaration. This would see the adoption of a UN resolution issued at the current session of the General Assembly, and signed by leaders of the countries participating in the current session. It would invite all countries present at this session to adopt it at the national level, and through the various regional groupings.

Humanity, our states, and our peoples alike have been exposed to common dangers that require collective action through a new, different vision that is more respectful and adhering to our common values ​​and heritage.

The former Egyptian ambassador to Germany, the Republic of India and the Hashemite Kingdom of Jordan

The Pope and Grand Imam: A Thorny Path

Opinion| For a Post-COVID world assuring Human Security, leaving no one behind