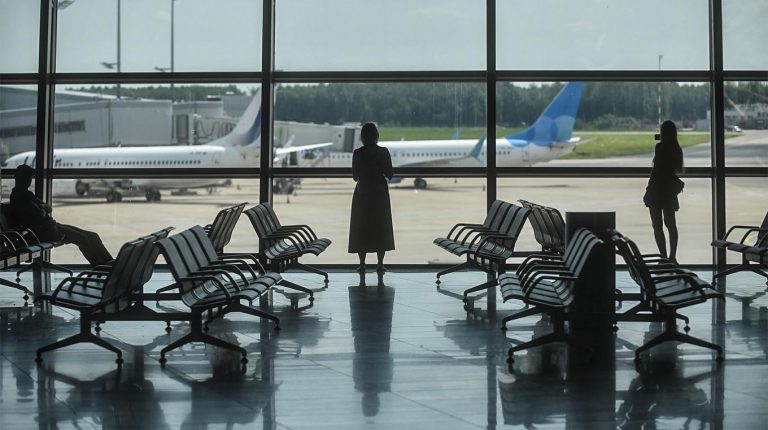 EgyptAir has announced that the Egyptian Civil Aviation Authority has approved Russia’s request to restart flights between Cairo and Moscow from mid-September.

In a press statement on Sunday, Egypt’s flag carrier said that it will resume flights in conjunction with Russia’s Aeroflot. International flights to and from Egypt resumed on 1 July, following the Egyptian government’s decision to suspend them in March, due to the novel coronavirus (COVID-19).

Russia suspended all regular and charter international flights with other countries at the end of March due to the global pandemic, allowing only repatriation trips for its citizens.

EgyptAir added that the civil aviation authorities of both countries are currently coordinating to finalise the necessary preparations to start the actual operation of flights in mid-September.

Earlier in September, the Reuters news agency reported that the Russian government had announced the resumption of flights with Egypt, the UAE, and the Maldives. This resumption came after months of flight suspensions due to the coronavirus.

“Russia used to be one of the top three markets exporting tourists to Egypt,” according to Hesham El Damery, former president of the Tourism Promotion Authority.

In late October 2015, a Russian passenger plane crashed in Sinai leaving no survivors. As a result of the crash, Russia imposed a travel ban on Egypt, with the ban only being lifted in April 2018, after suspension of more than two years.

El Damery said that upcoming resumption of flights will cover regular rather than charter flights. This will mean that, for now at least, the number of visitors will be significantly less than those arriving on charter flights.

“Egypt will present a new type of product to Russian tourists, notably shifting the focus to cultural tourism,” El Damery said. “It will also provide Russian tourists with domestic tourism between Cairo and the Red Sea governorates through one day trips.”

He added, “We are currently in a phase where we are happy for any country to resume its flights, whether to Cairo or to the Red Sea, as this reflects that country’s trust in Egyptian tourism product.”

El Damery also said that the focus in Egypt remains on the health and safety measures nationwide. The volume of flights that Russia is operating to Cairo means that the former trusts the Egyptian state’s way of dealing with the crisis, El Damery and Sultan said.

They both hope that Russia’s step would encourage a lot of countries to resume their flow of tourism to Egypt.

For his part, Elhamy El Zayat, former Chairperson of the Egyptian Tourism Federation (ETF), told Daily News Egypt that the resumption of Cairo-Moscow flights will not bring large number of tourists. They will, instead, focus mainly on business trips.

“I think the cost of the trip will be more expensive now for the tourist, as the regular flights are more expensive than the charter ones,” El Zayat said. “As Russian tourists prefer beach tourism, they will not wish to pay $220 to go to Hurghada or Sharm El-Sheikh, when they can pay $200 for the whole trip using charter flights.”

Passenger flights in Arab region halved in 6M 2020 due to COVID-19: ESCWA