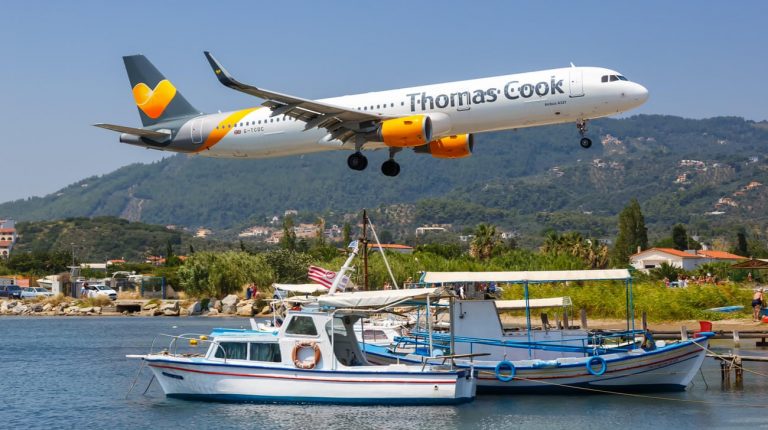 The volume of the travel agency Thomas Cook’s debts for the Egyptian tourism sector does not exceed €14 m, of which €7m are for Blue Sky Group, the agency’s agent in Egypt, according to Blue Sky.

Hossam El-Shaer, chairperson of Blue Sky Group, owner of the Sunrise Inn, and chairperson of Egyptian Travel Agents Association (ETTA), told Daily News Egypt that Thomas Cook’s assets will be sold to pay off its debts, noting that the company’s bankruptcy did not negatively affect Egyptian hotels, especially that many companies have acquired their share in Egypt.

With regards to Blue Sky Group’s expansion plan, El Shaer stated that it has bought two hotels in Sharm el-Sheikh that were closed with investments worth $50 m.

He added that his company will completely renovate the two hotels before reopening them, especially as the closure period exceeds three years.

El-Shaer revealed that his company would invest another $15m to develop the two hotels, according to the company’s initial studies.

He showed that his company is about to complete the construction of three other hotels in Sharm El Sheikh, which will include 650 rooms scheduled to be opened in 2020, with investments of EGP 1.5bn.

According to Al-Shaer, the investments pumped in the three hotels amounted to EGP1.5 bn, co-financed with a number of banks which he did not disclose their names.

He explained this his company is taking part in these investments to keep in line with the remarkable increase in tourist arrivals to Egypt, which is estimated to reach 30%, compared to 2018.

EasyJet looks to increase marketing in Egypt staring this Winter

Egypt’s tourism sector: poised for success after decade of fluctuations