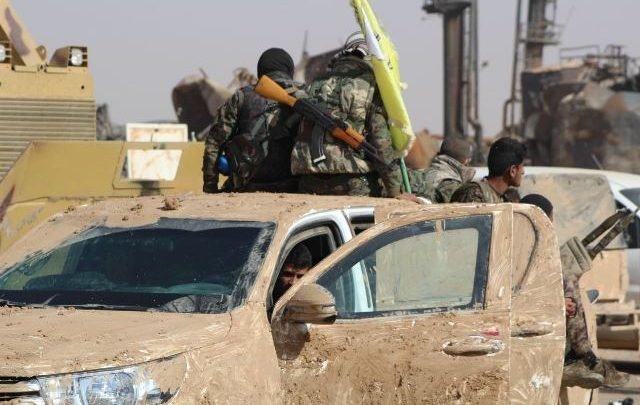 In a breach of the cease fire agreement in northeast Syria, the pro-Turkish fighters backed by the Turkish air force clashed with the Kurdish-led Syrian Democratic Forces (SDF), killing 15 militants on Saturday, the Syrian Observatory for Human Rights (SOHR) reported.

Under the Russian-Turkish agreement signed in the Russian city of Sochi, Turkey would give the Kurdish fighters another 150 hours, ending on 29 October, to withdraw from the planned safe zone area. However, the Turkish Defense Ministry said in a statement that Kurdish militia conducted rocket and mortar attacks against the Turkish military while it was conducting reconnaissance activities in Ras Al-Ain.

Meanwhile, the National Syrian Army had entered provincial borders of Ras Al-Ain near Turkey’s border on Sunday. Syrian troops had also been deployed along a road stretching some 30km south of the frontier, Sana said.

Since the Turkish offensive on 9 October in northeast Syria against Kurdish-held areas, hundreds of civilians were killed and around 300,000 people fled their homes, in the latest humanitarian crisis in Syria’s brutal eight-year war.

In a similar context, Geir Pedersen, the UN Special Envoy in Syria said that representatives of seven Arab and Western states are due to meet in the Swiss city of Geneva on Friday.

Geneva’s talks would come ahead of the first meeting of Syria’s Constitutional Committee next week, Pedersen told Reuters, adding that the seven states would not participate directly in the Syrian constitutional effort, but they supported the process.

“No one believes that the Constitutional Committee itself will solve the conflict. But if it is understood as part of a broader political process, it could be a door-opener and a very important symbolic beginning to a political process,” Pedersen said.

The Constitutional Committee would include 150 members from the Syrian government, opposition, and civil society, each sending 50 members to serve on the panel.

Water scarcity becomes a threat to many parts of the world: Shoukry