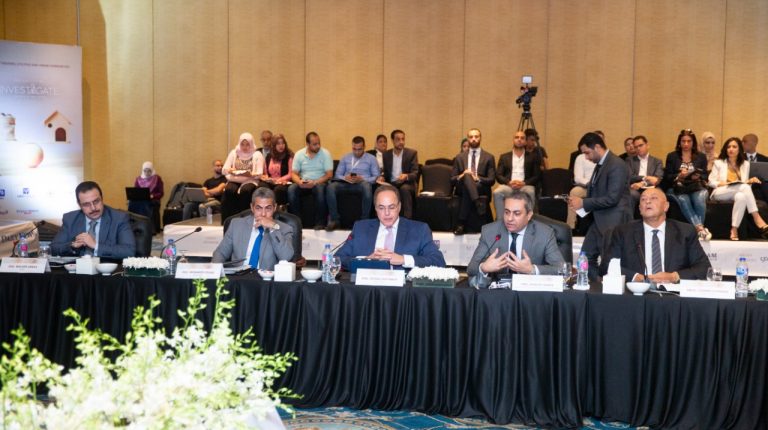 Amr Soliman, chairperson and CEO of Mountain View, said that land offerings should be controlled to ensure no shortage or increase in offered lands in the market so to achieve balance to not reach dumping or lack of land.

During Future Real Estate Investments: Opportunities and Challenges roundtable held on Wednesday, Soliman noted that some axes must be addressed before expanding real estate export, such as solving residency problems for foreigners, and the implementation of necessary promotional campaigns in targeted areas.

For his part, Waleed Mokhtar, managing director of Iwan Developments, pointed out that the high price of land will impact the final real estate product, where a unit’s size and landscaping have become smaller to compensate the high land value.

Mokhtar stressed the need for a clear plan on land offerings in the country, which enables each developer to determine their investment plan and the area they seek to obtain.

Additionally, Mokhtar said that Egypt needs to place itself on the global market to facilitate developers looking to invest abroad.

Similarly, Co-CEO of Misr Italia Properties Mohamed El Assal said that “Property registration problems are some of the biggest barriers to exporting real estate, even though the Egyptian government has taken serious measures and steps to support export. However, we won’t see any results at least until three to four years.”

El Assal asserted the need for unified promotional campaigns between developers and the State to achieve the desired result and must determine a plan for any divestment from the market.

Moreover, Khozam Developments chairperson Nader Khozam said that the current achievement in land offerings mechanisms is robust compared to previous years so that each developer can conduct a feasibility study of their project before its launch, based on land prices.

Khozam continued, “The government has to unify mandate authorities who are responsible for offering all lands in the country to determine the conditions, prices, and development plans for each region, which achieves the development goal of the state by assuming the responsibility of the New Urban Communities Authority on all lands in Egypt.”

He further noted that solving the country’s mortgage finance problems experienced in the exportation of real estate is an opportunity that will allow the government to take advantage of the current real estate situation, allowing Egypt to increase exports abroad.

Furthermore, Chairperson of First Group, Bashir Mostafa, said that the Ministry of Housing is doing well and effectively is dealing with the real estate market, it listens to the requests of developers and studies to take quick and effective decisions to deal with the needs of the market and developers.

Mostafa elaborated that the real estate system, which includes the ministry and the needs of developers and clients to focus on the customer’s needs, is meant to focus on putting into consideration the client’s financial capabilities for a unit to guarantee more investments and expansions in the sector.

Meanwhile, Amr El Kady CEO of City Edge Developments said that the land offerings system has witnessed an abundance of supply in the market during the recent period. He also mentioned that land prices are determined according to supply and demand.

El Kady pointed out that Egypt needs about two years before getting on the real estate exportation map, as it must work intensively to develop clear investment plans to be presented to foreigners, like what had been presented at the Economic Conference in Sharm El-Sheikh in March 2015, including those opportunities in various sectors within the market, whether residential, educational, medical, tourism, administrative, and commercial projects.

He further explained that foreign experiences must be studied and learned to succeed, especially the experience of Turkey, where data indicate 43% of foreign purchases in Turkey are Arabs, with Saudi Arabia being the second-highest population there in terms of property ownership.

Finally, Ahmed El Adawy CEO of Inertia Holding Group highlighted that there is a constant need for land in spite of the abundance, and different mechanisms to obtain it is positive because it provides companies with several means to choose the most suitable for them, but this led to price hikes by 50%.

El Adawy stressed that the easiest solution would be through land requirements and use, by reconsidering rates of built-up in each project and also buildings heights. This is important because replication of products and similarities in areas such as the North Coast has hurt real estate exports, coupled with a lack of diversity in property products and low competition between developers.

IWAN: an Ideal collaboration that has grown into a multibillion-pound corporation